This event was originally scheduled for January Second Friday.

For decades, voices of dissent have penetrated American culture to reform society for the betterment and advancement of this nation. From the abolition of slavery, women's suffrage and human rights to civil rights, anti-war and environmentalism, putting a message to music in protest songs has always been a hallmark for social change.

In celebration of the one-year anniversary of the historic Women’s March on Washington, the Burchfield Penney Art Center is co-organizing a Resistance Revival Chorus directed by Buffalo-based singer, songwriter Drea D’Nur.  Under the creativity and leadership of D’Nur, whose work has reached national and international acclaim, the chorus will perform pop-up selections throughout the galleries for the rights of women, people of color, immigrants, the LGBTQ community, and anyone who feels left behind by society in Friday, January 12, 5:30 pm – 7:30 pm as part of M&T Second Friday.

The Women’s March on Washington in January 2017 drew hundreds of thousands of people to the nation’s capital and millions to rallies staged around the world. Over the past year, a movement of diverse women in cities and towns nationwide have been bringing song to life in the collective spirit of resistance and protest.  A Resistance Revival Chorus in New York City staged a flash-mob in Times Square in commemoration of the Women’s March’s six-month mark. This chorus of 32 women dressed in white and sung gospel style to protest music performed during the Civil Rights Movement in the 1960s.

Drea D’Nur localized her work to highlight the rich history of Black music and art in Buffalo. Prior to her Germany recorded debut Day of D'Nur (2013), she had collaborated with industry producer and performed on ABC World News. She's worked with Grammy winning producer and writer, Greg Curtis, who wrote and produced Love and I Remember for Keyshia Cole. She also did a special Marvin Gaye cover on ABC World News Now, which was nationally aired in America.

Okayplayer.com debuted 2 of her original music videos: Cry For Change is an ode to those killed due to senseless violence, and Break Me Down is a passionate portrayal of the spirit of resilience of oppressed people highlighted with dance.

During 2016, Drea D’Nur toured Montreal and various cities throughout Europe while also using her time at home in Buffalo to design and produce a poignant celebration of Nina Simone. SPIRIT OF NINA is a powerful stage production, an original documentary film series, and photo series. The stage production was a sold-out Kleinhans Music Hall show presented twice this year. D’Nur produced a short documentary, THE SPIRIT OF NINA IN BUFFALO, in which she highlights the legendary Artist and Activists’ unique Buffalo connection and forgotten 1964 performance at Kleinhans.

To begin the process, she set out to speak with musical and dance performers in Buffalo who had performed with Ms. Simone. She was able to speak with more than four artists who shared the stage with Nina while acknowledging the powerful history of the Black Dance Workshop which provided a space and place for black Buffalo dancers to explore a rich history through dance. The film, which also pays homage to Emile Latimer, features a performance in which Latimer and Simone collaborate on Black is the Color of My True Love’s Hair, a right that was granted to very few by the stage owning Simone. Drea’s very first film will be featured at the Buffalo International Film Festival and the Polk County International Film Festival, the latter will be held in Tryon, NC which is the hometown of Nina Simone.

Drea’s celebration of Simone was not limited to film and stage, but also sought out local artists to connect to Nina through visual arts which were displayed at the Burchfield Penney Art Center. Included in these pieces were paintings by accomplished artists as well as children from the City of Buffalo. By working with organizations that serve youth in the arts, she was able to introduce a whole new generation to the story and sound of Nina Simone. Visit SPIRITOFNINA.COM for touring and educational workshop info. 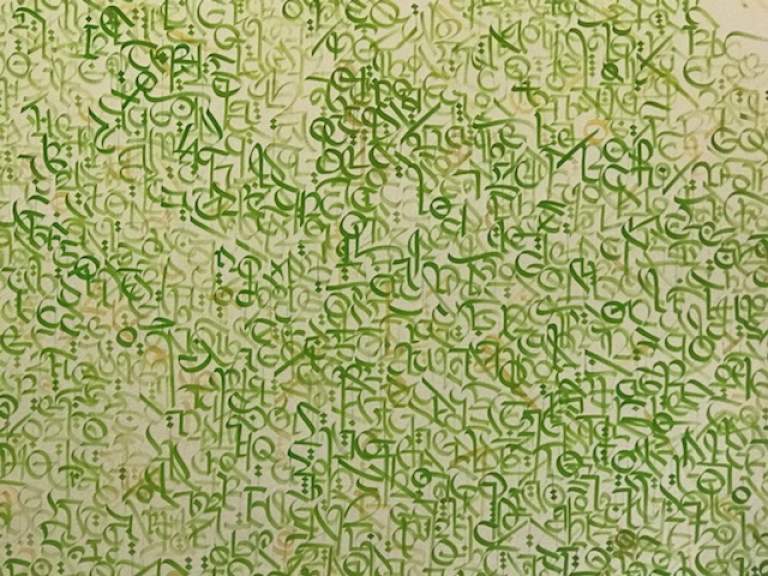