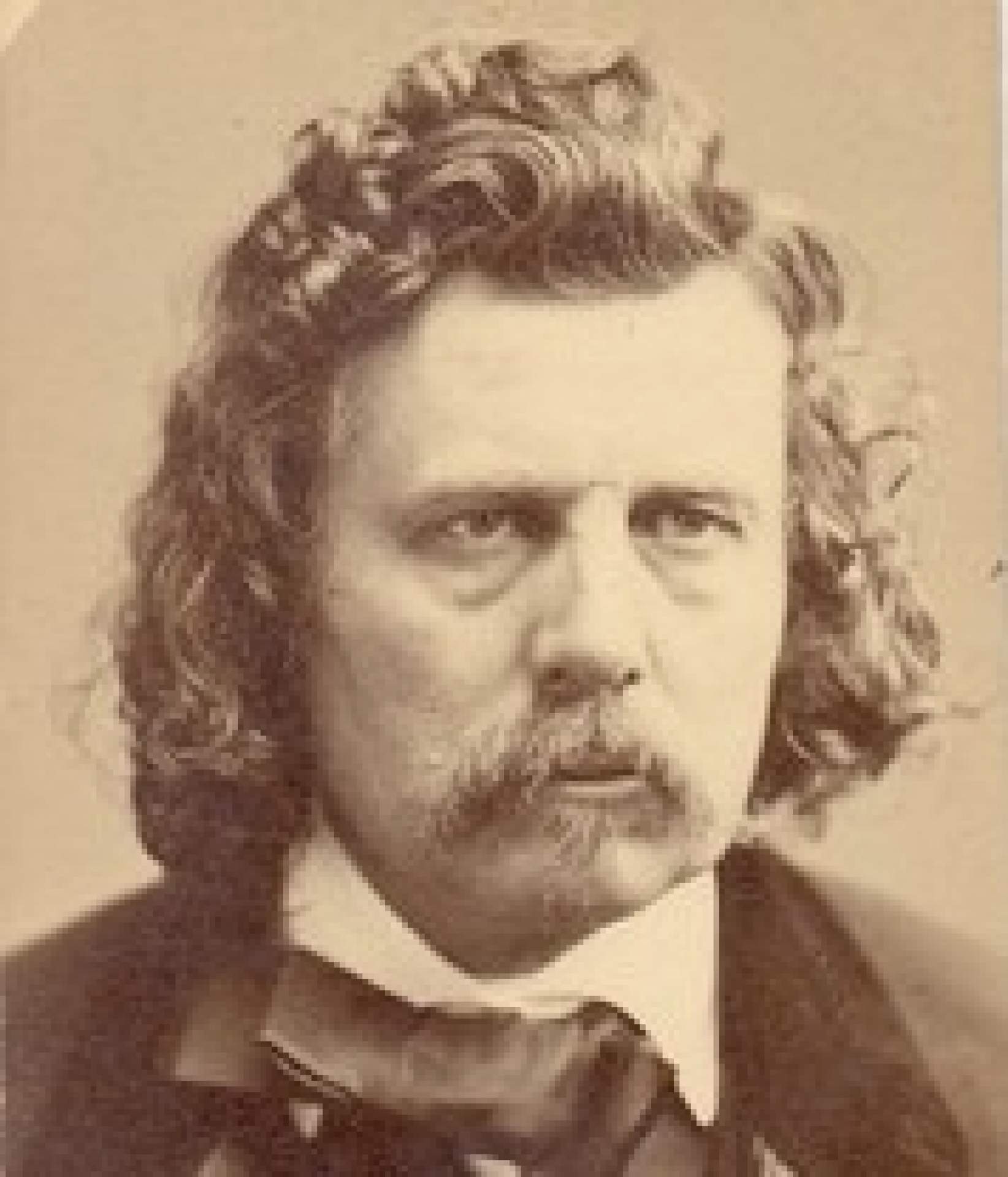 William Holbrook Beard was one of the most talented painters in Buffalo during the pre-Civil War era. His older brother, James Henry Beard (1811-1893), was also an artist. The younger Beard received artistic training from his brother and both worked as itinerant portrait painters. William settled in Buffalo in 1850, while his brother continued to travel.

In 1857 Beard went to Europe to further his training, returning briefly to Buffalo before moving to New York in 1859. Beard became famous for his animal paintings, often using satire to convey each creature’s cultural meaning—a practice that dates to antiquity and was especially popular in 19th-century European and American art.

His painting from the collection of the Buffalo AKG Art Museum, The March of Silenus, was described by author Steven A. Nash as a scathing satire: “Aimed at exposing human vulgarity, it shows a mock processional with a rotund bear as Silenus accompanied by a troupe of drunken, cavorting bears and goats.” His work also is in the collections of the Brooklyn Museum, the Burchfield Penney Art Center, the New-York Historical Society, and the Smithsonian American Art Museum, among others.