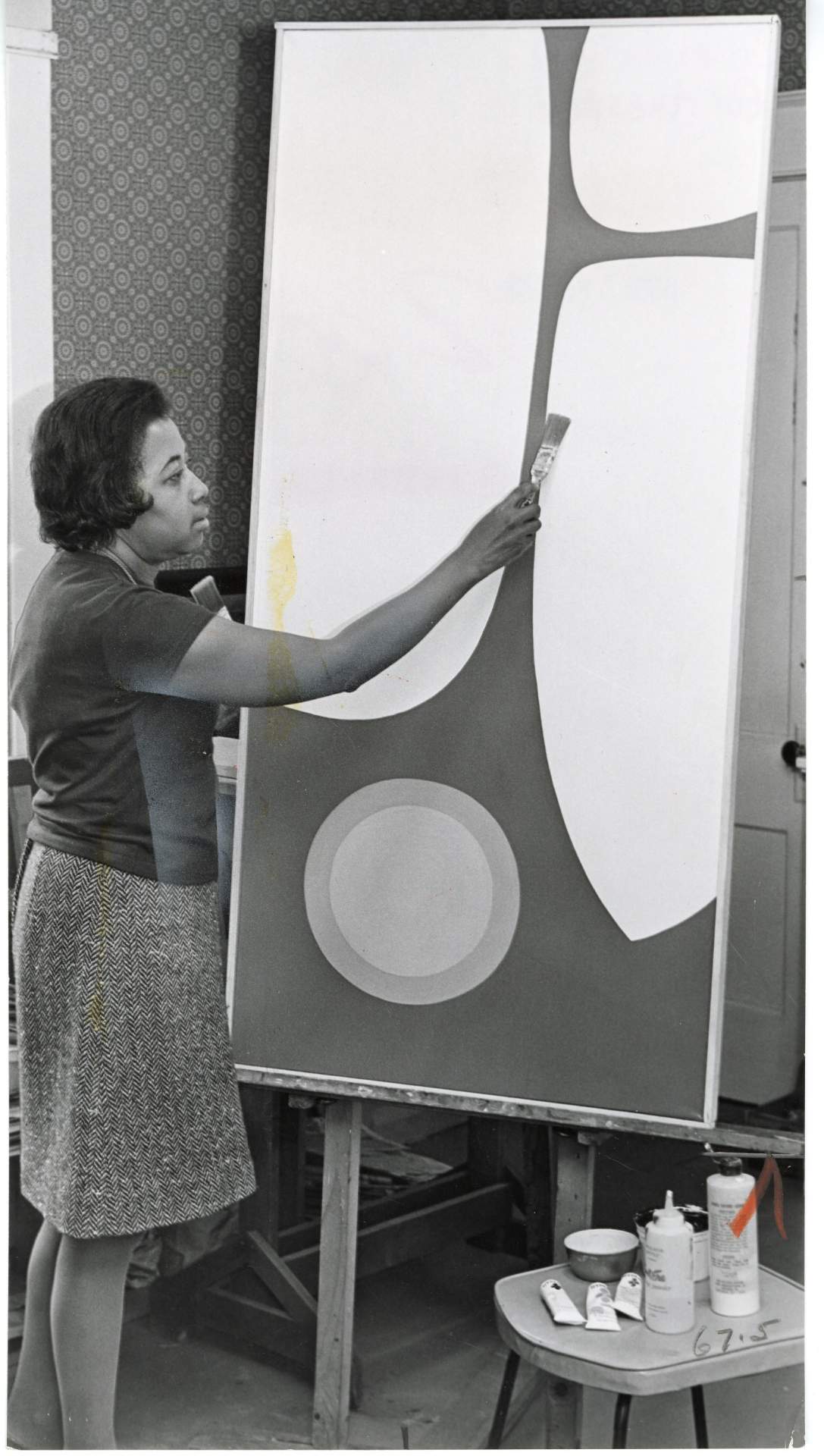 Born in Philadelphia but raised and educated in Buffalo, Wilhelmina Godfrey was a painter, weaver, printmaker, teacher, crafts consultant, and writer. She was a graduate of painting from the Albright Art School, attended the Art Institute of Buffalo, and studied at the School for American Craftsmen at the Rochester Institute of Technology. She taught painting and drawing at the Michigan Avenue YMCA in Buffalo in 1951. She became interested in weaving in 1958 after being inspired by an exhibition in Rochester. She organized State University of New York at Buffalo’s weaving program and was a teacher at their Creative Craft Center from 1967 to 1970. In addition, she taught art classes at the Community Center for St. Philip’s Episcopal Church. In 1974 she received a fellowship to study at the prestigious Haystack Mountain School of Crafts in Deer Isle, Maine.

Godfrey’s paintings often depicted the African American experience of life on Buffalo’s East Side, and her weavings usually reflected African motifs. As teacher and artist, Godfrey won respect from the arts community and served as a role model for young African Americans. In 1979, she presented at the National African American Crafts Conference Symposium. Her presentation was titled “The Negro Slave Crafts Workers of North and South Carolina.” The Arts Council in Buffalo and Erie County and Greater Buffalo Chamber of Commerce acknowledged Godfrey’s lifetime achievements with the bestowal of an Individual Professional Arts Award in 1990. During that same year, Medaille College presented an exhibition of her work.

In 1991, the Burchfield Penney Art Center acquired its first Godfrey work, the 1989 acrylic painting Sint Maarten (Dutch West Indies), that displays the jewel tones of the ocean beyond a balustrade. It was purchased with funds donated by M&T Bank. In 1994, the artist’s husband, William Godfrey, Jr. and her daughter, Carol B. Wing donatedCity Playground (1949-1950) to the Burchfield Penney Art Center for its collection, and in 2009 Craig Flinner donated 15 preliminary studies Godfrey made for the work that show her working process. Two weavings from the 1970s that incorporate African motifs are Face Fetish, donated by Carol and Emanuel Parzen in 2009, and the Untitled (#22), a gift of George J. Heusinger, Jr. in 2011. In addition, Mark Dabney donated an extensive archive of materials relating to Wilhelmina Godfrey’s career in 2018. It includes: 350 color slides of her paintings, weavings, and prints; a 277-page copy of her manuscript, “From These Hands: Contemporary African-American Craftspeople of the 60’s and 70’s,” copyrighted 1980; as well as a folder that contains inventories of artworks, biographical information, exhibition details, and other information.