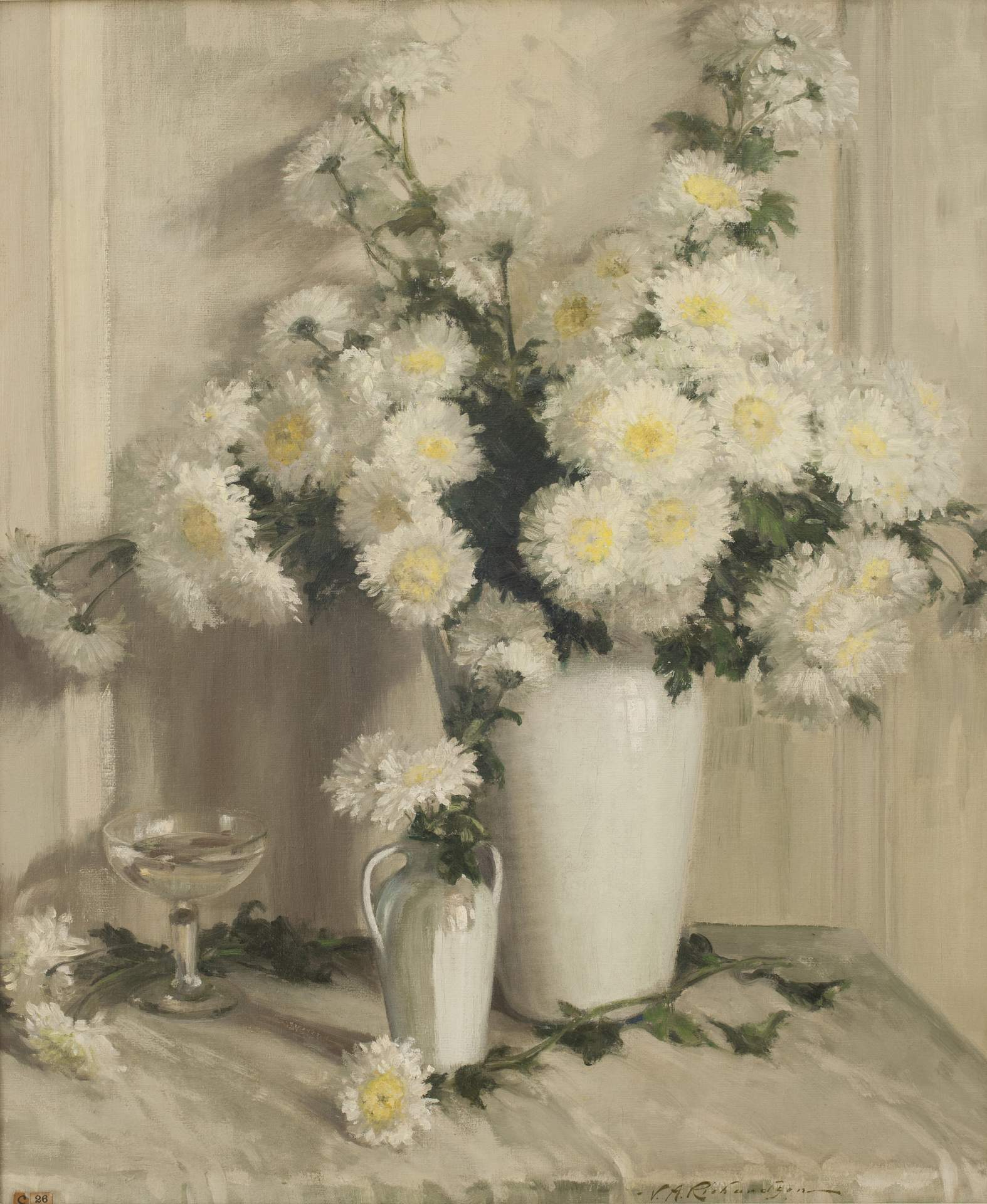 Volney Allan Richardson was an oil painter and watercolorist, illustrator, muralist, and teacher known primarily for his floral still life, landscapes, and figurative works. He was born in 1880 in Attica, New York, the youngest of three siblings. He received his art training from the Art Students League of Buffalo and the Buffalo School of Fine Arts, where he studied with William Merritt Chase. He also studied with a number of notable private instructors, including Frank Vincent DuMond, Charles Webster Hawthorne, and Lucius Wolcott Hitchcock.

Richardson exhibited in his first group show in 1901, held by the Art Students League of Buffalo, where he received an honorable mention. In 1905, after winning the New York Scholarship, he travelled to New York to study at the Art Students League under Edward Dufner. He exhibited in group shows hosted by the New York City Art Students League in 1905 and 1906. In 1907, his illustrations were  published in several magazines. He continued to complete commissioned illustrations in New York between 1907-1912, with works featured in publications including Ladies’ World, McCall’s, The People’s Home Journal, and Holland McNeish-Kinkaid’s book The Man of Yesterday: A Romance of a Vanishing Race (1908).

In 1913, Richardson moved to Buffalo permanently. He exhibited extensively throughout the city and joined the Buffalo Society of Artists. He was also a charter member of the Arts Club of Buffalo. In 1915 he exhibited in a group show, winning second place at the Iroquois Hotel on Main Street. He exhibited with the Buffalo Society of Artists in 1925, 1930 and 1935, and with the Albright Art Gallery in 1925, 1927, 1930, and 1931. Richardson won prizes for his works at several of these exhibitions. He would also travel to Nantucket, Massachusetts in the summers during the 1920s to paint. In the summer of 1929 he exhibited at the Easy Street Gallery in Nantucket. Richardson died in 1955 in Houston, Texas.