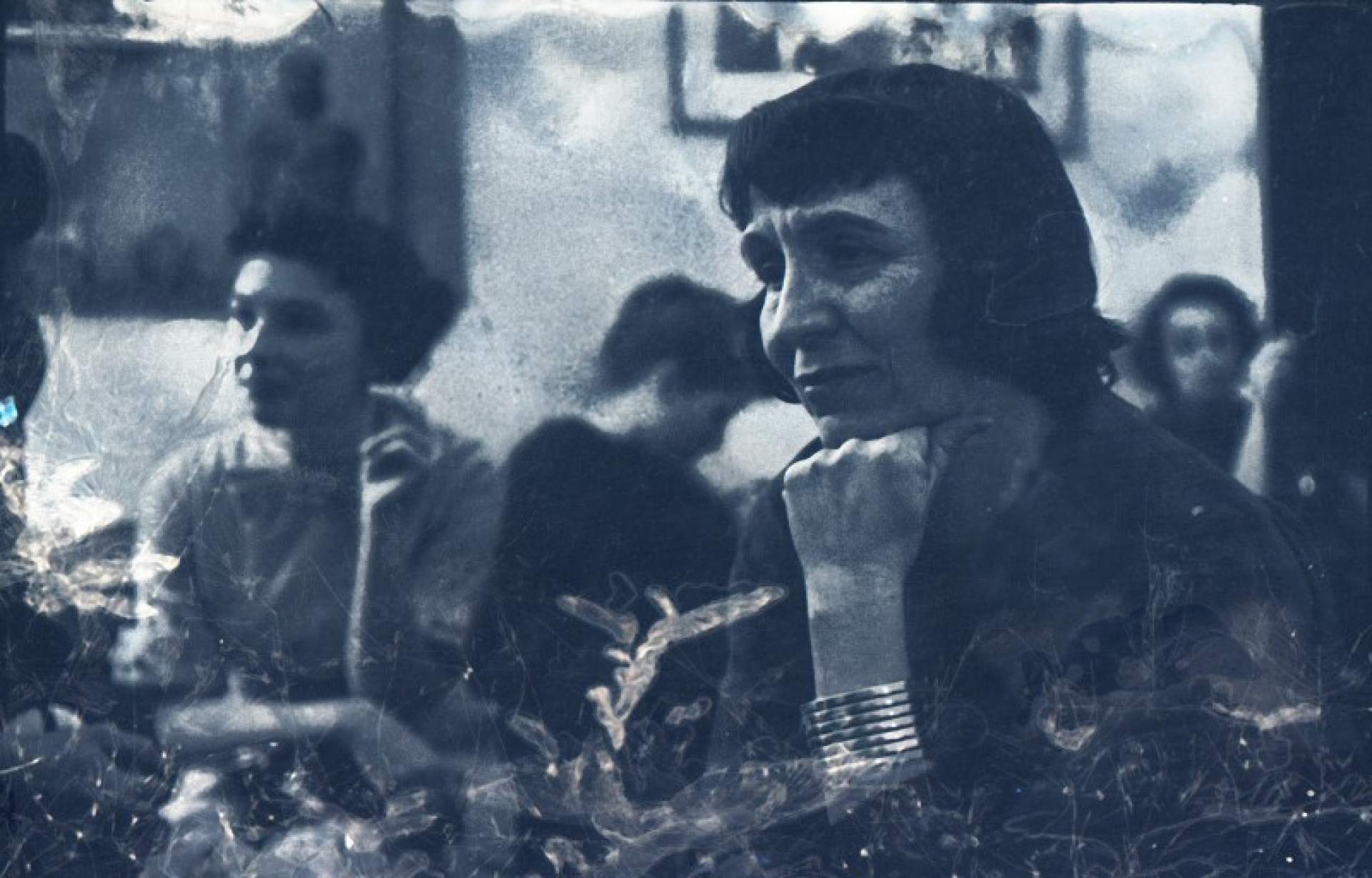 Virginia Tillou was born in Centerville, Pennsylvania, on September 13, 1906. She graduated in 1927 from the School of Fine Arts of the Buffalo Fine Arts Academy, where she studied violin before receiving an art scholarship. After a semester of art classes, she put down the violin bow and retained her paintbrushes. Tillou attended the Cape Cod School of Art in Provincetown, Massachusetts before graduating from the Albright Art School in 1929. She then spent two years as a staff artist at the Buffalo Museum of Science, painting murals for exhibits, and studied painting with Edwin Dickinson and William Hekking.

An advocate of arts in the Buffalo community, Tillou was a member of the Albright-Knox Art Gallery board of directors from 1981-1983 and was co-chairwoman of the Members Gallery and Women’s Advisory Council. She served as a charter member of the Buffalo Landmark and Preservation Board and board member of the Niagara Frontier Landmark Society. She also served as beautification chairwoman for the Allentown Association for ten years, a council member of the Friends of the School of Architecture and Environmental Design at University at Buffalo, and a member of the Main-Genesee Task Design Group for Buffalo Revitalization.

Tillou won top honors at a number of art shows she participated in. She frequently exhibited in New York, and in 1982, was the subject of a one-woman exhibition at the Rutland Gallery in London, England. In 1967, she received a mural commission for the New York State Masonic Administration Building in Utica, New York. In 1985, she exhibited at the Burchfield Art Center in a solo exhibition titled Virginia Tillou: Tabletops and Portraits. Her paintings have appeared in many collections, including Buffalo City Hall, Graphic Controls Corp., historian Andre Maurois, and singer Andy Williams.