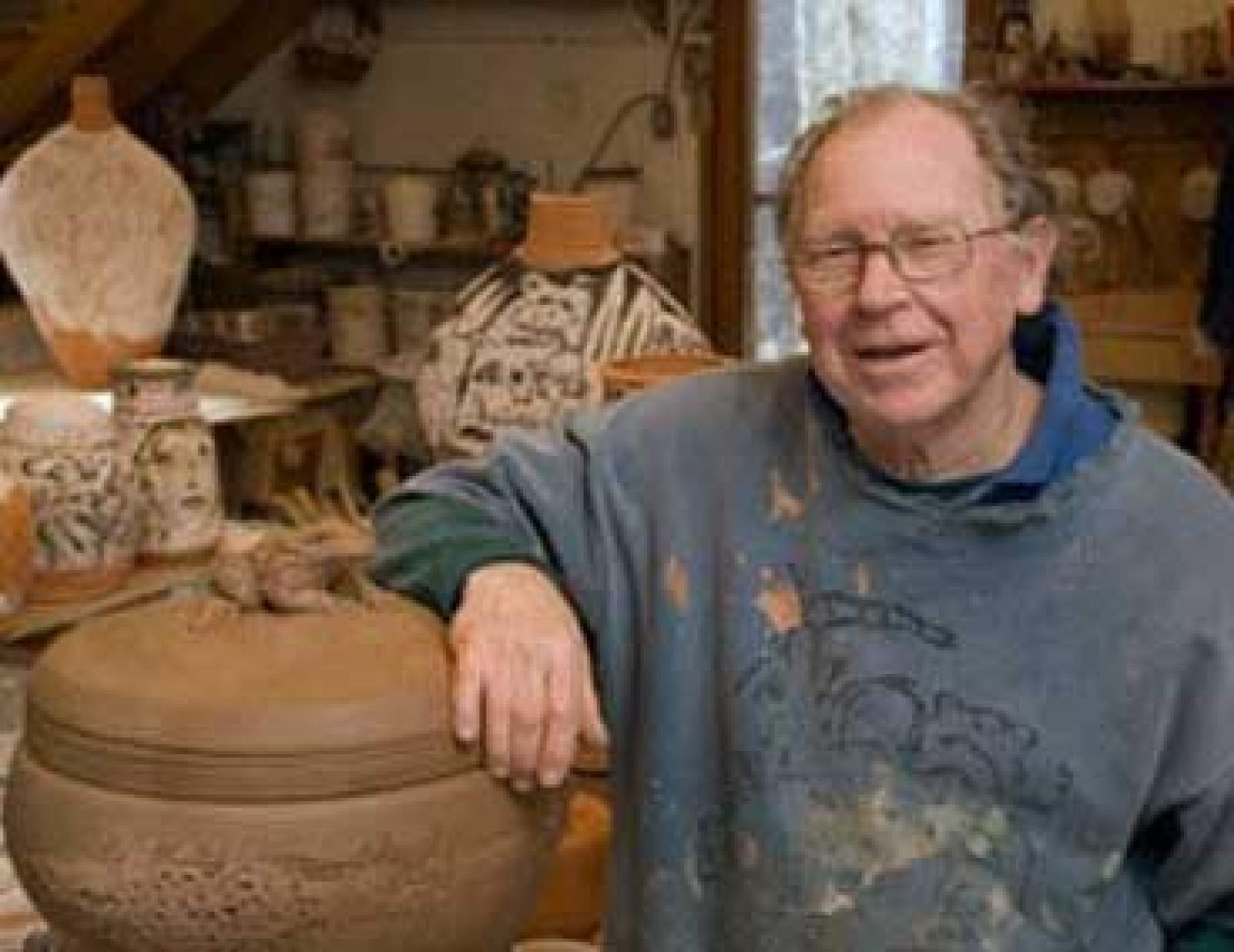 Ron Meyers is an internationally respected ceramics artist. His ties to Western New York go back to his receiving from the State University College at Buffalo both his B.S. Art Education in 1956 and M.S. Art Education in 1961 followed by an M.F.A. in Ceramics from the School for American Craftsmen, Rochester Institute of Technology in 1967. During those years (1956-67), he taught in the Gowanda Central School System, Gowanda, NY; then moved south and taught at the University of South Carolina, Columbia, SC, 1967-1972 and then the University of Georgia, Athens, GA, 1972-1992, from which he retired. One of his successful students, Rick Berman, wrote: “Like all who make art, Ron is not without his influences: Picasso, Chagall, the Leach-Hamada aesthetic, the ancient kilns of Japan and, of course, Peter Voulkos all come to one’s mind. He also was highly influenced by his graduate school ceramics teacher, Frans Wildenhain, at the Rochester Institute of Technology during the mid-1960s.” Indeed, his approach to both functional and sculptural ceramics covered with a menagerie of creatures conjures up these masters, as well as Bill Stewart and David Gilhooly.