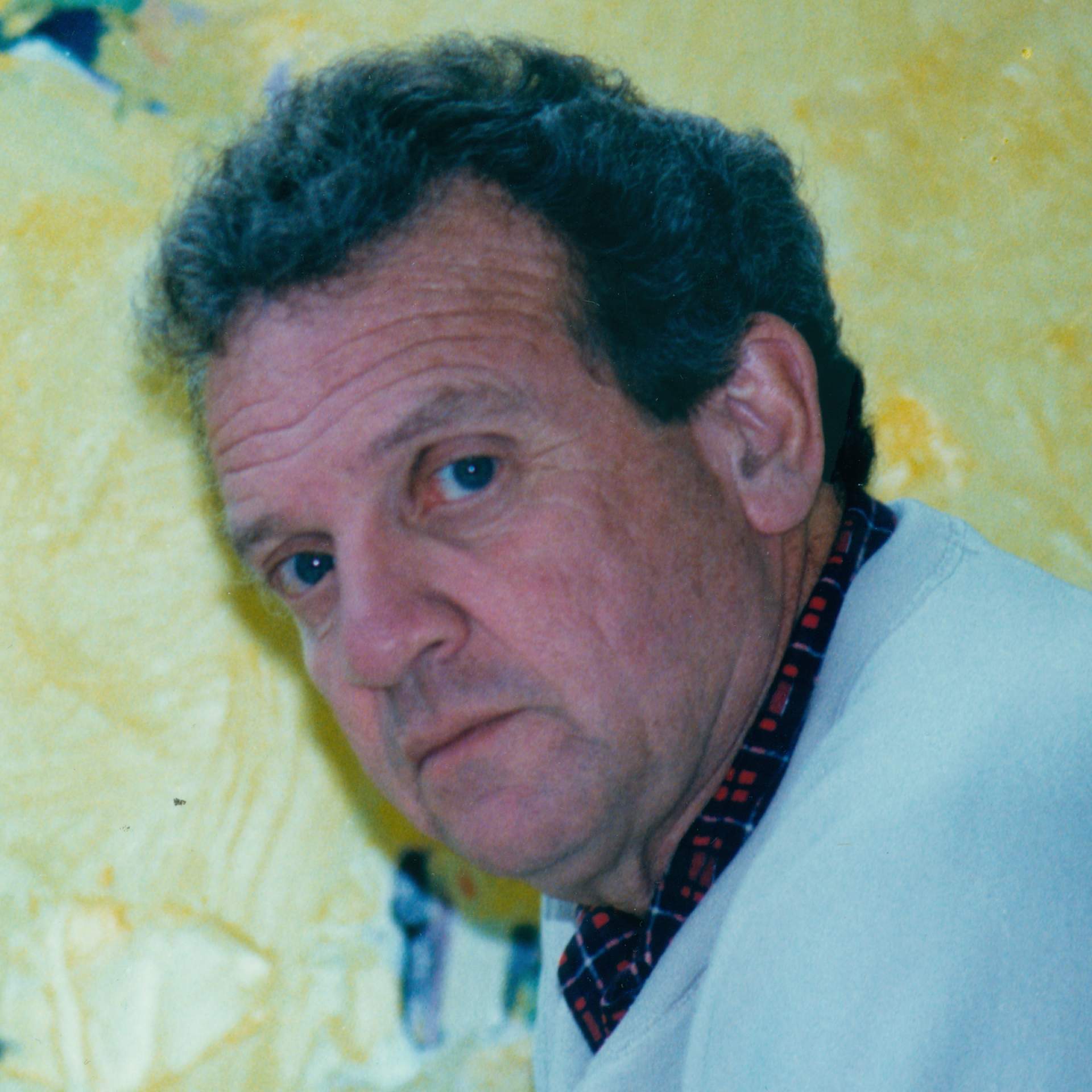 Robert Lyall Flock was a noted Western New York abstract expressionist artist, painter, illustrator, and teacher known for his oil and mixed-media paintings, mixed-media and paper collage work, as well as his ink, charcoal, and graphite drawings. He was born August 12, 1928, in Buffalo, and graduated from Kenmore High School in 1946. He served as a medic in the Korean War from 1950-1952. Seven days after he returned from Korea, he enrolled at the Albright Art School. He graduated in 1955 and went on to attend the University of Buffalo, where he received his bachelor of fine arts degree in 1958. Flock received fellowships at the Yale-Norfolk Summer School of Music and Art in 1956, and with the State University of New York Faculty Research Foundation in 1970, 1974, and 1976.

He taught art in the Kenmore Public School System at Herbert Hoover Junior High School from 1960-68. Starting in 1969, he was an assistant professor of art at Niagara County Community College in Sanborn, New York, and was later promoted to associate professor of art in 1981; he retired in 1988. Flock also taught briefly at Buffalo State College. He participated in artists’ cooperative galleries in the 1960s, including Gallery 10 in 1963 and the Tomac Gallery in 1965.

His artwork has been exhibited in galleries and museums regionally and across the United States. He has won numerous awards for his work, which can be found in public, private, and corporate collections, as well as in the permanent collections of the Buffalo AKG Art Museum and the Burchfield Penney Art Center. Flock died January 10, 2017 and is buried at Forest Avenue Cemetery in Angola, New York.