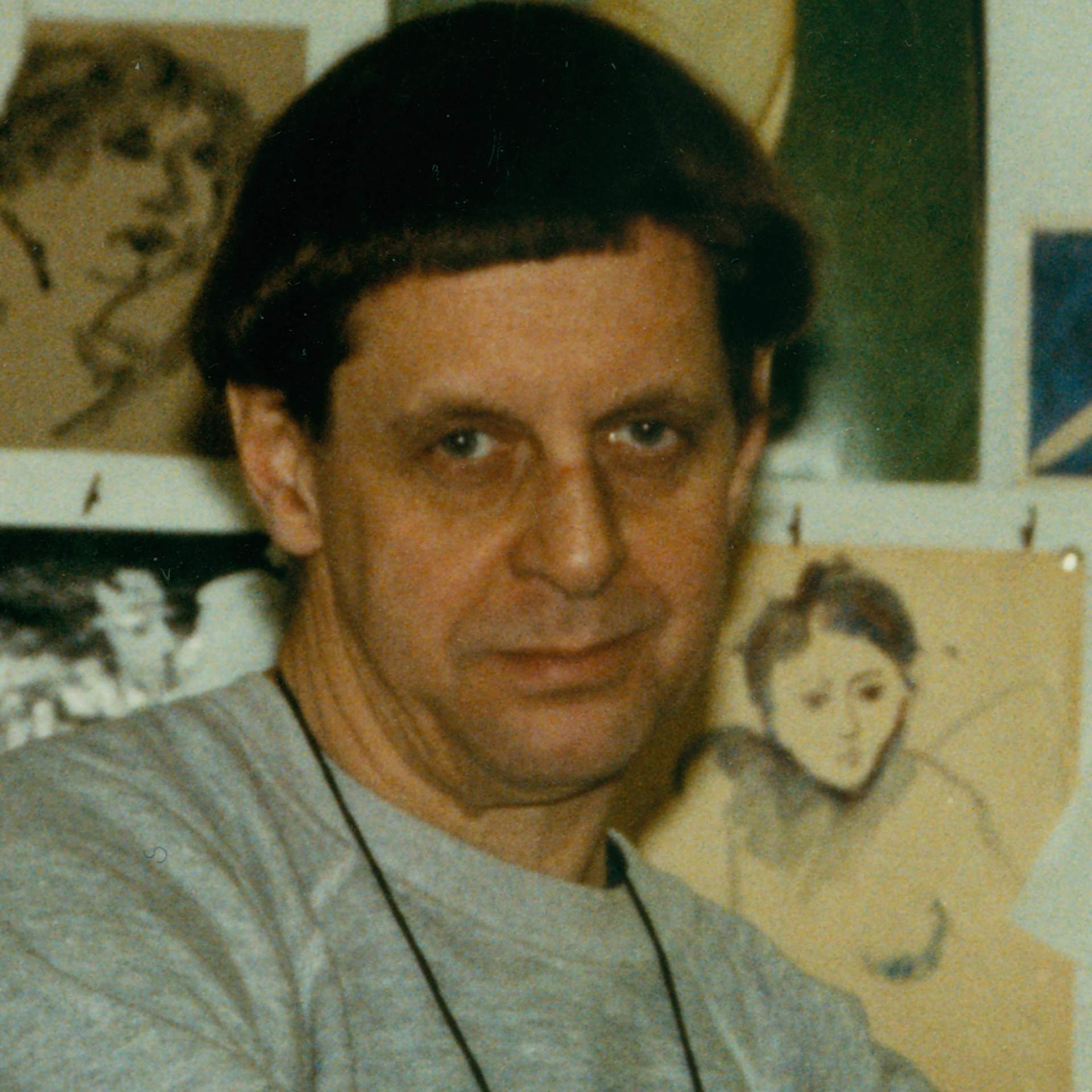 Robert C. Baeumler studied at the Albright Art School in 1955 and earned a Bachelor of Fine Arts from the University of Buffalo in 1957.  He received a Master of Fine Arts from Yale University in 1961.  While at Yale, he studied with Josef Albers, James Brooks, Conrad Marca-Relli, and Nicholas Carone.  He served as professor of fine art at Buffalo State College for thirty years, from 1964 until his retirement in 1994.

Inspired by 15th-century Italian Renaissance painting, Baeumler searched for images from Paolo Uccello’s works and borrowed elements from a damaged fresco titled “The Nativity and Annunciation” in San Martino alla Scala in Florence.  He abstracted the patterning along the outer edge of the lunette as well as other details from a variety of sources to develop “positive-negative relationships and much of the over-all organization.”  He also utilized “car parts and cans with their rims and curves…a fractured cloth pattern…a plume of smoke,” and other motifs.  He screened fragments on canvas to create a dizzying spatial depth and rhythm of patterns enhanced by flourishes of color.  In 1968, Baeumler claimed that he was reminded of Marcel Duchamp’s dictum, “A painting should shock.”