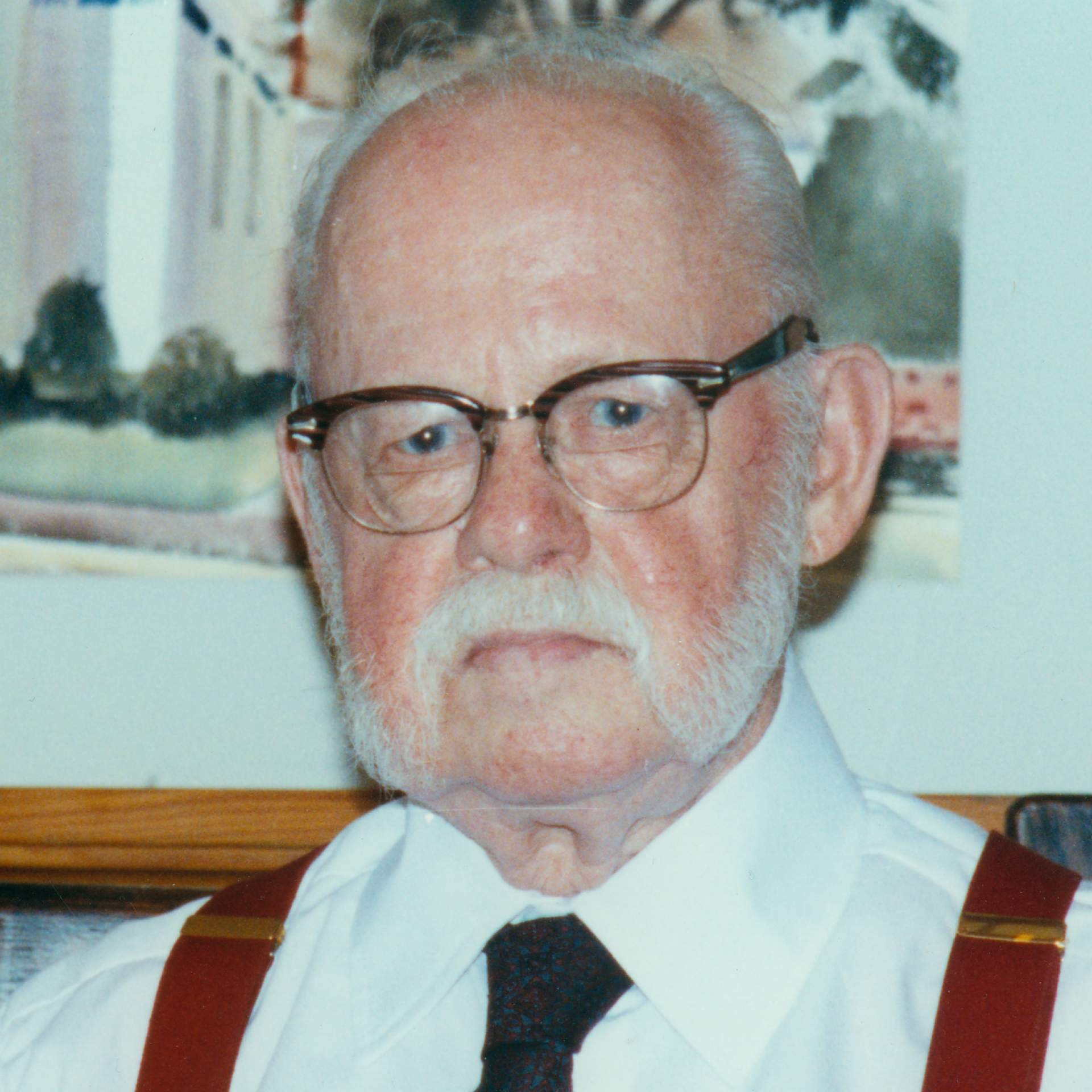 Rixford (Rix) Upham Jennings (1906-1996), was both a commercial illustrator and studio artist who is remembered his watercolors of landscapes and scenes of Buffalo.  He also worked in wood carving, printmaking, stained glass design, and tile painting.  He taught Commercial Illustration and Advertising Art at the Art Institute of Buffalo in 1942, and then moved to Anaheim, California where he studied at the Walt Disney School of Animation in 1944-45, and worked briefly on the films “Dumbo” and “Fantasia.”  He moved back to the region in the 1950s when he reconnected with his roots.  His father, Walter Jennings, had been a Roycroft coppersmith and bookbinder in East Aurora.  Rix followed in his father’s footsteps and became closely involved with the subsequent Roycrofters-at-Large Association.  He taught at the University at Buffalo and was on the board of directors of the Professional Art Guild of Buffalo. He was the president of the Patteran Society and was the president of the Buffalo Society of Artists from 1945 to 1946.