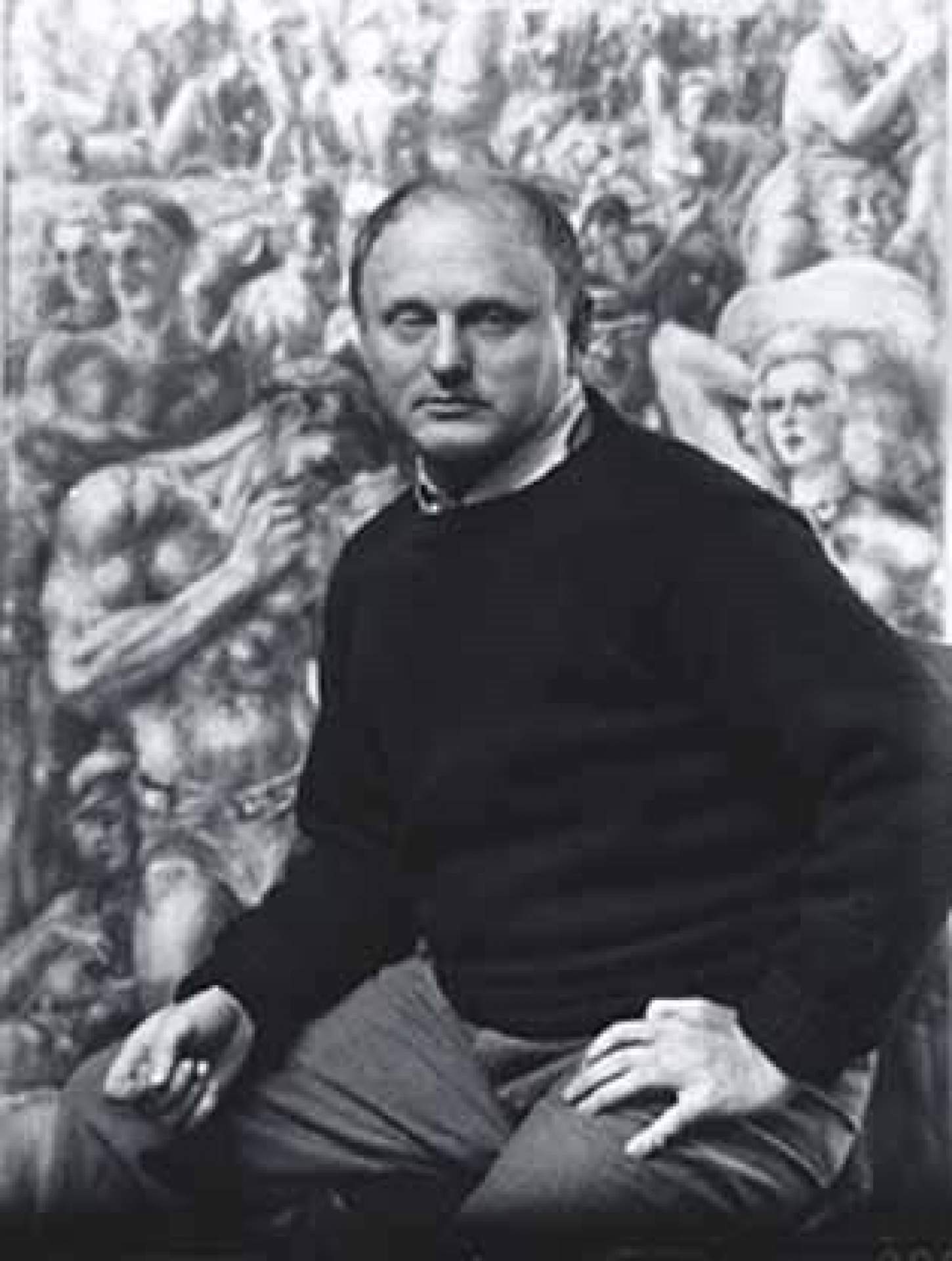 Reginald Marsh was born to American artists Fred Dana Marsh and Alice Randall Marsh, in Paris in 1898, and shortly after the family relocated to Nutley, New Jersey. He attended Lawrenceville School , and graduated in 1920 from Yale University. While he attended Yale Art School, he was the illustrator and cartoonist for the Yale Record. After moving to New York, he held similar occupations at the New Yorker and the New York Daily News. In 1923 he enrolled in the Art Students League and then began to travel abroad. The trips to see the Old Master paintings profoundly influenced him, and upon his return he applied this past knowledge to his present raw materials.
Marsh concentrated on recording his own views of New York and urban scenes, cataloging images of burlesque shows, night-life scenes, bathers at the beach, people amassed at Coney Island, and New Yorkers in general; reflecting the joyfulness and warmth of the city along with its loneliness. His art was a combination of realism and design, which combined first hand observation of modern life, sense of movement, mastery of the human form, and devotion to the Western art tradition. This all led to his involvement in American Realism, also like Charles Burchfield. He worked in tempera, watercolor, oil, ink, and etchings. From 1931 onward he was included in most national exhibitions of contemporary American art. He also had many one-man exhibitions in New York, starting with his first one at the Whitney Studio Club in 1924, and like Charles Burchfield, was also represented by the Rehn Gallery .