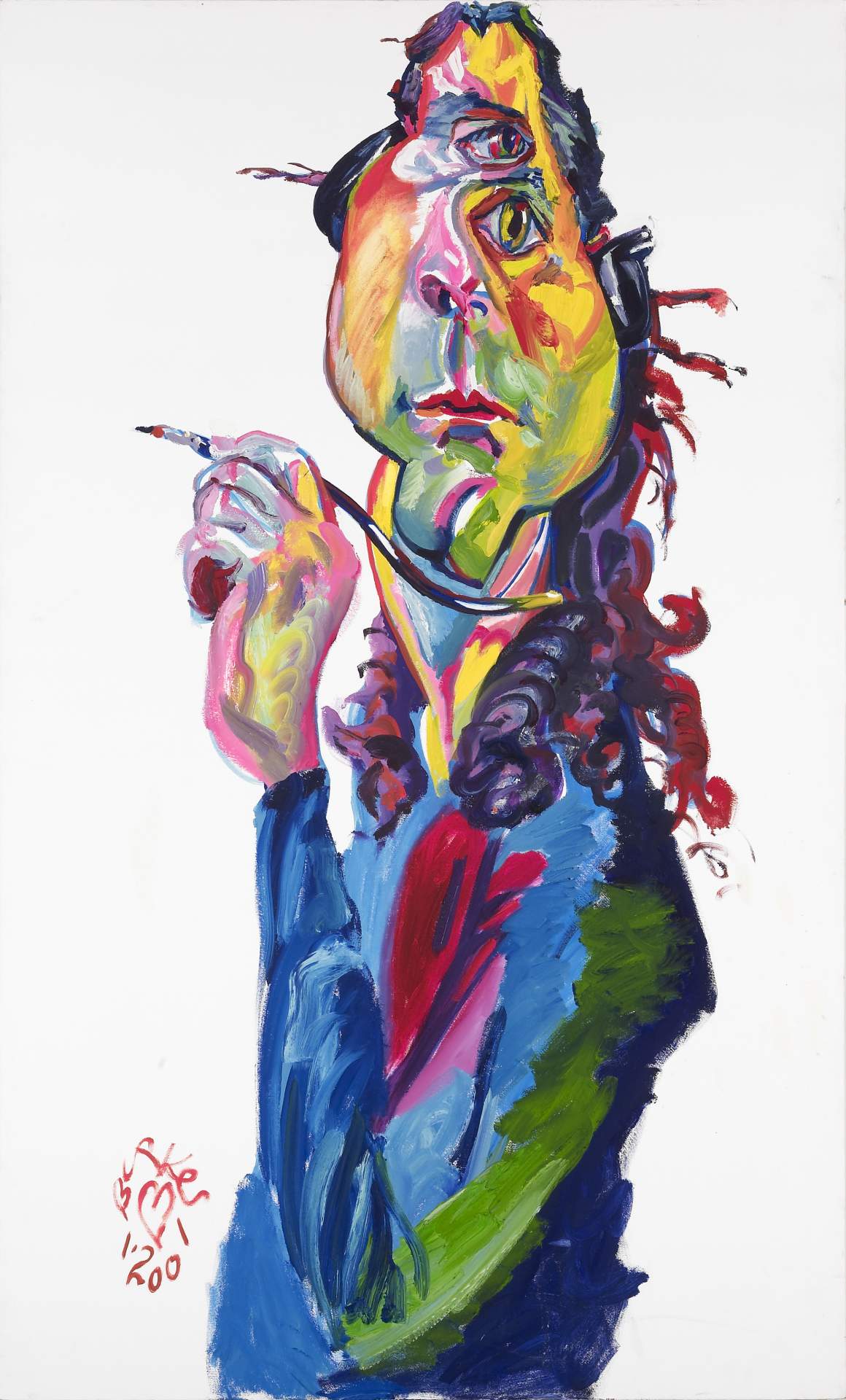 Philip Burke is part of the Living Legacy Project at the Burchfield Penney Art Center. Click here to listen to his artist interview.

Philip Burke is an American illustrator born in Tonawanda, N.Y. in 1956. By the age of 15, as a student at Calasanctius Preparatory School, he was doodling and beginning to draw. As he puts it, “When I was a teen, I wanted to be a rock star, but I couldn’t play any instruments and I was too shy to sing. So, I put my dream into painting and drawing rock stars.” [1] In 1974, while attending the University of Toronto, he contributed caricatures to the student paper. Though he had no formal art training, his early influences included David Levine and Ralph Steadman. After two years of college, Burke relocated to New York City, where he soon started drawing illustrations for the Village Voice and other publications. By 1982 he had transitioned from pen and ink to oil paints and working on a large scale. A multi-year exclusive contract with Vanity Fair enabled the artist to return home to Buffalo, where he married and started a family.

In successive years, Burke became a featured artist at Rolling Stone (1989-96) and his work appeared in such publications as Time, Newsweek, the New Yorker, GQ, Sports Illustrated, the New York Times, and Slate, among many others. His artwork has been seen in several books, including The Savage Mirror (1993) and Rolling Stone: The Illustrated Portraits (2000), and in a touring Rock & Roll Hall of Fame exhibition. Burke is best known for portraits of musicians and politicians. His primary subject is the human figure, its features warped and exaggerated and its surface saturated with intense expressionist color to suggest complex psychological states.  On several occasions, the artist has staged “live paintings” in which he creates new works or embellishes existing canvases in front of an audience.

Burke has been honored by professional groups including the Society of Illustrators, the Society of Publication Design, and the Society of Newspaper Design. In 2013 he was recognized by the Living Legacy Project at the Burchfield Penney Art Center.