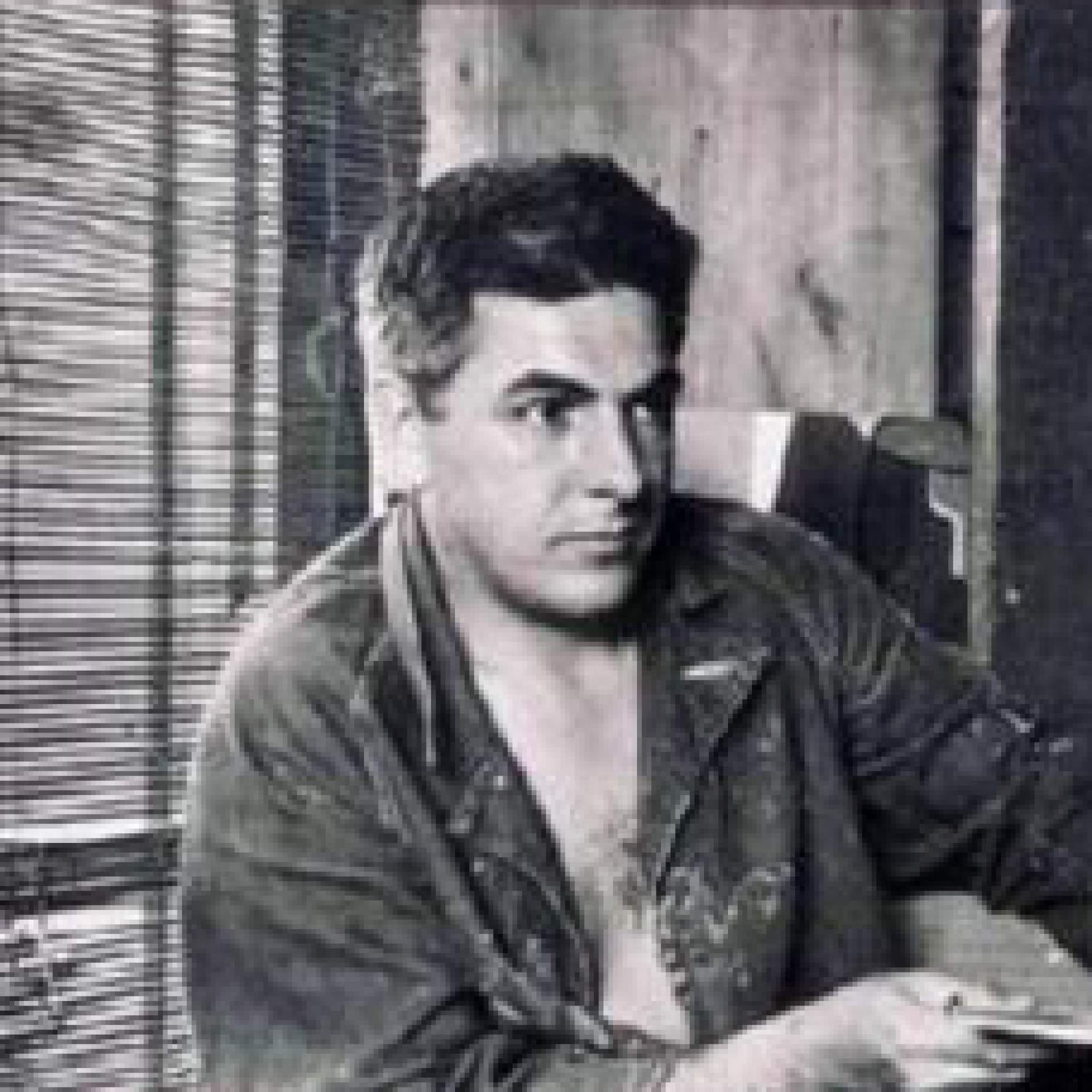 Peter Busa was an American painter, known as one of the innovators of Indian space painting, a style developed from surrealist ideas combined with Native American tribal motifs and forms. Born June 23, 1914 in Pittsburgh, Busa began his formal art and architecture studies at the Carnegie Institute of Technology. He moved to New York in 1933, where he studied at the Art Students League and befriended an extensive network of artists including Jackson Pollock, Thomas Hart Benton, Stuart Davis, and Roberto Matta.

Busa’s growing friendships with surrealist and other experimental painters inspired his own artistic development. After participating in Federal Arts Projects under the Works Progress Administration in the late 1930s, Busa began to pursue various surrealist and looser abstract expressionist styles. His earlier works primarily consisted of automatic drawings, and over the course of his career transitioned to include geometric abstractions, representational subjects, and assorted, flatforms. The Indian space painting practice gained attention and popularity following the surrealist movement and is considered the precursor to the development of abstract expressionism.

Designating themselves 8 and Totem Pole, Busa and his, Indian space painting colleagues only exhibited their works together once in 1946, at a gallery in New York. Busa’s work, however, was featured in numerous exhibitions throughout the country. His work was exhibited in galleries in New York, Minneapolis, and Provincetown, Massachusetts.