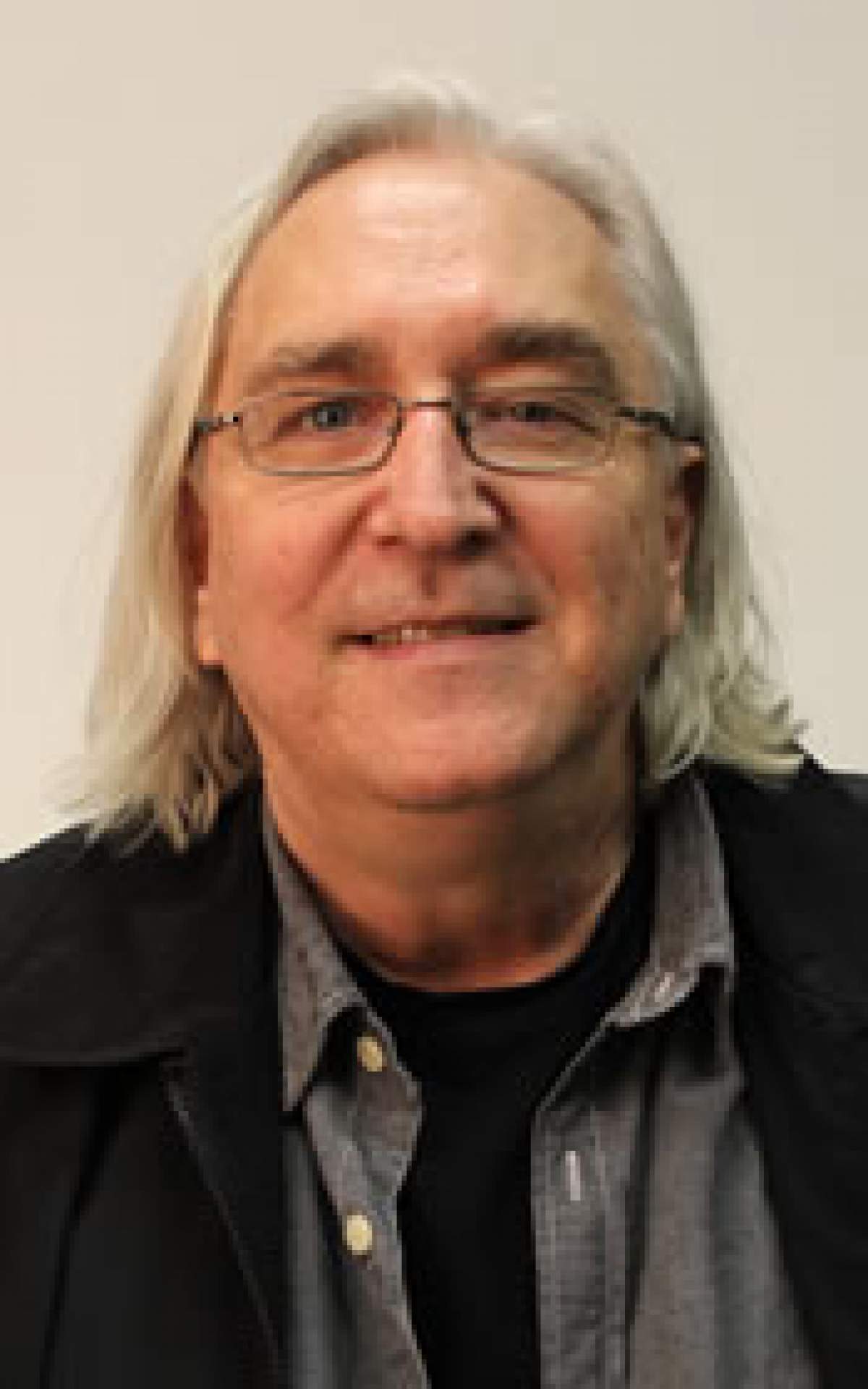 "Peer Bode was the Program Coordinator and artist-in-residence of the Experimental Television Center in the late 1970s, and pursued his graduate degree through the Media Study Program at the State University of New York at Buffalo. Later, he became the head of the Video Arts Program at the School of Art and Design, NYSCC at Alfred University.

"He was born in Rosenheim, Germany 1952, the son of pioneering electronic musical instrument designer and engineer Harald Bode. The Bode family moved to the United States in 1954. Peer was raised with an international perspective which has continued within his art practice. Throughout his youth electronic musical instruments and sounds were a much loved and a regular presence.

"At the State University of New York at Binghamton in 1970, Peer began studies in the newly created Cinema Department with Larry Gottheim, Ken Jacobs and Ralph Hocking. He also studied with Nicholas Ray and Peter Kubelka. He later continued study in new video practices with Ralph Hocking, who would become a lifelong mentor and friend. In 1970 Ralph Hocking established the Experimental Television Center (ETC) in Binghamton, NY. In 1976 Peer became the ETC program’s coordinator and artist in residence. It was during this period that Peer made an impressive body of seminal early works. These were exhibited broadly in New York, including exhibits at the Anthology Film Archives, the Kitchen and the New York Avant Garde Film Festival. It was at the ETC where Peer first met the nonpareil video designer and instrument engineer, David Jones. In collaborations with Jones, Peer assisted in the construction of the Jones Frame Buffer, an instrument which has become a signature processor within Peer's oeuvre. Peer has the distinction of creating some of the earliest digital prints and digital video artworks. Other collaborations from this period include video and dance works with choreographers Bill T. Jones, Arnie Zane and Lois Welk together with Meryl Blackman and Cara Brownell. As the ETC Program Coordinator, Peer assisted numerous artists in realizing major works, including Shigeko Kubota, Walter Wright, Doris Chase, Jud Yalcut, Gary Hill and Richard Kostelanetz. This commitment to the emerging field of new media arts, led Peer in 1975 to pursue graduate study at the newly created Media Study Program at the State University of New York at Buffalo. Here he studied with Woody and Steina Vasulka, Paul Sharits, Tony Conrad, Hollis Frampton and Gerald O’Grady. After graduate work, Peer returned to the ETC and created major works which were exhibited in MOMA, the Whitney Biennial, P.S.1, with additional exhibitions in Paris, Stockholm, Medalin among others.

"In 1987 Peer became head of the Video Arts Program at the School of Art and Design, NYSCC at Alfred University. He was seminal in establishing the Alfred component of the Owego and Alfred schools of video arts. Andrew Deutsch, Jax Deluca, Victoria Bradbury, Torsten Burns and Darrin Martin are among the many artists associated with this school.

"Beginning with his first trip to main-land China in 2000, Peer together with Xiaowen Chen and Joseph Scheer curated the IEA new media exhibition, “Mantic Ecstasy” in Hangzhou, China, which featured American and Chinese artists. In 2001, Peer together with the IEA, presented lectures on new media arts and held China’s first digital arts workshops at the Central Academy of Fine Arts in Beijing. Lectures and exhibitions have also been presented at the China Academy of the Fine Arts, Hangzhou, The Fine Art Academy, Tianjin, the Lu Xun Academy of Fine Arts and others. In 2007 the IEA mounted the major retrospective “Insatiable Streams : Ten Years of Work from the Institute for Electronic Arts” at B.S.1 Contemporary Art Center, Zero Fields Gallery and Fun Gallery, Beijing. Peer continues to curate and exhibit work."[1]