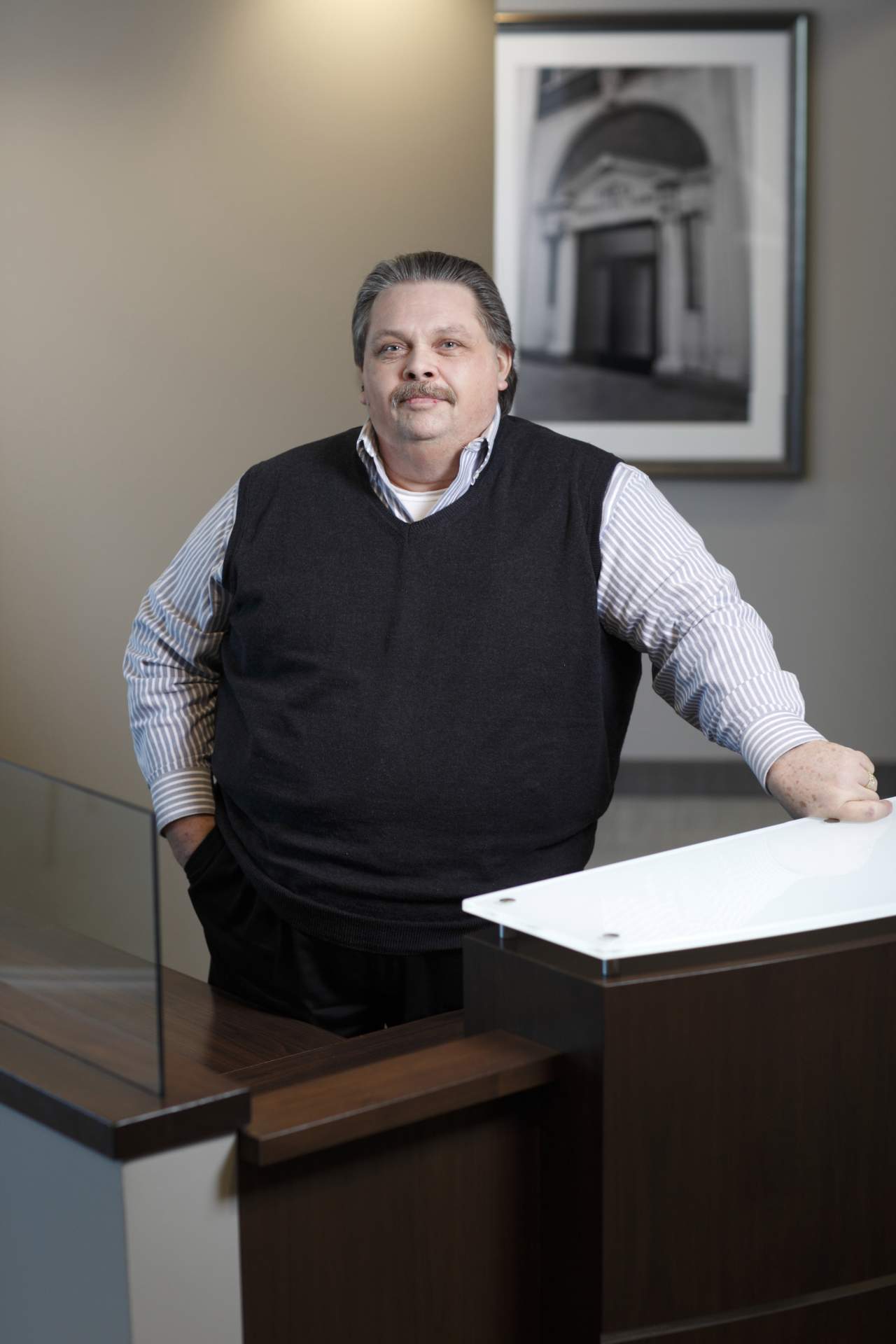 Paul Hogan is part of the Living Legacy Project at the Burchfield Penney Art Center. Click here to listen to his artist interview.

Writing in the Buffalo News in 2008, critic R. D. Pohl called Hogan “one of the Buffalo arts community's most influential voices.” [1] He has published two book-length collections of poetry, Points of Departures (White Pine Press, 2008) and Inventories (BlazeVox Books, 2012). His work was included in the 1990 White Pine Press anthology The Legend of Being Irish: An Anthology of Irish-American Writers and the online literary journal Hamilton Arts and Letters(Spring 2013). He has also been a frequent contributor to the Buffalo News Poetry Page.

Hogan received an Arts Council in Buffalo and Erie County Individual Artist Fellowship for his writing and was the subject of a “Buffalo Focus” piece by BlazeVox Books in their online Late Spring 2009 journal, which featured new and previously published work (www.blazevox.org/focus.htm).

Hogan grew up in Buffalo. His family owned a small office supply and printing business where he worked in his teens and twenties, eventually becoming general manager. From 1972 to 1976 he served in the U.S. Navy, stationed for much of that time in Spain. Upon his return to the States, he earned a B.A. (cum laude) in English with a minor in Psychology at SUNY Buffalo in 1982, then worked in advertising and marketing for a brief period before pursuing an M.A. in Creative Writing (conferred in 1985), once again at the University at Buffalo. While there he studied with and was influenced by poets Robert Creeley, Carl Dennis, Irving Feldman, and John Logan, among others.

As a graduate student Hogan was awarded the David Gray Fellowship in Poetry and Letters and won the Academy of American Poets College Competition. After completing the coursework for a PhD, he turned his attention from academia to the non-profit sector. In subsequent decades he worked in the fields of community health, adult education, and research administration, among others, but he is best known for his contributions to the city’s cultural life.

From 1982 to 1988, Hogan and co-host Nancy J. Parisi ran the bimonthly “Writer’s Cramp Reading Series” at the Central Park Grill, a North Buffalo bar and restaurant. The series paired emerging and established writers from the area and was an invaluable part of the local literary scene. During the same period, from 1984 to 1987, Hogan served as host and producer of the weekly reading/interview program “Spoken Arts Radio” for NPR affiliate station WBFO-FM. (Recordings of over 100 of those half-hour programs have subsequently been donated by Hogan to the Poetry and Rare Books Room at the University at Buffalo and digitized for in-house public use.) He also worked as director of special projects and development for Just Buffalo Literary Center, and as part of his position he was responsible for the Writers-in-Education program, which assigned creative writers to schools throughout the WNY region.

In 2001, the John R Oishei Foundation, a $300 million general-purpose philanthropic organization serving Western New York, recruited Hogan to become a program officer. In 2008 he was appointed its vice president, and in 2014 he was promoted to the position of executive vice president. The primary focus of his work for the foundation has been the arts, a contribution which was publically acknowledged in 2015 when Arts Services Initiative of Western New York gave him their Advocate for the Cultural Sector Award. (See http://www.oishei.org/docs/hogan_buffalo_spree.pdf for an interview with Hogan in Bufaflo Spree regarding his work with the Oishei and observations on philathropy and the arts in Western New York.)

As of 2014, Hogan is a member of the editorial advisory board of Nonprofit Quarterly. He has also authored many articles for the publication. (See http://nonprofitquarterly.org/author/oishei/ for examples of his essays.) In 2015, he was designated a "Living Legacy Artist" by the Burchfield Penney Art Center.

Hogan lives in the Buffalo suburb of Kenmore with his wife, Barbara Hogan. He has two adult children, Matthew and Lianna.