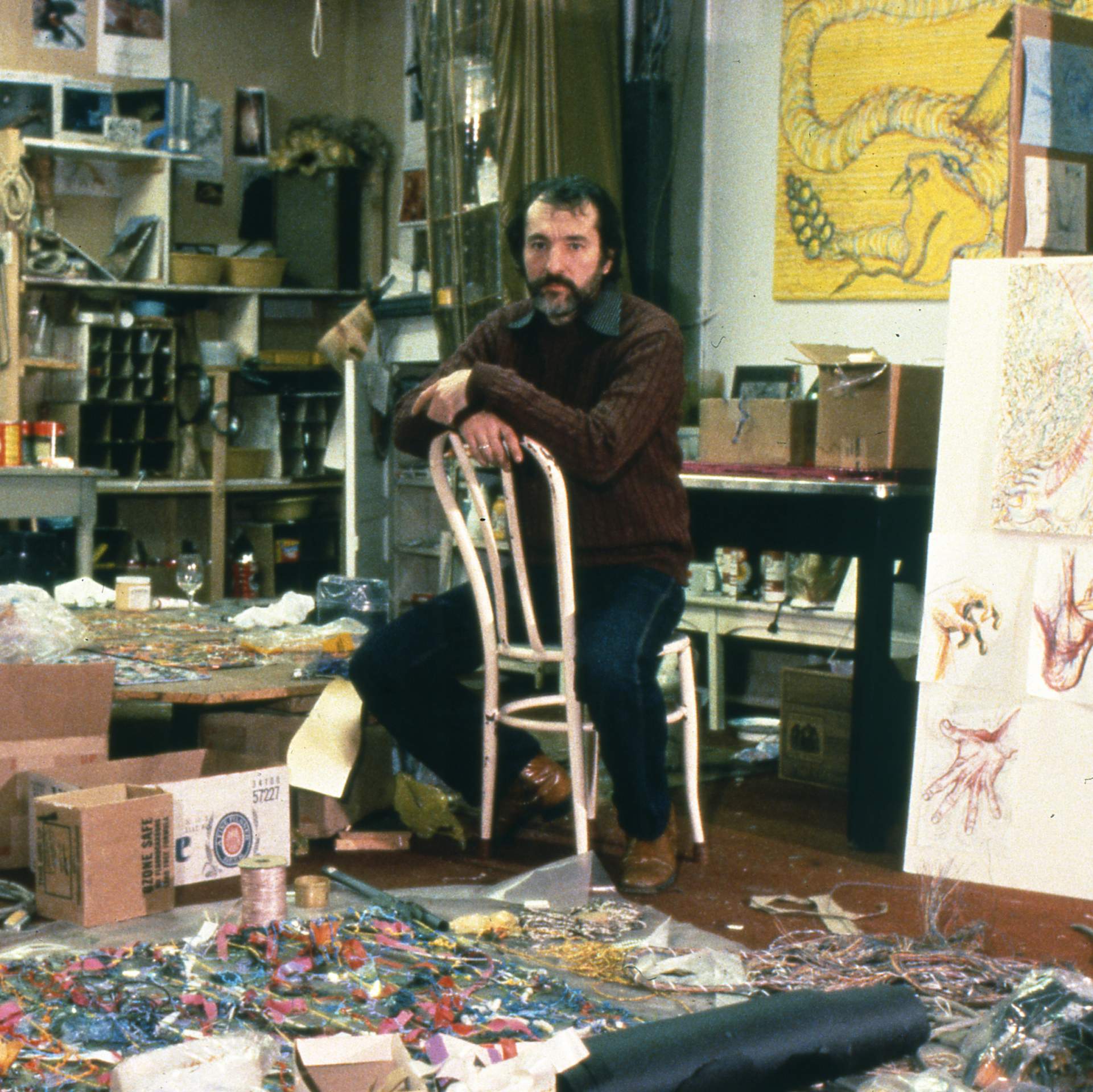 Paul Sharits was born in Denver, Colorado and earned a BFA in painting at the University of Denver's School of Art where he was a protege of Stan Brakhage. He also attended Indiana University in Bloomington, Indiana where he received an MFA in Visual Design. In July 1960, he married Frances Trujillo Niekerk, and in 1965 they had a son, Christopher. They divorced in 1970.He was subsequently a teacher at the Maryland Institute College of Art, Antioch College, and, from 1973 to 1993, the State University of New York at Buffalo.

Sharits is recognized internationally as a pioneering experimental filmmaker; however, he was trained as a painter and adapted strategies from both disciplines in his work. His influence on audiences worldwide was very apparent during his life.

Beginning in the 1960s, Sharits utilized structuralist theory and painting strategy to create non-narrative, non-objective works he called "flicker films" that were about the elements of film itself. He became a master of intercutting one medium with the other, using linear film structures in his painting and planning his films with scores, conceived as colored ink drawings on grid paper. His Frozen Film Frame Series showed this process in reverse as two-dimensional, post-production renderings of his films. In these works, strips of film are sandwiched between two sheets of Plexiglas, which when lit are reminiscent of stained glass windows. Sharits later integrated individual words, polemic texts, soundtracks, and surreal meaning into his films and paintings, concurrent with his association with the Fluxus movement. His multiple projector installations during the 1970s in museums in New York City, Buffalo, and throughout Europe changed how the public perceived film.

Sharits came to Buffalo in 1973 to join filmmakers Hollis Frampton, James Blue, and Tony Conrad in the Center for Media Study at the State University of New York at Buffalo. He also befriended Gerald O'Grady, the founding director of Media Study/Buffalo, a community-based organization and regional center established in 1971 "to encourage the creation and understanding of media - especially photography, film, and videotape- by people of all ages." [1] O'Grady later became director of the University's Center for Media Study. He regarded Sharits as "one of the true masters of modern film ... Of all the filmmakers in history, he is the most painterly. His film derives from painting's texture and visual design ... It is not about the camera. Nor is it about editing. It is about light, color, visual texture, and design."

Sharits's work of the 1980s often reflected a tortured persona, as he experienced a series of accidents and assaults, including being stabbed in the back and nearly fatally wounded by a gunshot. Nevertheless, he thrived on challenging society and its preconceptions of art and film through his work, his underground lifestyle, and his notorious soirées that encouraged a dialogue on current advances in the field.

His work is in the collection of the Burchfield Penney Art Center. His films are distributed by The Film-Makers' Cooperative and Canyon Cinema. For more on Paul Sharits, visit www.paulsharits.com.

The Burchfield Penney is home to the Paul Sharits Archives, an important collection of material relating to the artist's career. Thanks to a generous donation from Christopher and Cheri Sharits these objects are now accessible in the Charles E. Burchfield Archives.