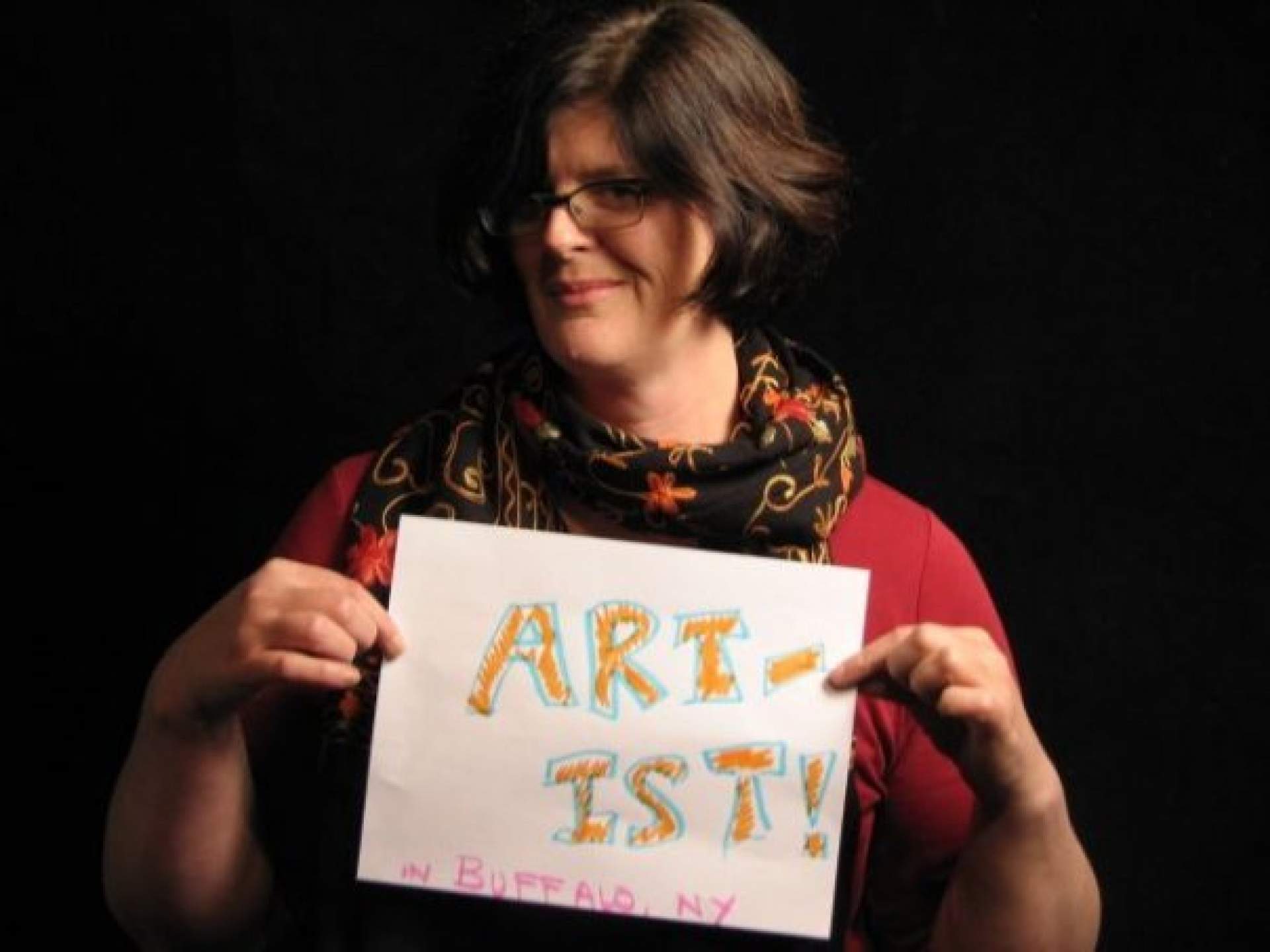 Meg Knowles, a native of Buffalo, N.Y., is a documentary filmmaker of more than 40 short documentary films and is an associate professor of media production in the Communication Department at Buffalo State College. [1] She has a B.A. in Art History from Vassar College, an M.A. in Media Study from the University at Buffalo, and an M.F.A. in Film Media Arts from Temple University. Knowles describes herself as an “experimental and documentary media artist, using film and video to explore the intersections of past, present, and future in both the personal and collective memory/imagination.” [2] Her award-winning short films have been screened at festivals, galleries, and museums, including the Museum of Modern Art and Anthology Film Archives (New York City), Portland PDX Film Festival (Portland, Ore.), Hallwalls Contemporary Arts Center (Buffalo, N.Y.) and the Athens International Film and Video Festival  (1st Prize, Experimental Documentary Category) as well as on Free Speech TV and PBS. Knowles’s first feature-length film, the work-in-progress Runaway, is perhaps her most personal work, in which she reflects on the events of the summer of 1973, when her 14-year-old sister disappeared from a horse-riding camp. Runaway is directed by Knowles and produced by Brian Milbrand and Courtney Grim. Both media artists have collaborated with Knowles on earlier projects, and she has frequently worked with other artists from many disciplines in her community, including painter Felice Koenig, videomaker/performer Holly Johnson, video artist Jody Lafond, and writer/performer Ron Ehmke. "Medicaid Milkshake Murders," a 1992 documentary she made for the AIDS activist organization ACTUP WNY, has been screened around the world. Knowles has also been a producer and director for Termite TV Collective’s “Living Documentary” series. Through her involvement at both U.B. and Buffalo State College she has inspired a generation of emerging media artists from Western New York and beyond.

Knowles has served as a judge for the National Academy of Television Arts and Sciences' Emmy Awards (Editing Category) and for the Society of Professional Journalists' Sigma Delta Chi Award (Television Documentary Category). She sits on the board of Hallwalls Contemporary Art Center, on the Collection Committee of the Burchfield Penney Art Center, and on the Selection Committee for the Women’s International Film Festival.

A retrospective of Knowles's short autobiographical work appeared in June 2010 at Squeaky Wheel/Buffalo Media Resources in Buffalo. In an artist's statement for the show, she writes:

"I see video as a tool similar to the camera obscura used by the Dutch painters that initially sparked my interest in depicting non-fiction subjects. Video manipulates our interpretation of the real moment in time with a seemingly precise mechanical intervention which ultimately distorts its subject matter to suit the maker, viewer, and politics of the historical moment.

"In one vein of my work, I have produced a series of anecdotal autobiographical shorts reflecting on seemingly small moments or experiences that are simultaneously private and universal.  A second vein focuses on the relation of history to place, in films and installations that situate movements, events, or actions (i.e. the evolution of Niagara Falls, the Pan-American Exposition, the First Women’s Rights Convention, artistic production) in the context of geography or landscape and the cultural zeitgeist." [3]

To learn more about the work of Meg Knowles, visit http://knowleme.wix.com/meg-knowles.