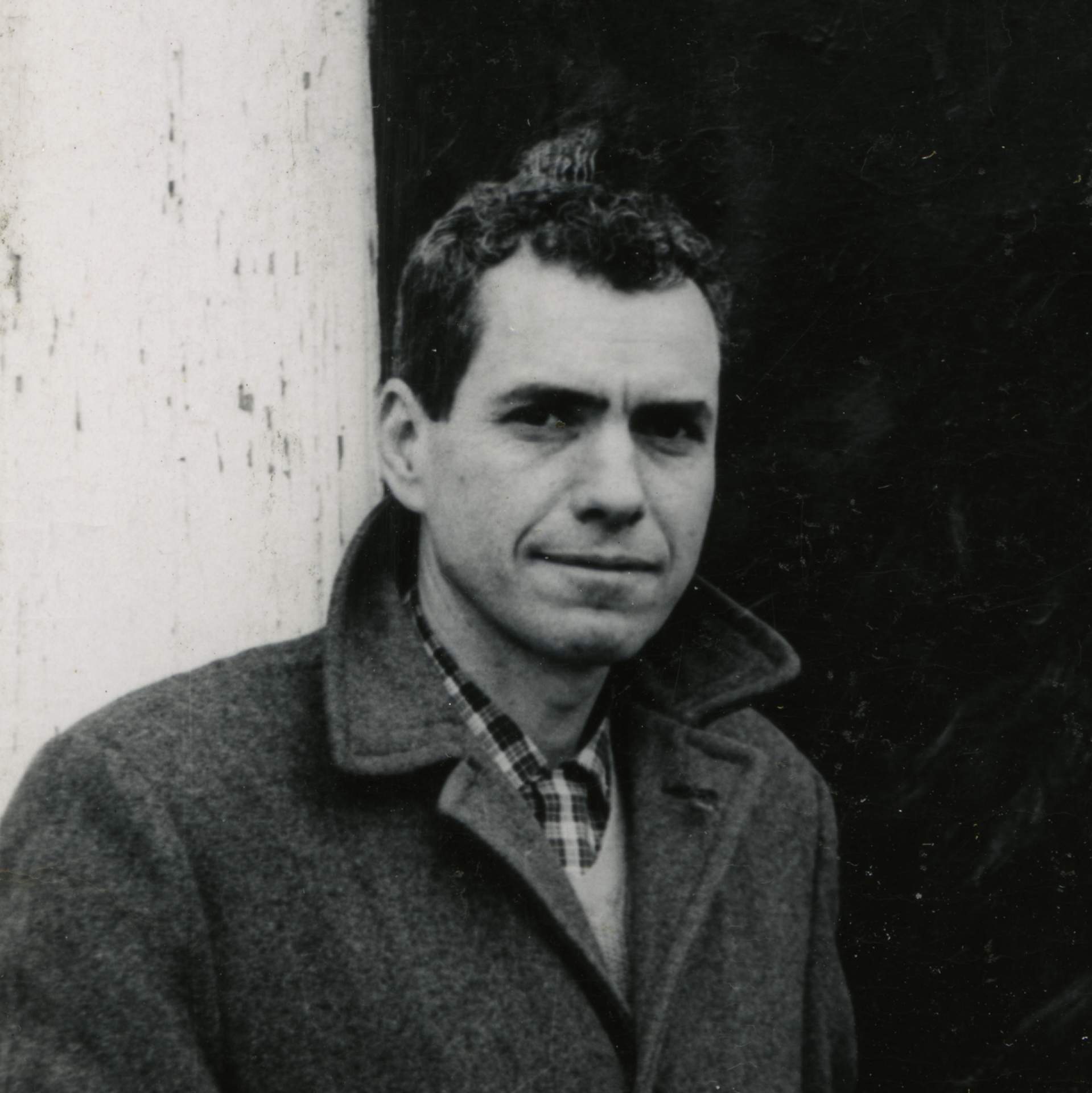 Lawrence Calcagno was born in San Francisco in 1913. His paintings range from abstract landscapes to free-form abstract expressionism, and his saturated color palate and foggy compositions reflect his San Franciscan roots. Calcagno considered his aesthetic to be derived from elements of nature: the sea, sky, horizons, and darkness of night. His work points out and illuminates the mystery and solitude of man’s existence in the universe.

Growing up on a ranch near Big Sur, California, Calcagno began drawing and painting at an early age. During World War II, he served three years in the Air Force; when the war ended, he traveled and painted in Mexico. He studied at the California School of Fine Arts in San Francisco, the Academie de la Grande Chaumiere in Paris, and Istituto d’Arte Statale in Florence. Along with his schooling, he lived and worked in France and Italy and spent a short period in North Africa from 1952-55, traveling often throughout Europe.

His first New York exhibition was held at the Martha Jackson Gallery in 1955. After that, he was featured in more than forty one-man shows, including one at the Albright-Knox Art Gallery in 1956, as well as in exhibitions in Lima, Mexico City, London, and Copenhagen.

Calcagno visited several universities as artist-in-residence, including the University of Alabama, the Albright School of the University of Buffalo, the University of Illinois, and the Honolulu Academy of Arts. Calcagno also taught at New York University from 1959-1960. In 1965 he was awarded a Ford Foundation grant and was named the visiting Andrew Mellon Chair of Painting at Carnegie-Mellon University. Calcagno’s work is part of many museum collections throughout the United States, including the Brooklyn Museum of Art, Whitney Museum of American Art, National Collection of Fine Arts, Smithsonian Institution, and the Buffalo AKG Art Museum