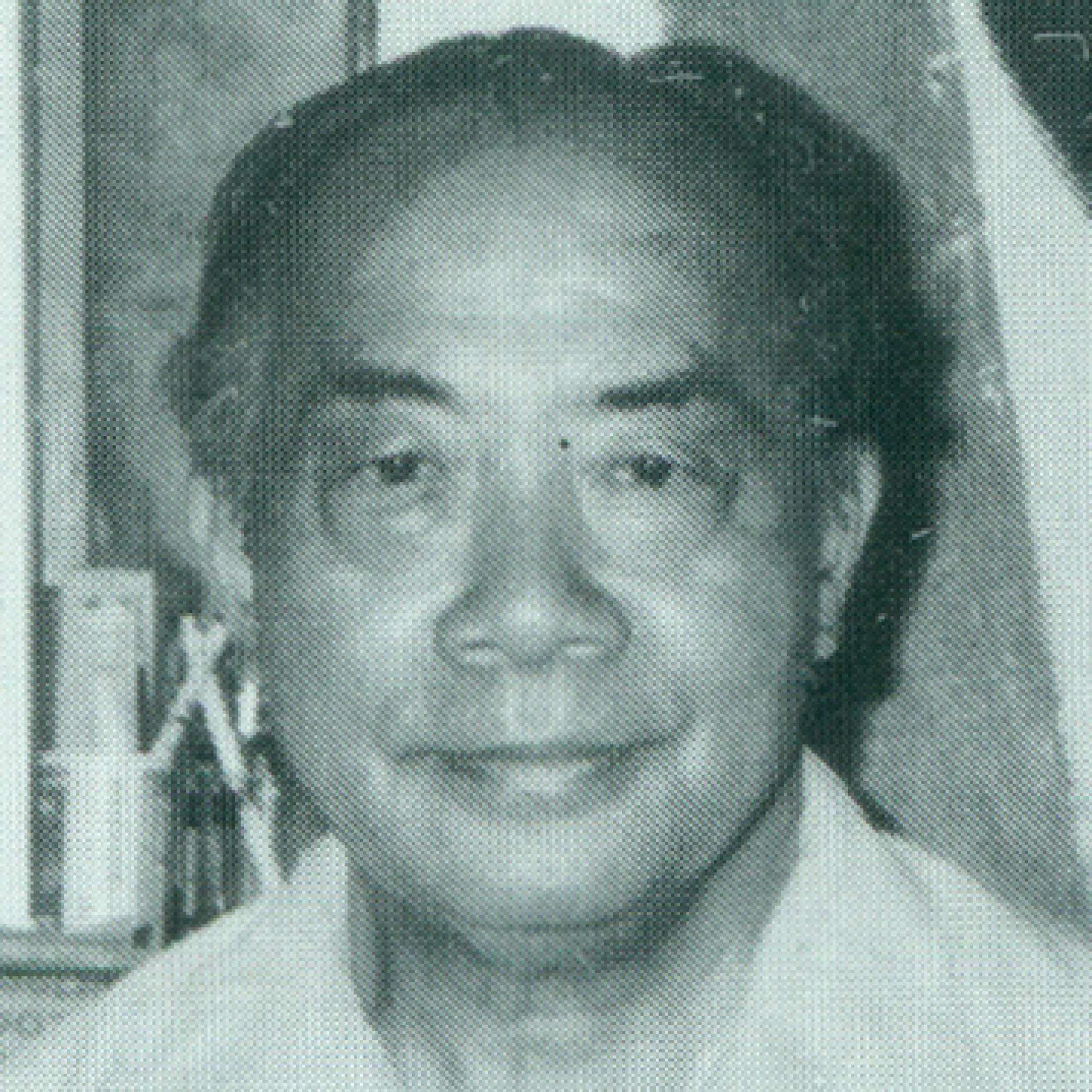 James K. Y. Kuo was a Chinese-American painter, sculptor, jewelry maker, and professor. Adapting an abstract-expressionist style, Kuo’s work visualizes the qualities of human response and real-world relationships through abstract form and muted color. He explained the source of his observations in his artist statement: “My subject matter is close to nature. It is the common thing we see every day. But we see them through the mind’s eye rather than the physical eye.”

Kuo was born in 1920 in Soochow, China. He demonstrated artistic ability from an early age, and with the encouragement of his father, began studying calligraphy and brushwork by age ten. He furthered his artistic training at the Suzhou Art Institute and the Anqing School of Art, where he studied traditional Chinese painting. In 1947, Kuo immigrated to the United States. He attended the University of Missouri, receiving his master’s degree in painting in 1949. He began his teaching career that same year at Mount Mary College in Milwaukee, Wisconsin. In 1955, he joined the faculty at Rosary Hill College, known today as Daemen College, in Amherst, New York. Kuo played an integral role in developing the school’s art department; he taught painting and developed coursework in ceramics, printmaking, jewelry, and enameling. He served as professor emeritus at the school for thirty-seven years, retiring in 1992.

As an artist, Kuo began to receive recognition for his paintings in the early 1960s. He won awards at the Chautauqua National Exhibition of American Art in 1962 and 1965 and was awarded best in show at the Falls of Niagara Exhibition in 1964. He had solo and group shows at several institutions including the Albright-Knox Art Gallery, Gallery Without Walls (Buffalo), the China Institute (New York), the More-Rubin Gallery (Buffalo) and Daemen College, among others. He continued to exhibit through the 1990s, when his health began to decline. Kuo died in 1995 at age seventy-four. Two years later, the Burchfield Penney Art Center and the Fanette Goldman/Carolyn Greenfield Gallery at Daemen College collaborated to host concurrent exhibitions of Kuo’s longstanding body of work.