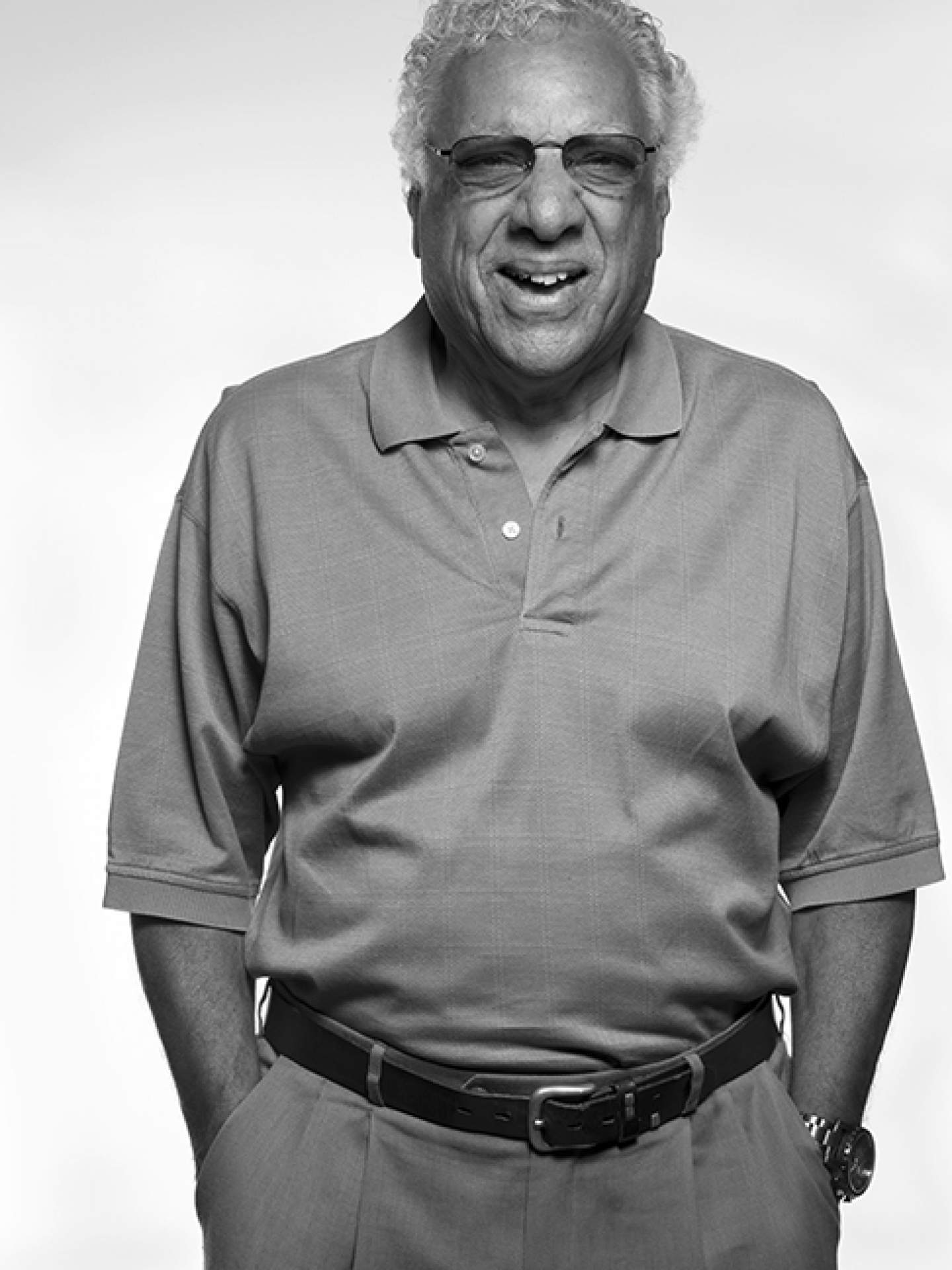 James Pappas is part of the Living Legacy Project at the Burchfield Penney Art Center. Click here to listen to his artist interview.

James G. Pappas is a nationally and internationally recognized visual artist and educator based in Buffalo. Born in Syracuse, New York in 1937, he credits his mother as inspiring him to pursue art.

Pappas first studied at Madison High School, Rochester, NY and then attended St. Augustine’s College in Raleigh, North Carolina, on an athletic scholarship. Although it was a short-lived association, it had two significant effects on his subsequent career: First, he studied with James Herring, an artist, author, and visiting professor from Howard University; and second, he faced the segregation of the South, an experience that caused him to question the socio-political realities of American life. He then won scholarships to the Memorial Art Gallery and Rochester Institute of Technology from 1954-56.

An aunt and uncle in Cleveland, both musicians, led him to a lifelong love of jazz (or “black classical music,” to use the term he prefers), a genre that has influenced his paintings and drawings for decades.

In 1959 he moved to Buffalo to attend the University of Buffalo. While continuing his studies he worked as an attendant at various local hospitals. He earned a bachelor of fine arts degree in 1967 and then spent some time as a parole officer with the State Department of Corrections before receiving his master of fine arts degree from the same university in 1974, mentored by professors Sheldon Berlyn and Harvey Breverman. During the same period he co-founded the Langston Hughes Center for the Visual and Performing Arts with fellow artists Allie Anderson, Clarence Scott, and Wilhelmina Godfrey.

Pappas went on to teach at the University of Buffalo in the departments of art and black studies, becoming chair of the latter in 1977 (later known as African-American Studies and then as Transnational Studies), where he remained for thirteen years. He is an associate professor at the university and teaches courses in black film and black aesthetics.