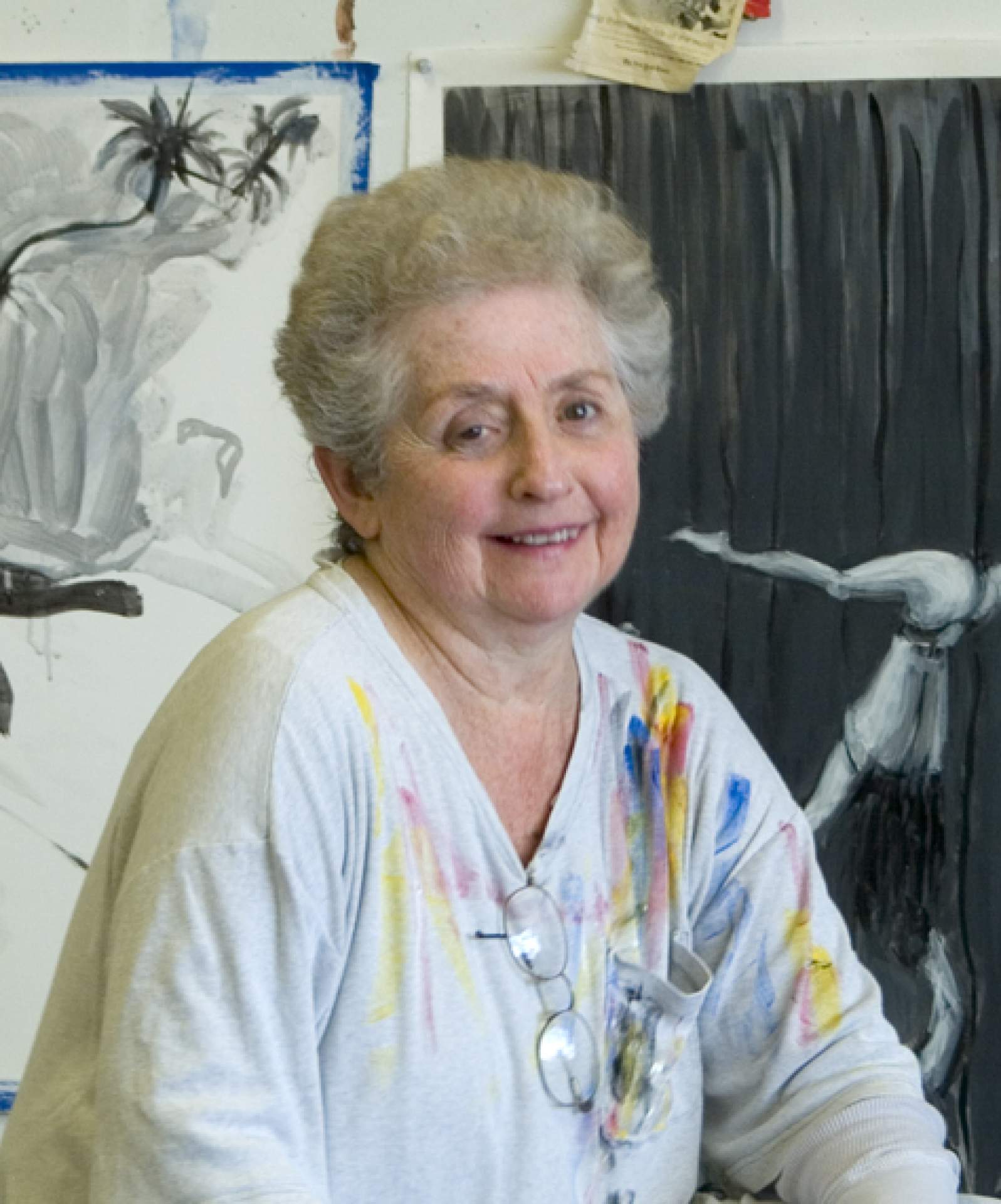 Jackie Felix (1929-2009) earned her Bachelor of Fine Arts (1981) and Master Fine Arts (1983) degrees from the State University of New York at Buffalo. She received many awards and residencies, including the prestigious Pollock-Krasner Foundation grant in 1997. Important artist residencies include the Millay Colony for the Arts in Austerlitz, NY in 1997; Artpark in Lewiston, NY in 2000 and Oberlin College in Oberlin, Ohio in 2000. Her art was presented in solo and group exhibitions in New York, Ohio, Pennsylvania, New Jersey, Maryland and South Carolina. She was commissioned to produce paintings and murals for public view in the Buffalo Museum of Science and Hallwalls’ former home in the Tri-Main Building. She also taught painting, printmaking and drawing at various institutions in New York State. The Burchfield Penney Art Center owns an enormous 11-panel storyboard painting, 2 large oil triptychs, 5 paintings on paper, and 5 monotypes. While her work has been exhibited in numerous exhibitions at the Burchfield Penney since the 1980s, Storyboard: The Sexual Politics of Jackie Felix (on view from February 10-April 29, 2012) provides the opportunity to present a major solo exhibition representing great accomplishments of her dynamic artistic career.