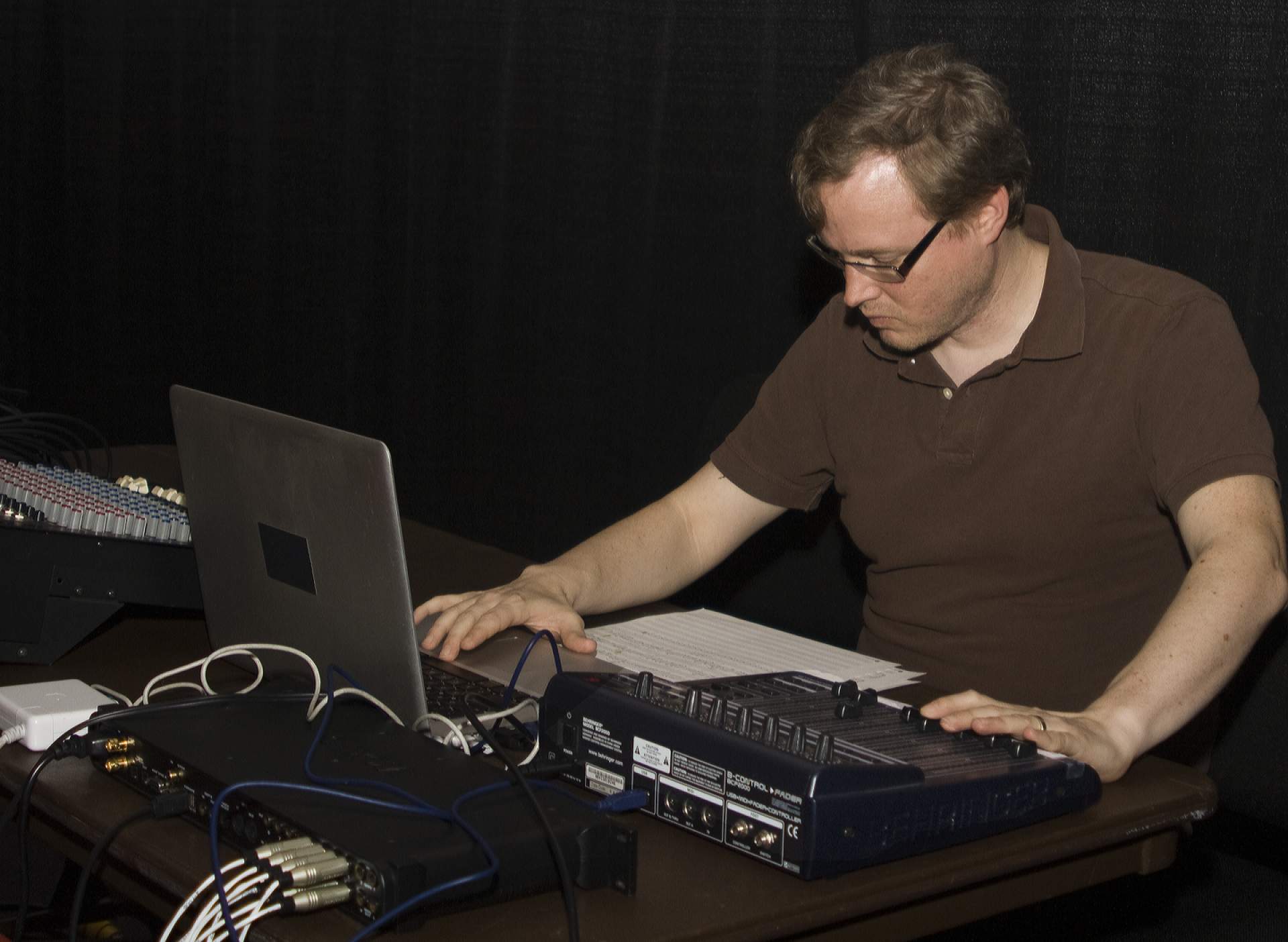 J.T. Rinker was born in Alexandria, Virginia in 1974. He "writes acoustic music, electronic music, and live interactive music and works in other media such as film, video, machine vision and robotic arts. His work is informed by and often combines elements from these various fields.

J.T. is Managing Director of the Robert and Carol Morris Center for 21st Century Music at the Unversity at Buffalo and also an adjunct instructor in the Department of Media Study teaching courses in Media Robotics.

A strong supporter of the rich arts community in Buffalo, J.T. volunteers time at Hallwalls Contemporary Art Center, teaches digital audio workshops at Squeaky Wheel and organizes events at Big Orbit’s Sound Lab. He is on the Board of Directors of Squeaky Wheel." [1]