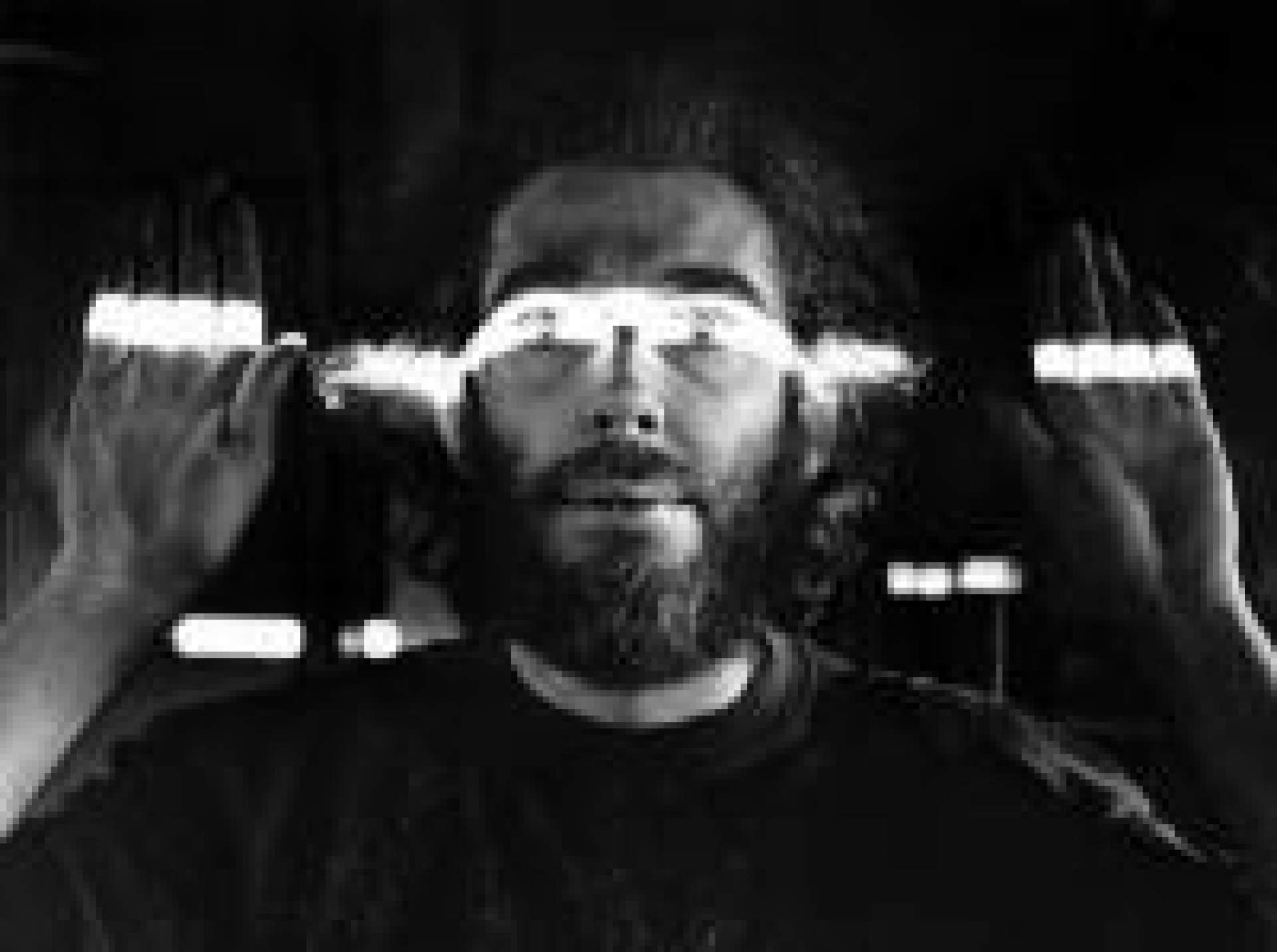 Hollis Frampton (1936-1984) was an internationally renowned filmmaker, theorist/writer, educator, and early pioneer of digital art. One of the major figures to emerge from the New York avant-garde film community of the 1960s, he is widely considered one of the primary architects of what is often called structural cinema, a style of experimental filmmaking that uses the basic elements of cinema to investigate formal issues at the expense of traditional narrative content.

Born in Wooster, Ohio, he was a child prodigy and attended Phillips Academy in Andover, Massachusetts (submitting his application on his own) from 1951-54, where his classmates and friends included future artists Carl Andre and Frank Stella. Failing to graduate from Phillips, he entered Western Reserve University in Cleveland, Ohio in 1954, though he never received a diploma there, either. In 1956 he befriended the poet Ezra Pound, who was completing his epic Cantos at the time. Two years later he moved to New York City, rooming with Andre and Stella, and began photographing his artist friends--a pursuit that soon led him to filmmaking. This transition paralleled the rise of experimental cinema in New York City in the early 1960s and the emergence of Jonas Mekas's Filmmakers Coop.

Frampton's early experimental shorts were often based on principles of science or mathematics and were relatively simple in structure and self contained. As writer Tom Vick observes in All Movie Guide, "It was Frampton's philosophy that film, at its most fundamental, consists of a series of images that have to be arranged in some way. He saw this as a philosophical problem and believed that arranging images into a narrative was only one of many possible solutions." [1]

As the young filmmaker gained mastery over his medium, the works grew in complexity and subtle wit. One of the best-known and most influentual of Frampton's films is Zorns Lemma (1970), a landmark of structuralism. In subsequent years he began creating ever more ambitious series of multi-part works, beginning with the three-and-a-half-hour Hapax Legomena project (1971-72). In the early 1970s, he also began experimenting with such emerging media as video and xerography. In 1971 he met photographer Marion Faller, who would become his longtime partner and frequent collaborator.

Frampton came to Buffalo, N.Y. in 1973 as an associate professor at the newly formed Center for Media Study (CMS) at University at Buffalo, where he helped to develop the program and its curriculum. Joined in short order by filmmakers Paul Sharits, Steina and Woody Vasulka, James Blue, and Tony Conrad, along with film theorist Brian Henderson, Frampton and company shaped one of the most influential university film studies programs in the country. In 1977, collaborating with Woody Vasulka, Frampton designed the Digital Arts Library at the CMS to formulate digital computer hardware and software for working with graphics, sound, and text. In reference to the role of computers in filmmaking--yet another medium of which he was an early adopter--Frampton wrote:

"Speaking as a working artist, I've never seen a computer-generated image that I found very interesting. But, on the other hand, computers have been used successfully for making music, electronic music. As a musical tool, the computer has matured. As an image tool, however, it is still young. However, we're optimistic. Things have their natural time, they come and go. The computer will hopefully only make certain tasks in art obsolete--certain loathsome tasks." [2]

In addition to teaching and writing, Frampton devoted much of his time in Buffalo to what was to become his final major project, the monumental 36-hour Magellan, named after the explorer who first circumnavigated the world. Arguably his own equivalent of Pound's Cantos in scale, Magellan was intended to be shown as a calendrical cycle, with individual segments to be screened at specific intervals over the course of 371 days. Left unfinished at the time of his death in 1984, it was one of the inspirations for the Burchfield-Penney's "Front Yard" project of projected video and audio tied to the seasons of the year.

Of the Magellan cycle, Frampton once observed:

"The Magellan cycle purports to be encyclopedic, but it's more like a tour of the possible principles for forming an encyclopedia--all, I hope, dutifully laid out and exemplified, but then to a great extent laid out and exemplified all at the same time. And, of course, since not all modes fit very well together, they begin to generate interferences, and, in fact, it's the interferences between ways of classifying things that begin to generate a form that interests me." [3]

Retrospective screenings and exhibitions of Frampton's films and other works have been shown internationally at institutions such as the Walker Art Center in Minneapolis, the Museum of Modern Art and Anthology Film Archives in New York City, Rijksmuseum and Stedelijk van Abbemuseum and filmuseum in the Netherlands, and the Albright-Knox Art Gallery in Buffalo, among many others. In 2012 the Criterion Collection released A Hollis Frampton Odyssey, a DVD collection of 24 of his short films dating from 1966 to 1979.

For more information on Hollis Frampton, see http://hollisframpton.org.uk/.
For an in-depth story on an extensive 2015 exhibition of Frampton's work in Buffalo, see http://www.buffalo.edu/atbuffalo/article-page-summer-2015.host.html/content/shared/www/atbuffalo/articles/summer-2015/features/hollis-frampton.detail.html.