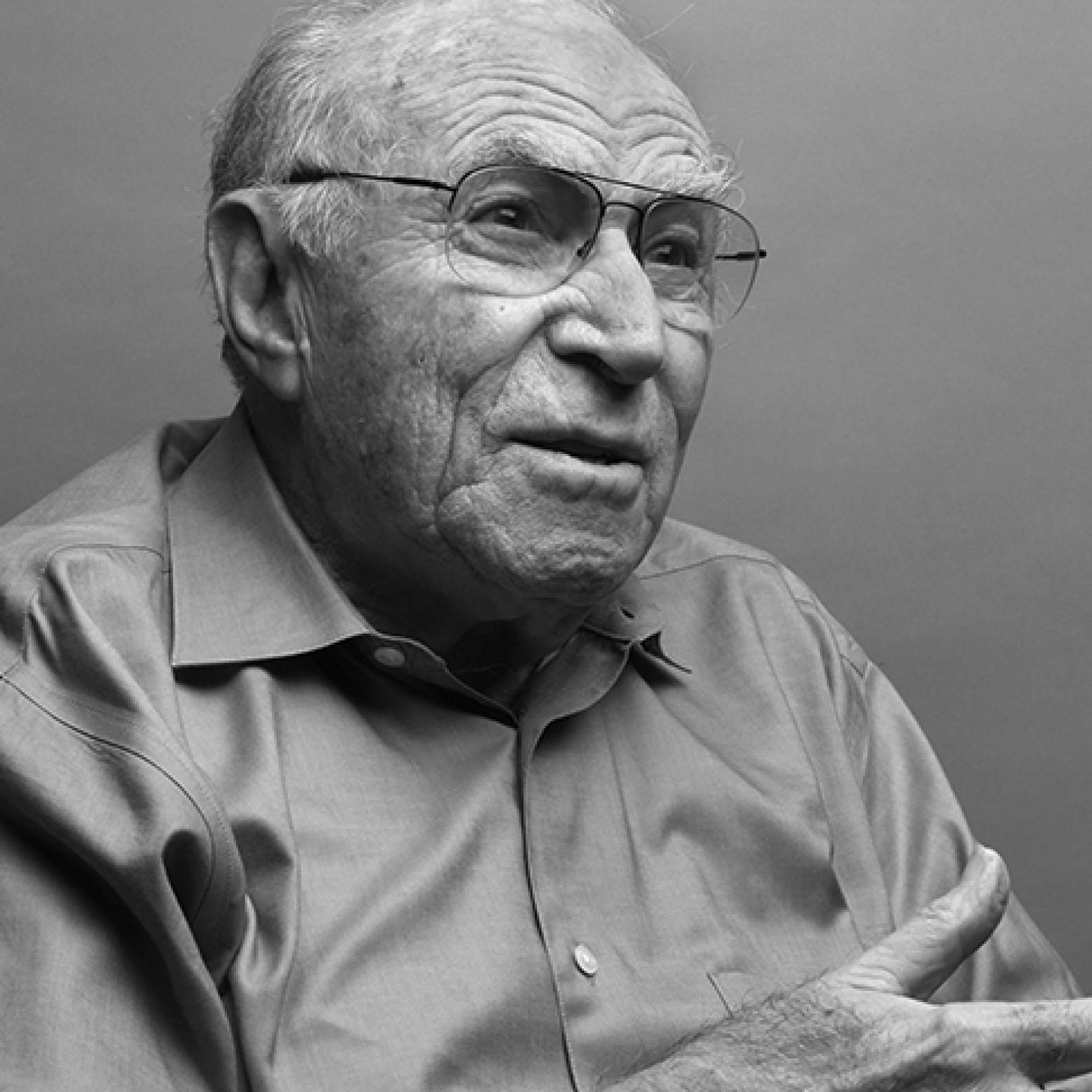 Harold L. Cohen (b. 1925) was a Brooklyn born designer, visual artist and educator based in Buffalo, New York. He was raised in the Orthodox Jewish tradition and from the age of 8 attended religious school five evenings a week. He later attended night classes at the Pratt Institute in Brooklyn before enlisting in the Navy in 1943. After a three-year tour of duty in the Atlantic and South Pacific during World War II he returned home, and encouraged by friends in the arts, applied to art school.

During the 1950s Cohen worked with fellow Institute instructor Davis Pratt (1918-1987) designing chairs and other furniture. Furniture designed by their firm Designers in Production was included in exhibitions at the Museum of Modern Art during this period. One of their chairs is in the collection of the Brooklyn Museum of Art.

From 1955 until 1963 Cohen taught at the Southern Illinois University in Carbondale, Illinois where he built and then chaired the design department. While there he invited his friend R. Buckminster Fuller (1895-1983) to teach in the department. During his time in Carbondale he also started working with the Institute for Behavioral Research. He was the dean of UB’s School of Architecture and Environmental Design from 1974 to 1984. After his retirement, he turned his attention to printmaking, painting, and sculpture. For more on Harold Cohen’s current work, visit haroldlcohen.com.