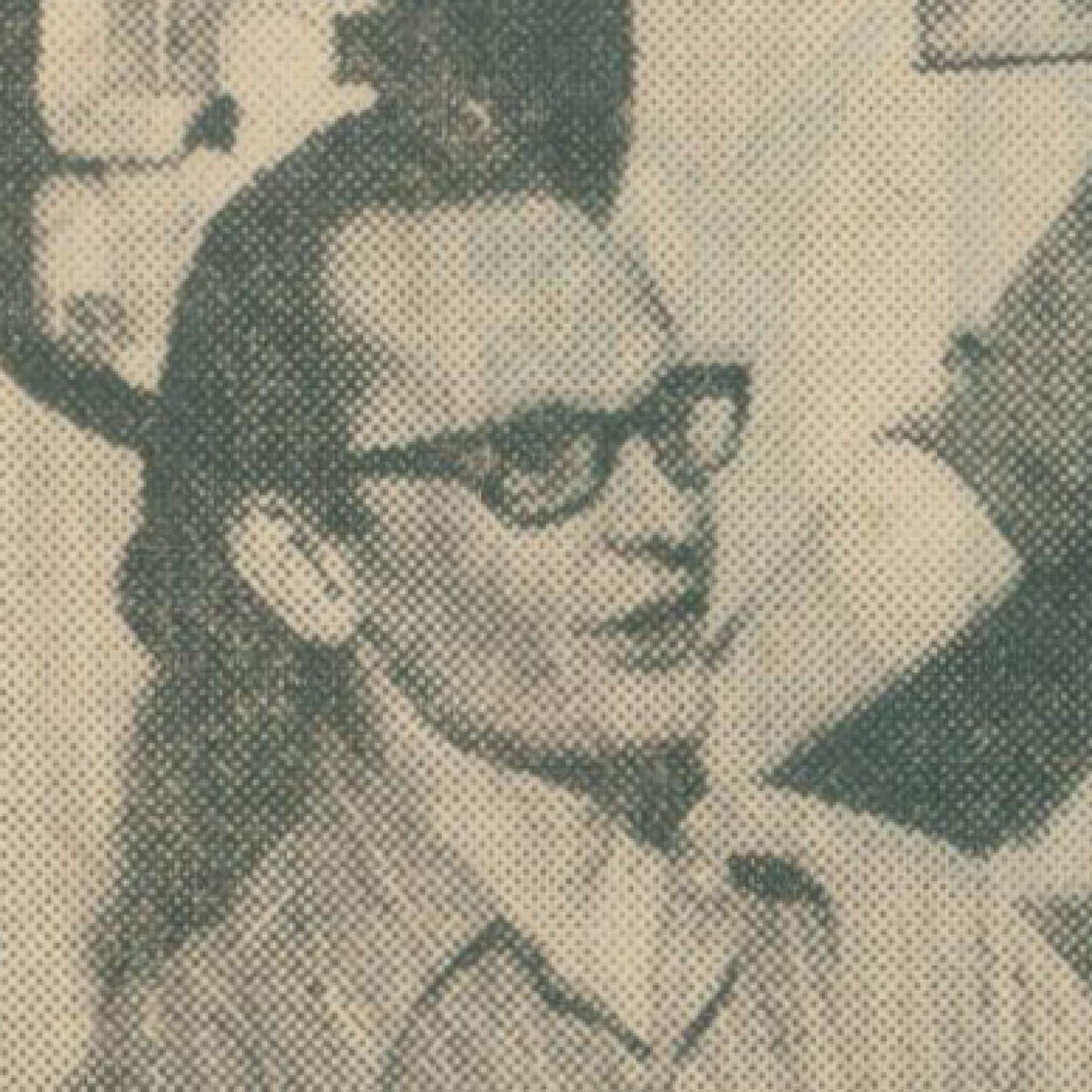 Harold “Bill” Helwig was an art educator and artist whose primary medium was enamel. Essentially a self-taught artist in enameling technique, Helwig created figurative and abstract designs for surfaces of copper, steel and silver objects. He drew inspiration from monochromatic grisaille painting of the 16th century. Many of his works underwent numerous firings to achieve the desired effect.

Helwig was born in Wellington, Kansas on July 23, 1938, and received his B.S.and M.S. with a focus on watercolor at Fort Hays Kansas State College. He served in the U.S. Army for two years in Europe. Returning to the U.S. in 1964, Helwig became the assistant director of the Creative Craft Center at Buffalo State College. He was named assistant professor in the Design Department of Buffalo State College in 1973. It was during this time that Helwig began using enamel as a primary medium.

In 1968 Helwig married fiber artist Lenore Davis (1947-1995). During the late 60s and 70s Helwig was an active member of the American Craft Council. In 1970, he served as the chairman for the NE Regional Chapter Craft Fair. In 1977, the Buffalo Evening News featured Helwig and Davis in an article about their designs. While Davis created soft, textile sculptures, Helwig became known as an enamellist. They were both members of Buffalo Craftsmen, an important group that often worked and exhibited together.

In 1977 Helwig left academia to lead the Vitrearc division at Carpenter’s Ceramic Coating Company in Newport, Kentucky. Working at Thompson Enamel, he educated artists as a consultant on both the enameling process and materials until 1985.

In 1982 Helwig served as cofounder and editor of Glass on Metal. From 1991 to 1998 he served on the board of the Enamelist Society and received the Society’s prestigious Creative Arts Award in 2001.