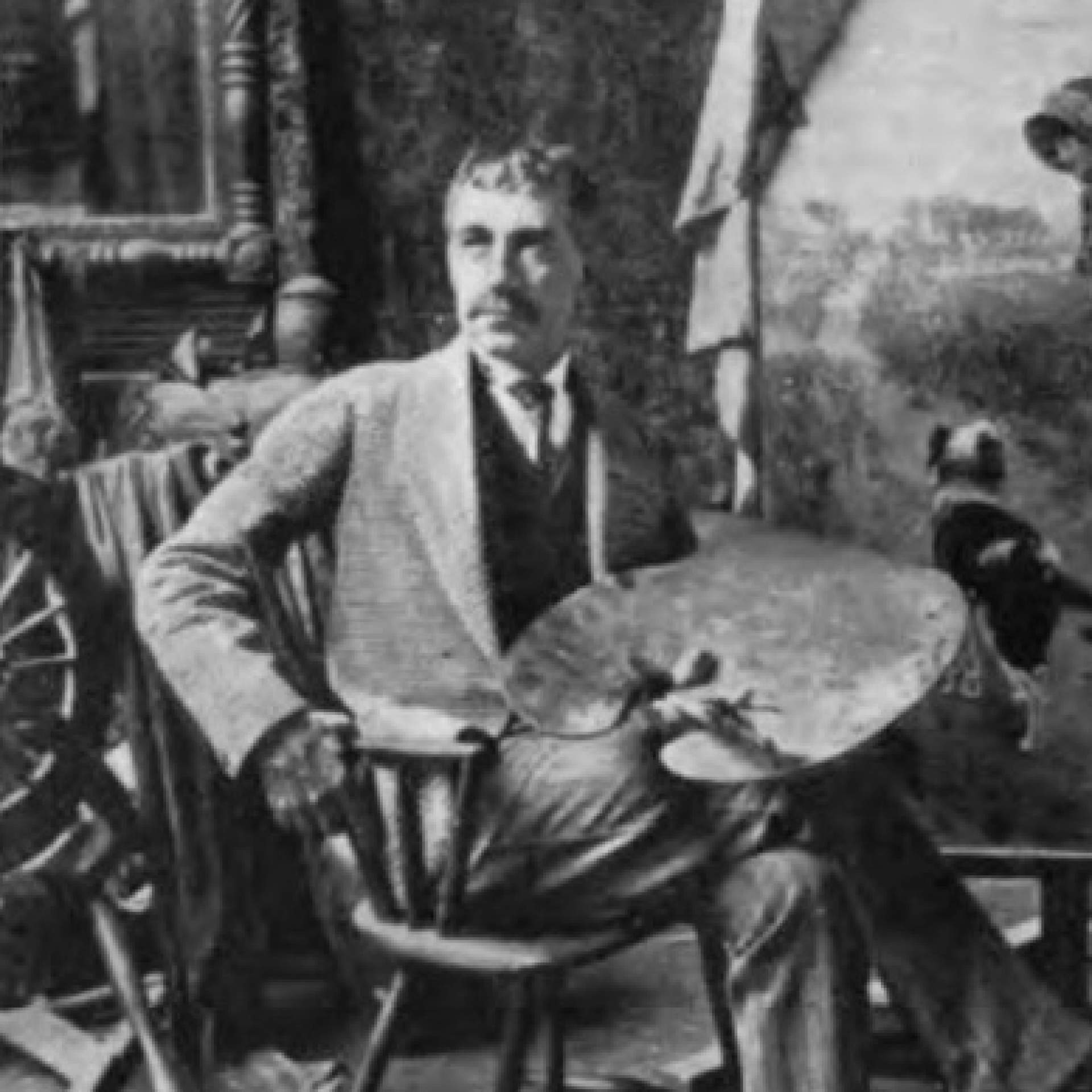 Hamilton Hamilton was a painter and etcher known for his American landscapes, portraits, and illustrations. He oftentimes incorporated dual images of young women in his scenes, modeled after his twin daughters. Hamilton was born in Oxford, England in 1847. His family immigrated to Cowlesville, New York when he was a child; however, he spent most of his childhood in Connecticut. Though primarily self-taught, Hamilton studied in Paris in 1870, and would travel back to Europe throughout his life. He moved to Buffalo in 1872 and traveled to Colorado the next year, where he completed forty-seven paintings. His Colorado landscapes were included in the 1876 Centennial Exhibition in Philadelphia.

Hamilton returned to France in 1878 and spent a year with the Point-Aven artist colony in Brittany. He moved to New York City in 1881, where he befriended other notable artists including Robert Blum, William Merritt Chase, and Thomas Moran. By the mid-1890s, he settled in Connecticut, where he spent most of his life. Hamilton was a member of the National Academy of Design and the American Water Color Society. He also co-founded the Silvermine Guild of Artists in Silvermine, Connecticut in 1922. Hamilton died in 1928 in Norwalk, Connecticut.