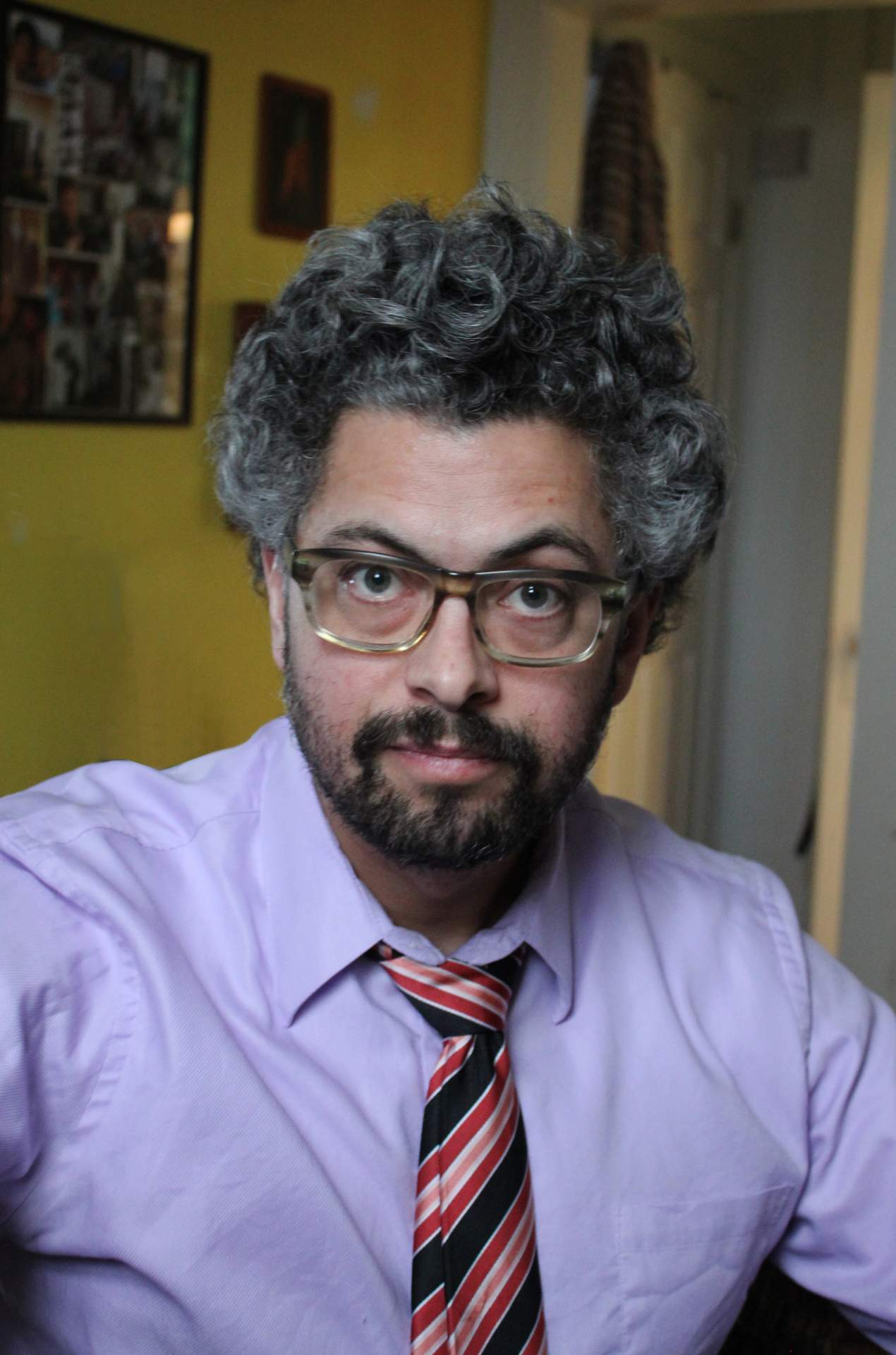 Frederick Wright Jones is a multimedia artist and educator. Continuously and restlessly on-route, Frederick spends time traveling between Allentown and Hamburg, Germany, the home of his life companion. Frederick’s family is a vital part of his existence, an anchor in a sea of contradictory beliefs. It has given him a global identity and cemented his belief in responsibility and community, both as a young father and husband.

Frederick was born in Boyertown, Pennsylvania. Growing up a light-skinned African-American and then living as a foreigner in Germany, motivates his work. The uniqueness of each place, the parallels and slight cultural shift between New and Old Worlds—Europe, with its varied levels of reconciliation with past atrocities, and America with its history split along color lines—leaves Frederick floating in the Atlantic. He has found a home in the identity of the eternal outsider, from there exploring how notions of power, guilt, duty, and entitlement define citizenship.

Frederick is the son of an artist and an archeologist, who introduced him to objects, the museum and the demarcations of art and history. The objects Frederick saw in the archeological museum were of wood, clay and stone, recognizable material formed with narrative. The narrative of the museum, that of linear progress and locational hierarchies, he did not understand as a child. These objects, like Frederick, are out-of-place. He compares their function to those in the Western formalist art tradition, objects of art for art’s sake, myths of talent and genius. Aesthetically, he is inspired by the utilitarian and the folk: religious reliquaries, merchandise, illustration, and propaganda. Frederick plays with the role of the historical figure, the myth of nation, and the process of identification, seeking out intersections of fact and belief to dissect political and cultural placement. He takes the canons of the institutions, the dream state of the West, weaving these with folklore, politics, and pop culture. Though tactile, his multimedia objects and installations materialize things we cannot see and forces we cannot measure, visualizing his deepest fears, darkest thoughts, and biggest uncertainties. They are an effort to define and redefine his placement as an American, a global citizen, and a cultural cannibal. His work is a method of researching the contradictions of the human condition and his life narrative.

Frederick Wright Jones is currently an assistant professor of sculpture at Muhlenberg College in Allentown, PA. Having studied at Rhode Island School of Design and the University of Pennsylvania, he received his MFA from SUNY Buffalo. On his way to teaching, alongside raising a family and continuing his artistic research, Frederick Wright Jones has 13 years of experience working as a rope-supported arborist. The inherent risks, team oriented dynamic, exposure to the elements, and intensity with material connected to urban forestry, all feed into his sculptural practice.