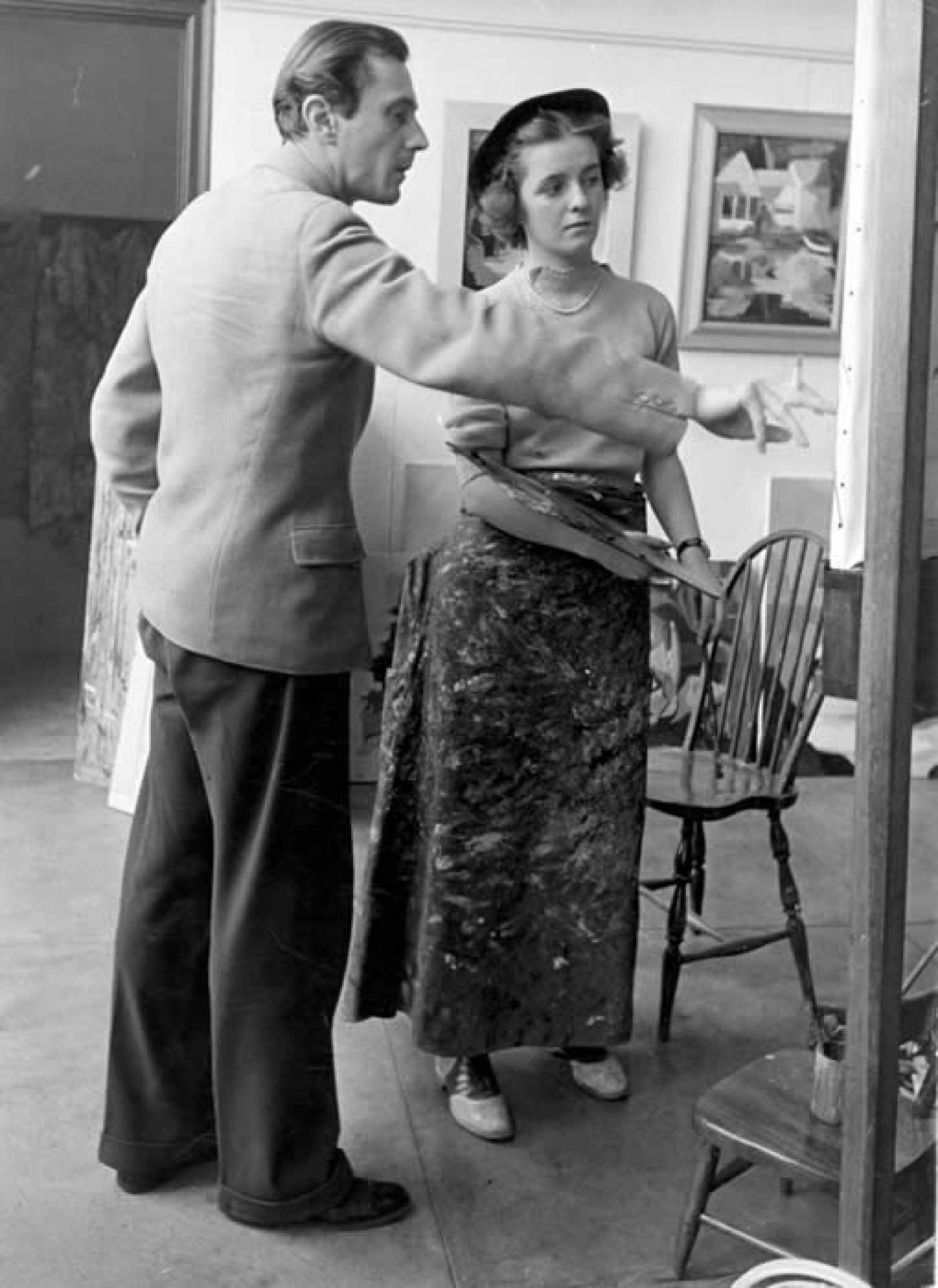 Born in Chicago and a graduate of the Buffalo Seminary and Sarah Lawrence college (‘1937),

The artist taught sculpture at Sarah Lawrence College, the Dalton School in NYC, the studio of Mrs. Seymore Knox on Oakland Place in Buffalo, The Art Institute of Buffalo with Robert Blair, and watercolor classes at Buffalo's YMCA, originated the Amherst Art Society, served as President of the Buffalo Society of Artists and initiated the Visual Art program at Nichols School, a private boy's school in Buffalo, An award for student of Art is given annually in her name

Davis was also an art critic for the Buffalo News and guest speaker for television and radio, local art societies, and educational institutions.

She died unexpectedly in 1967; her work remains in private collections throughout the US and as part of the Burchfield Penney collection in Buffalo, NY. Her family holds a small retrospective collection.

For more information about the artist, check her website: https://www.faithhowarddavis.com/