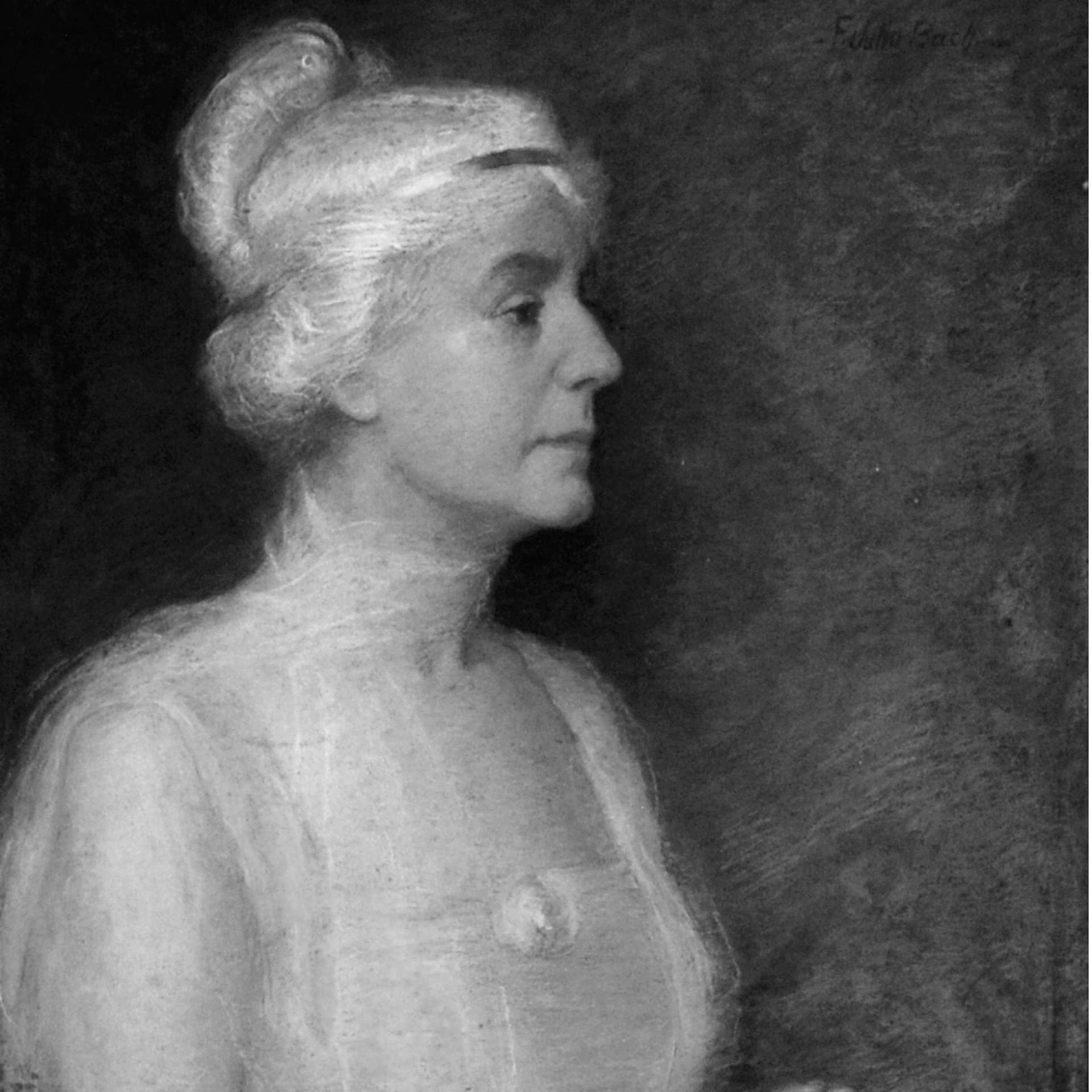 Evelyn Rumsey Cary was a Buffalo painter and patron of the arts. She was born in 1855 in Buffalo and lived in her family home throughout her life. She was the wife of Dr. Charles Cary and the aunt of sculptor Charles Cary Rumsey.

In 1901, she created the official emblem of the Pan-American Exposition, The Spirit of Niagara. Capturing the spirit of Niagara Falls, the feminine figure in the piece has been deemed the original maid of the mist and is perhaps Cary’s best-known work. Throughout her career, she created other notable works, including the portrait of Charlotte Mulligan, founder of the Twentieth Century Club. Cary also created the Woman’s Suffrage poster (c. 1905), which depicts an exquisite, feminine figure rising from the earth in front of a prominent building, representing women as an essential part of nature and crucial members of society. Inscribed on the poster are the words, “Give her of the fruit of her hands, and let her own works praise her in the gates.” The poster was an essential visual tool in the Woman’s Suffrage movement and was featured on magazine covers and in pamphlets.

While Cary was a woman’s suffragist and contributed to the national suffrage movement with her art, she also supported young women, particularly artists locally. She opened her home to young artists, assisting with their artistic training and development. She also supported the Albright Art School, providing money for scholarships and giving her time to help train students. She was active with the Buffalo Society of Artists, where she served as president in 1897.

Evelyn Rumsey Cary died at her home in 1924 after a short battle with pneumonia. Her legacy of supporting local artists continues to live on in the present; her niece Evelyn Rumsey Lord established the Rumsey Scholarship at the University at Buffalo, which is granted to an art student to travel for artistic and personal enrichment, or for tuition assistance for a summer studio art program outside of the university.