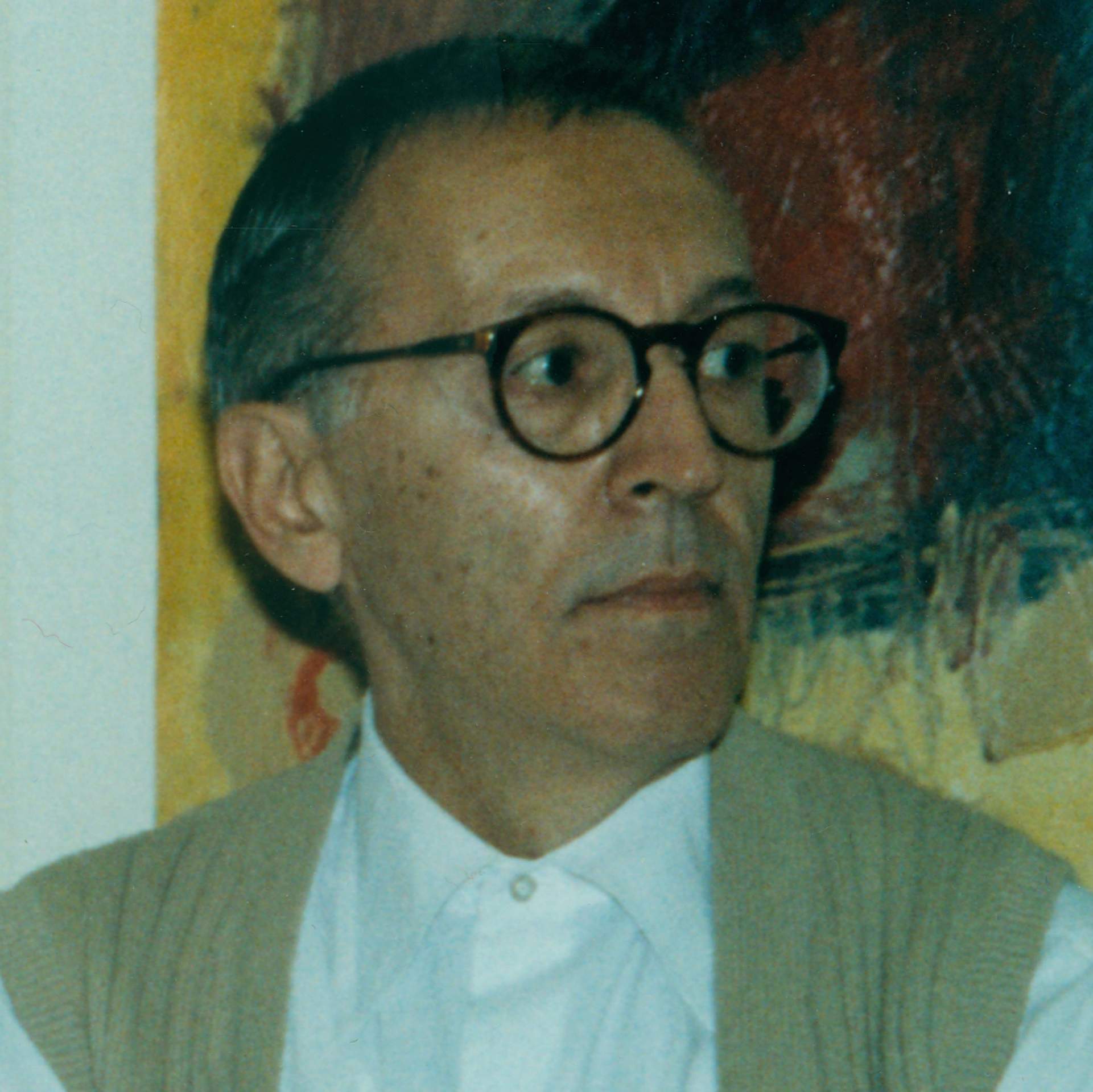 Ed Bisone, was known to most people as Eddie. His career has placed him as far away as the West Coast, before returning to the Great Lakes city of his origins.  In 1950, he received his Bachelor of Arts degree in speech therapy from the University of Buffalo, during this time he had the opportunity to study painting with Seymour Drumlevitch.  After years of spending time switching between work that focused on his study area to his passion for making art; he settled on working in restaurants where he was able to paint throughout the day and yet be able have interactions with people, something he needed, at night.

He has been selected to be in over 100 national juried exhibitions, starting with the 27th Annual Midyear Show in 1962 at The Butler Institute of American Art in Youngstown, Ohio.  Although a young man of 34 at the time, he was selected for this exhibition with such notable artists from western New York artists as Charles E. Burchfield, Harvey Breverman and Polly King. During the late 1980’s and early 1990’s Eddie lived in California and, although separated by thousands of miles, he kept his contacts with Buffalo, writing letters, entering exhibitions and being represented by Art Dialogue Gallery.  During this period he also exhibited and won awards and recognition from Art of California, the Berkley Art Center, and the Juniper Gallery/Napa Art Center not to mention exhibitions around the US.   Although he frequently considered himself as separate from the art community he had been a familiar face greeting visitors to the Art Dialogue Gallery since his return to Buffalo.

Bisone was primarily interested in the process of creating artwork.  He layered paintings on top of paintings and sometimes collages elements.  The process only seemed to stop developing when the artwork left his studio to go into exhibitions or collections.  Bisone created work with a spontaneity. He stated that his work – inspired as random commentary about current issues – was cued to themes of individuality and the relationship of the individual to society.  This reflection and interpretation allowed him to address the politic discourse of the moment as a dialogue and the place of the individual in that conversation.

In 2005 the Burchfield Penney launched two associated exhibition series, one paying tribute to senior artists and one for emerging artists. The intention was to get these artists and their audiences together, knowing that they would inspire and learn from each other. Eddie, was selected to be the lead artist for the Life in Arts exhibition, knowing that his life time commitment and productivity would inspire so many.