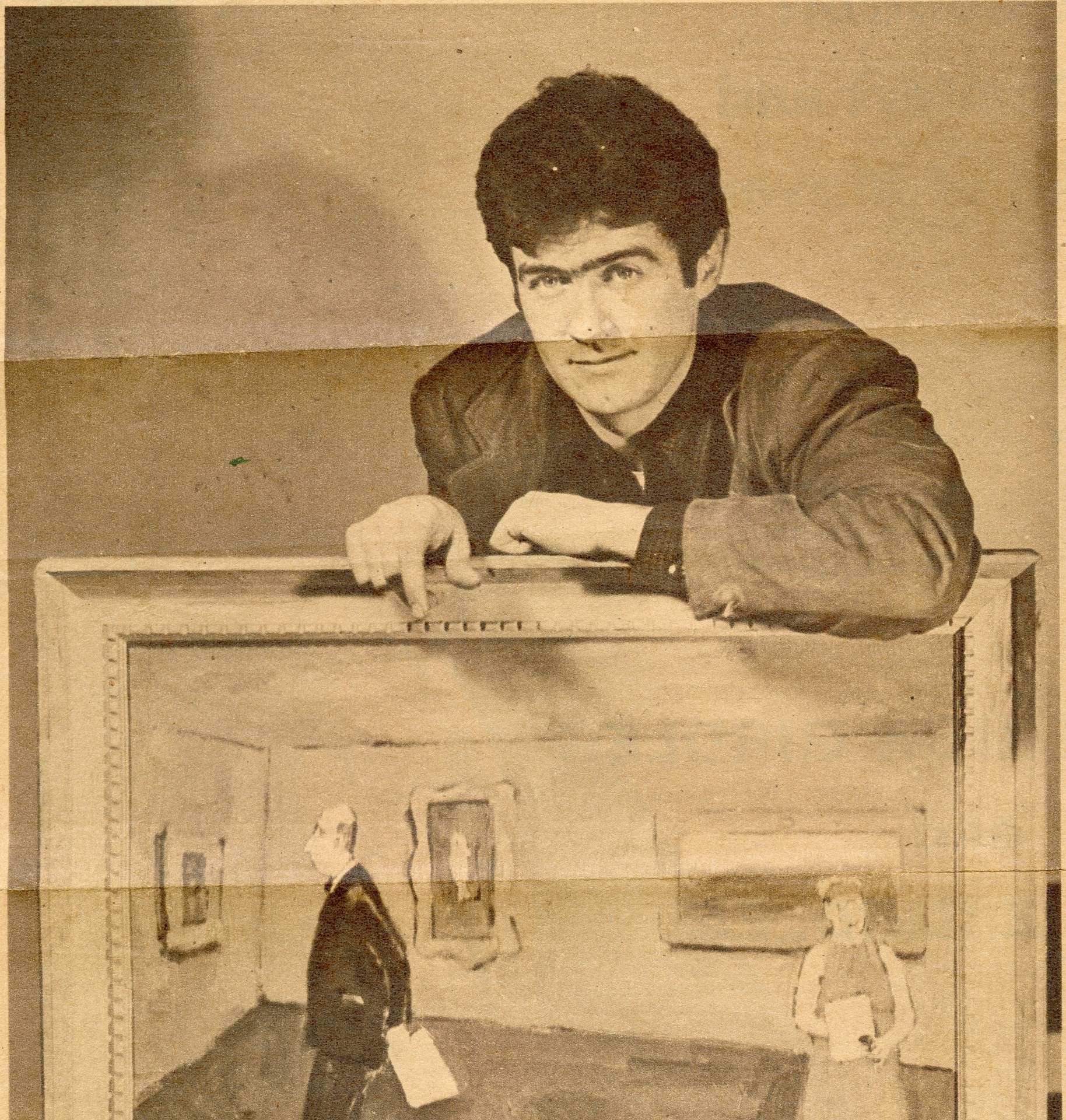 Burns was born May 24, 1919 in Hamburg, New York. He began his formal art training around 1938, studying at the Art Institute of Buffalo under William B. Rowe. During this period of study, he also worked at the Bethlehem Steel Corporation and later at Bell Aircraft. He began exhibiting his paintings in 1940 and was featured in group shows of Western New York artists at the Albright Art Gallery in 1940 and 1941, where he won prizes for his paintings. His first solo exhibition took place in 1941 in Buffalo, and participated in additional group shows in Syracuse and Chicago.

Burns was a member of and exhibited with the Art Institute of Buffalo and the Patteran Society of Artists, winning several prizes and honors for his works. In 1945, while serving as a seaman in the U.S. Merchant Marine, he was awarded the John Simon Guggenheim Memorial Fellowship Award and was selected by the Standard Oil Company of New Jersey to illustrate the oil industry’s contribution to WWII for its fine arts project. He completed three additional painting commissions from The Standard Oil Company in subsequent years.

Burns taught art for one year at the Putney School in Putney, Vermont from 1946-1947. In 1947 he began teaching at the Art Institute of Buffalo, where he remained for three years. He continued to exhibit his work, and was featured in several shows throughout Western New York and in galleries in New York, Chicago, and Boston

By the late 1950s, Burns relocated to Hoboken, New Jersey, where he worked for Atlantic Design and was an active writer and photographer in New York City. He was commissioned for illustrations in publications including Life, Esquire, and Coronet. One of his photographs of the Brooklyn Bridge was also published in The New York Times. Towards the end of his career, Burns focused on photographing various subjects including cityscapes, portraits, street and alley scenes, and steel industry views. Many of these photographs are part of the permanent collection at the Brooklyn Museum. His other works are part of permanent collections at the Buffalo AKG Art Museum, and the Burchfield Penney Art Center.