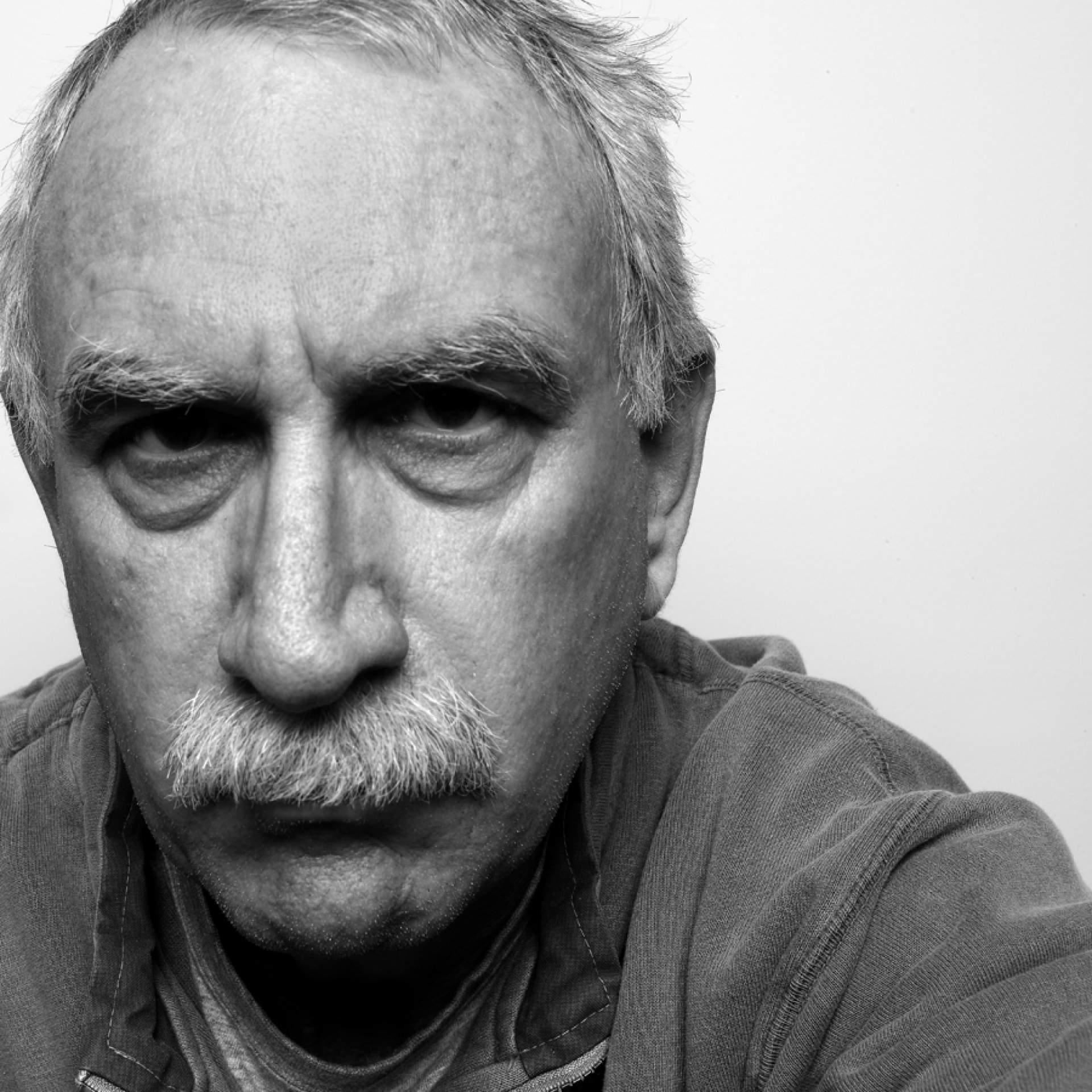 David Moog is a photographer based in Buffalo, N.Y. Born in East Orange, New Jersey in 1944, he was educated at St. Lawrence University (Canton, N.Y.), the Rochester (N.Y.) Institute of Technology, and the University of Buffalo (N.Y.). In 1962 Moog was introduced to acclaimed photographer Minor White at a lecture and exhibition organized by fellow RIT student Michael Hoffman. That encounter fueled Moog’s lifelong interest in photography, and he later studied with White, Beaumont Newhall, and Arnold Gassan. He cites Group f/64, Edward Weston, and Paul Camponigro as other important influences. [1]

In the early 1970s Moog opened a photographic illustration studio in Buffalo’s Allentown neighborhood and went on to build an industrial advertising agency. His career in commercial image making and graphic design continued until his retirement in 2010. In a 2012 letter to Burchfield Penney Art Center director Anthony Bannon, he wrote:

“I’m playing photographic catch-up ball after a lifetime of commercial photographic assignments and too damn much client-directed graphic design. I never cared at all if anyone saw my personal images. More than likely that sentiment would have upset Minor, who perfectly understood there was a transcendent relationship between the thing photographed and the camera (photographer), and a similar relationship between the print and the viewer.” [2]

Following a 2014 exhibition of his work at the Burchfield Penney, Moog approached the museum about participating in an ambitious project he devised, entitled Artists Seen: Photographs of Artists in the 21st Century. In a 2015 interview for Buffalo Spree, he described the photo series to writer/artist Bruce Adams:

“My goal is to create a portrait of every visual artist and many of the musicians who live in, work in, or are somehow connected to Western New York. … I would need painters, sculptors, engravers, potters, ceramic artists, wood carvers, furniture makers, [and] photographers, [as well as] gallerists, curators, and critics. … I’ve set an artificial deadline of three years for accomplishing the task, but who knows if that’s a realistic timetable?” [3]

All self-identified members of the Western New York arts community are encouraged to participate. As part of the project (requested by BPAC staff), Moog is also photographing himself once a week over its three year duration. Artists Seen will culminate in an exhibition tentatively planned for 2018; the entire series is also available online at https://www.burchfieldpenney.org/collection/browse:the-archives/artist:david-moog/ as it develops.

[1] Biographical information in this and subsequent paragraphs adapted from http://moogphotography.com/. (Accessed 1/9/2015).