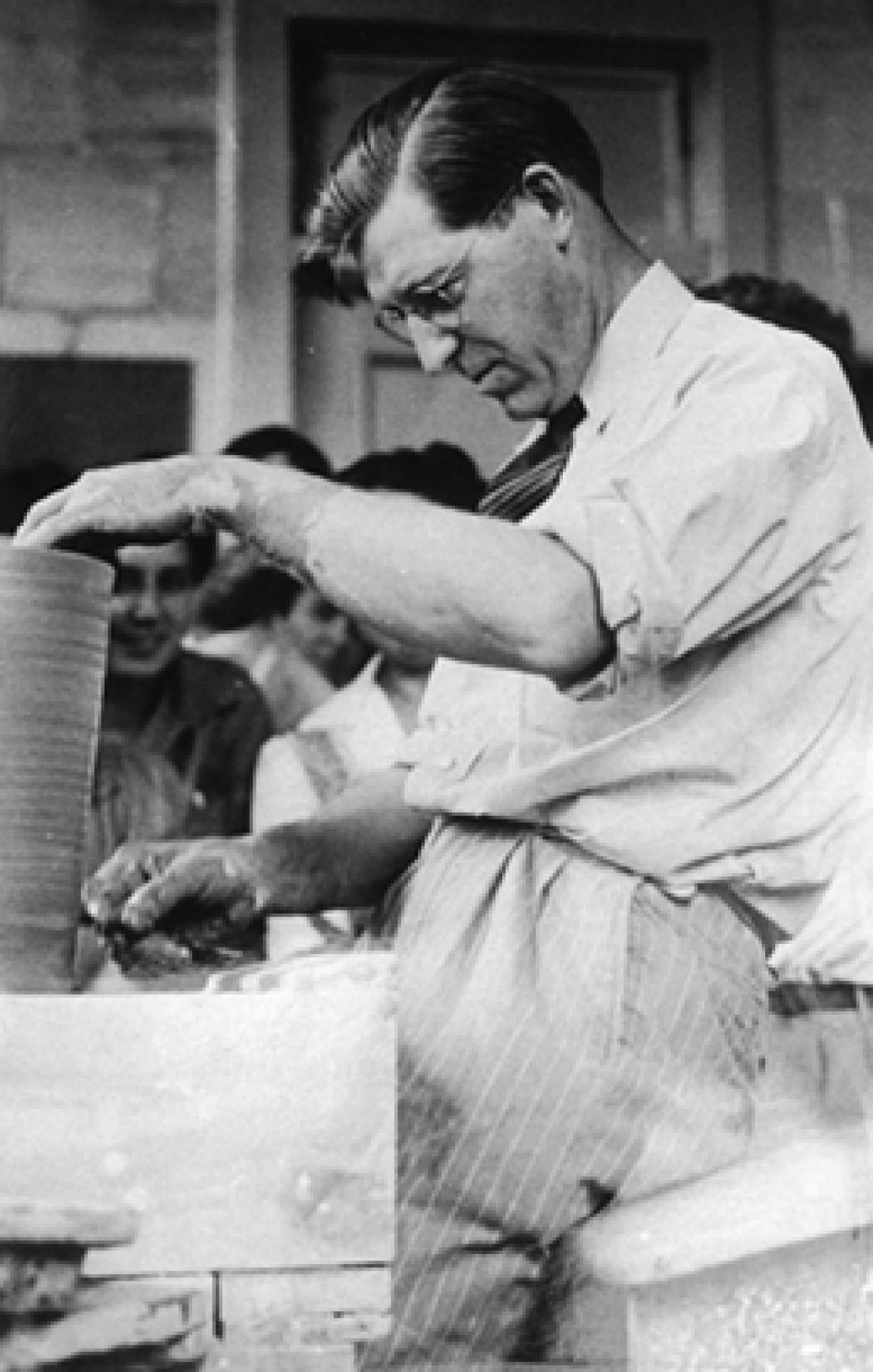 Charles Mabry Harder (1899-1959) had a long career at Alfred University spanning 31 years. He began as an Instructor of Art at the New York State College of Ceramics and progressed through the ranks until being named Professor and Chairman of the Design Department from 1944-1958. He also was a consulting designer and ceramist at several films, including the Enfield Pottery & Tile Company, which flourished between 1906 and 1930 in Enfield, Pennsylvania; Empire Crafts Corporation in Neward, NY; and Ralph Adams Cram, Architect, Boston, MA. He was a consulting ceramist for Designer Russel Wright in New York, NY; and consulting designer on a joint project for Southern Potteries and R. H. Macy Company in New York. His work received awards in Cleveland, Syracuse and Paris, and he was the holder of the Binns Medal, a coveted award in ceramics. The list of his publications, lectures, and teaching notes is substantial. The New York State College of Ceramics has his Archive.