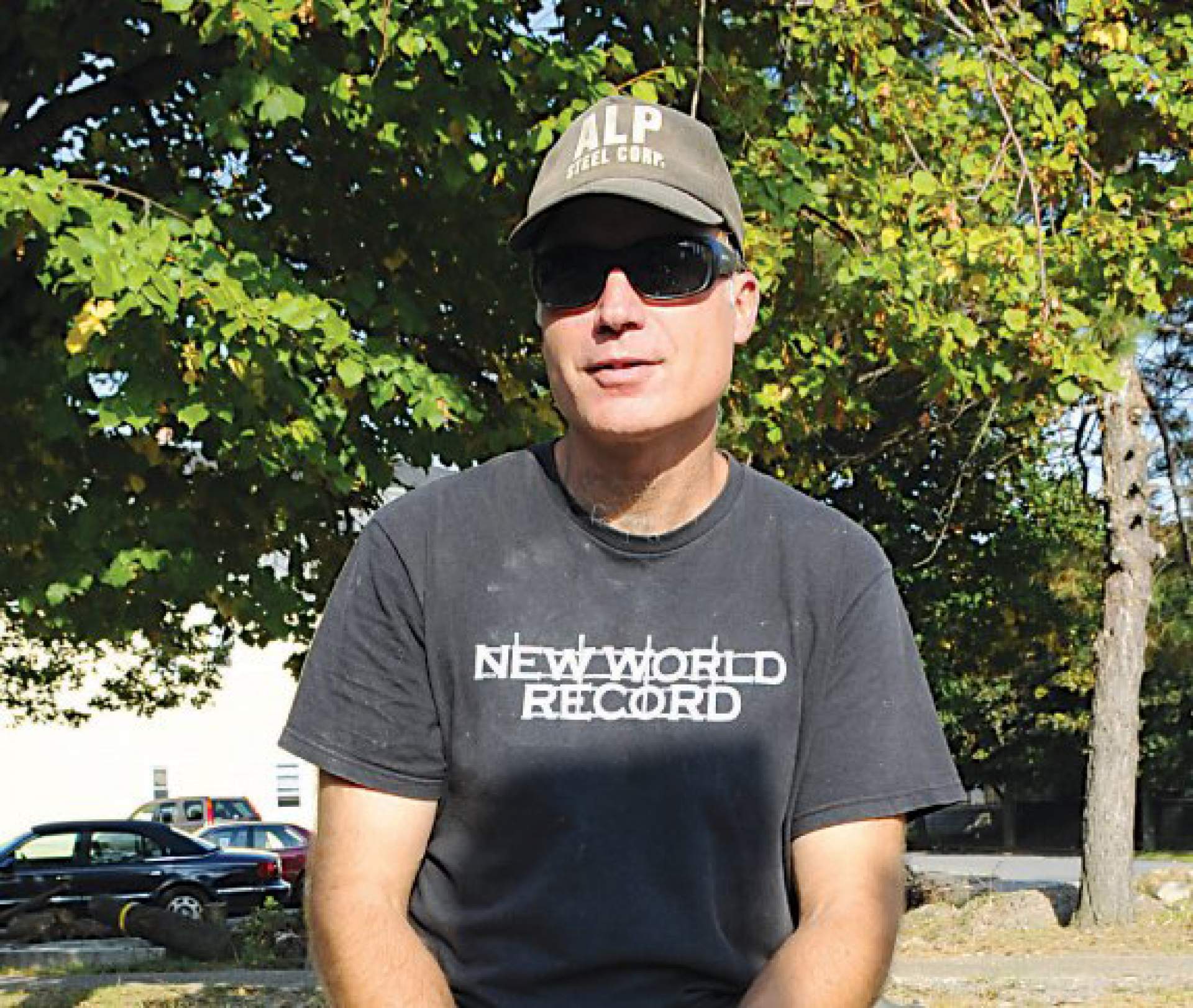 Brad Wales is a Buffalo, N.Y.-based architect, educator, set designer, landscape designer, writer, media artist, and photographer who has been merging multi-media art and architecture for more than 30 years. He grew up in New Jersey and received a BA in architecture from Princeton. While in college he began designing and building sets for plays and dance performances, and he continued to do so after graduation, creating stage productions (with a particular emphasis on lighting and video projections) in London, Edinburgh, Barcelona, Venice, Rome, Mexico City, Boston, New York City, and Buffalo. His films have been screened in many of the same cities. In the mid-1980s, he co-founded Nuncio Flash Theater Company in Boston, a not-for-profit multi-media performance group that was in residency at the Massachusetts College of Art.

Wales designed and built Gallery 164 in 2003. The live/work space, located at 164 Allen Street in the Allentown neighborhood of Buffalo, exhibits two- and three-dimensional visual art, as well as three-channel video and film installations. In 2006, he and his wife, Beth Elkins, founded Nimbus Dance with the intent of creating site-specific, multi-media, cabaret-style dance performances that deal directly with current events, especially environmental issues. In 2010, Wales told writerNancy J. Parisi that his work with the gallery and Nimbus “all dovetails with what I do with architecture. It’s a matrix; it intertwines. I think of architecture as being performative. A building performs; it’s a stage set for performances of life—anybody with a second floor porch has balcony seating for street theater.” [1]

Of the couple’s collaborations (specifically Temporary Dream, their contribution to the 2006 Buffalo Infringement Festival), Ron Ehmke wrote “… [C]horeographer Beth Elkins and designer/architect Brad Wales of Nimbus Dance have done more for movement/performance in WNY than just about anyone else I can name. … Their combination of movement, media, live music, and other material feels fresh and exciting. I’ve seen other artists using many of the same tools in other cities–primarily in the East Village in the mid80s and early 90s–but this doesn’t seem like a retread, more like a reinvention for a new place and time. Watching Thursday night’s show I had the strongest sense yet that Buffalo’s live performance scene is in a kind of golden age right now.” [2]

Wales collaborated with media/performance artist Brian Milbrand on the first Nimbusshow, Story of a Girl, in 2006. Since then the pair have joined forces on more than a dozen shows and installations, including The Cell Phone Show (2007), radioACTIVE (2010),Gross Negligence (2010/2011), Surround(2010), Frack U (2011), VideoSoundDanceMagic (collaboration with video artist Steina at Buffalo State College, 2011), and American Grain(collaboration with Torn Space Theater at Silo City, 2012), many of which also involved the improvisational music group Reactionary Ensemble. Wales and Milbrand’s most ambitious project to date is the design and construction of the Towers on the Front Yard of the Burchfield Penney Art Center, a permanent, constantly changing multi-projection installation for which they have also curated the series “Cycles,” showcasing the work of video and audio artists and tied to the changing of the seasons and other environmental factors.

Wales has approximately 3 decades of experience as an architect, including more than 15 years as a sole practitioner in Buffalo. His community-based green projects focus on mixed-use design, streetscapes and pocket parks, and passive solar design, with an overall emphasis on issues of durability, adaptive reuse, and sustainability. His many Western New York projects include the Elmwood and Williamsville locations of SPoT Coffee, the Buffalo Rising offices, Café 59, Pausa Art House, Duke’s Bohemian Bar & Grill, College Street Gallery, and the Pilates Loft.

Since 1997, Wales has been a Clinical Assistant Professor in the Architecture Department at SUNY Buffalo teaching a senior design studio in mixed-use urban housing. In 2001, he set up the Small Built Works Project, a hands-on program that has students design and complete public art projects in conjunction with local community groups. This ongoing work, which so far includes bus shelters, kiosks, a windmill, sculpture parks, the Allentown-Elmwood Gateway Project (2002), the Totem Project (2004), the gut-renovation of El Museo Gallery, the much-discussed Open/Rotating House at 15 South Putnam (2007), and the Cycles/Front Yard project for the Burchfield Penney, received the National Council of Architectural Registration Boards Grand Prize in 2005 for the creative integration of education and practice. In his article “Energizing the Public Realm in Buffalo,” published in the Journal of Architectural Education in 2006, Wales described the project as “an experimental design-build program that uses the city as its laboratory.” [3]