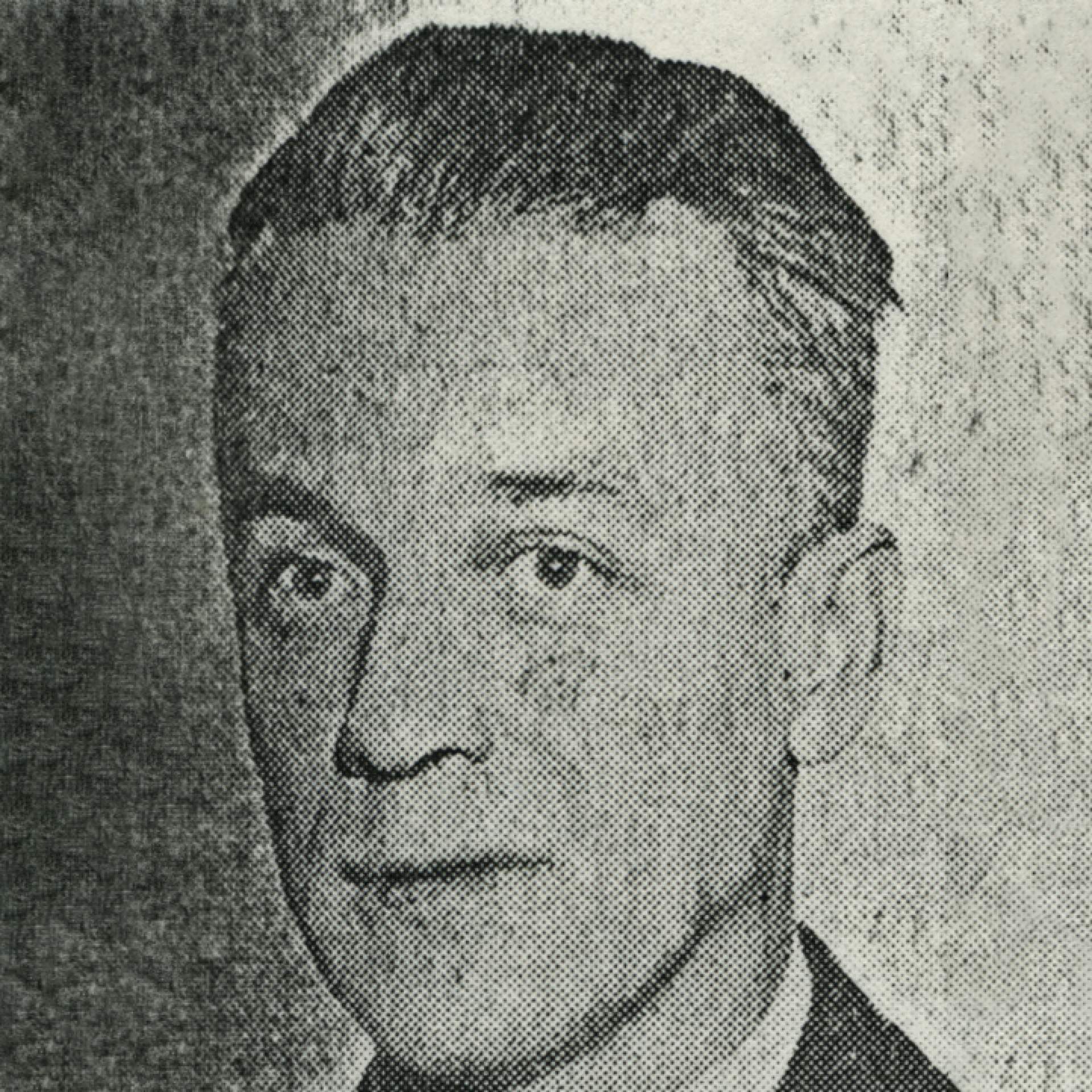 Bertram Glover was a painter and illustrator born in Scotland in 1903. He moved with his family to the Buffalo area in 1918. Glover studied at the Art Students League in New York and later at the Albright Art School. During the 1920s he created illustrations for pulp novelettes and later painted portraits of various people as well as landscapes and city scenes

In 1941 he was the recipient of four awards in a single week. His painting Braiding Indian Corn won the popular vote prize at the Albright Gallery’s Western New York exhibition. He was also the winner of the Pateran Prize for the best group of pictures and the YMCA purchase prize at the same exhibition. He won the gold medal at that year’s Buffalo Society of Artists exhibition held at the Hotel Statler in downtown Buffalo for his painting Portrait of My Mother.

In 1940 he opened a commercial illustration studio in Buffalo and in 1944 he created illustrations for a book of Robert Louis Stevenson’s Child’s Garden of Verse edited by Lillian Walker Stephens at Buffalo State Teachers College. In 1949 Glover painted a historic mural in a bank building on Main Street in Williamsville, New York. The mural depicts historic buildings in the surrounding village drawn from a survey done in 1854 by Tobias Wither. Glover passed away in 1964.