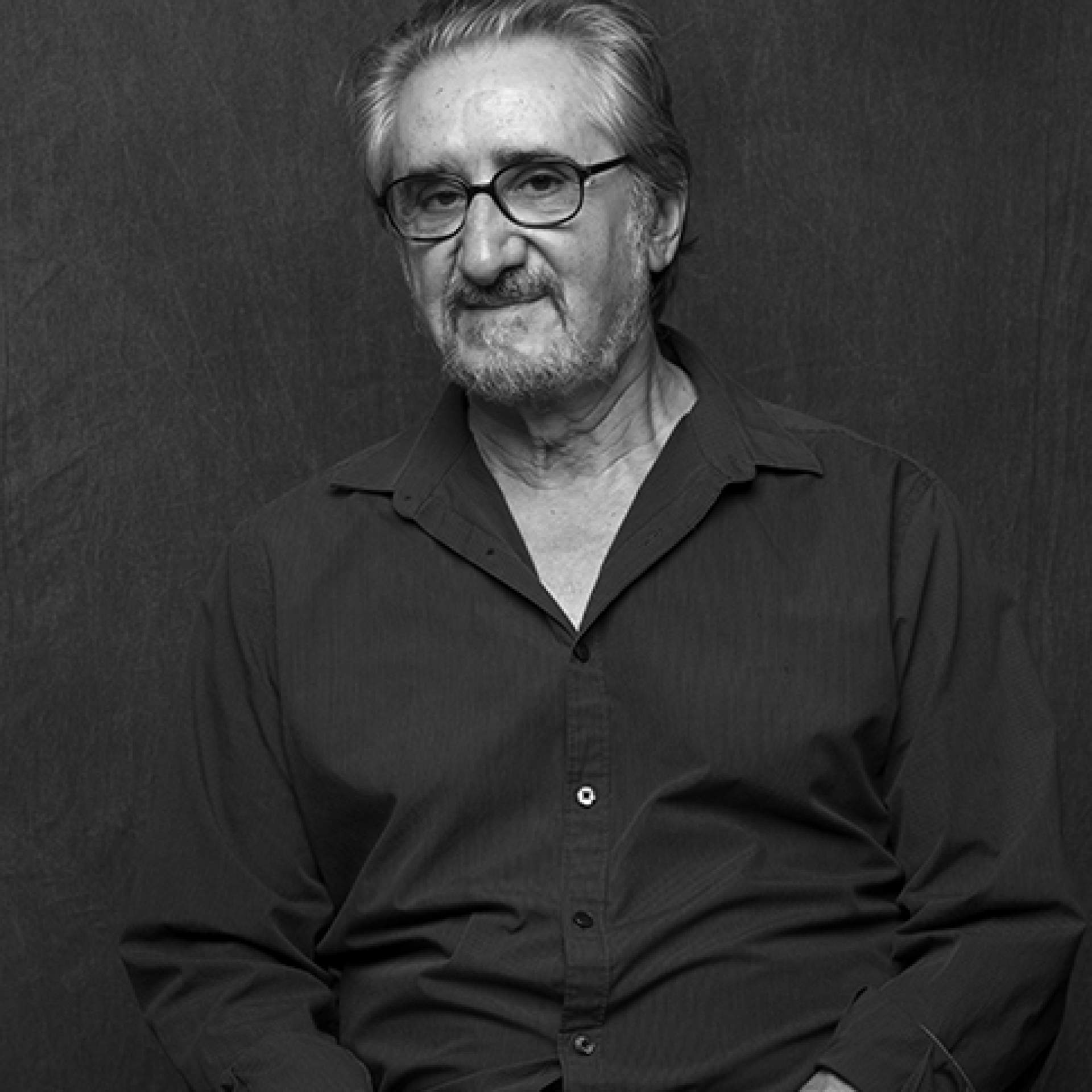 Ben Perrone is a painter, sculptor, and installation artist. A self-described "Vietnam protester, artist, and human being," he sees his work as a reminder to people of the destructive consequences of war. Perrone was born in Pennsylvania in 1933 and moved with his family to Buffalo, N.Y. in 1941. He attended the University at Buffalo for three years before dropping out to join the U.S. Army. He returned to Buffalo in 1960 and attended the Albright Art School, studying painting under Lawrence Calcagno and working with such artists as Wes Olmsted, Harry Albrecht, and Adele Cohen. During this time he was highly inspired by abstract expressionism. and his painting was comprised of splattered paint on canvases with drawings into the paint, along with landscape abstracts. He also developed antiwar posters and drawings, such as his Kosovo Series, that depict the survivor’s feelings and the tragedy of war. Later on, he took up sculpture and experimented with paper bags as a building material, portraying and symbolizing the soldiers who had died in Iraq. Perrone sees his work as a reminder to people of the destructive consequences of war. He has held many shows throughout the area, including the 24th and 26th In Western New York exhibitions at the Albright Knox, the 6th, 7th and 9th Annual Chautauqua Art Exhibits, and the New York State Invitational in Syracuse. His two installations at the Burchfield Penney, one in 2010 and one in 2013, have both examined the toll of recent U.S. wars.