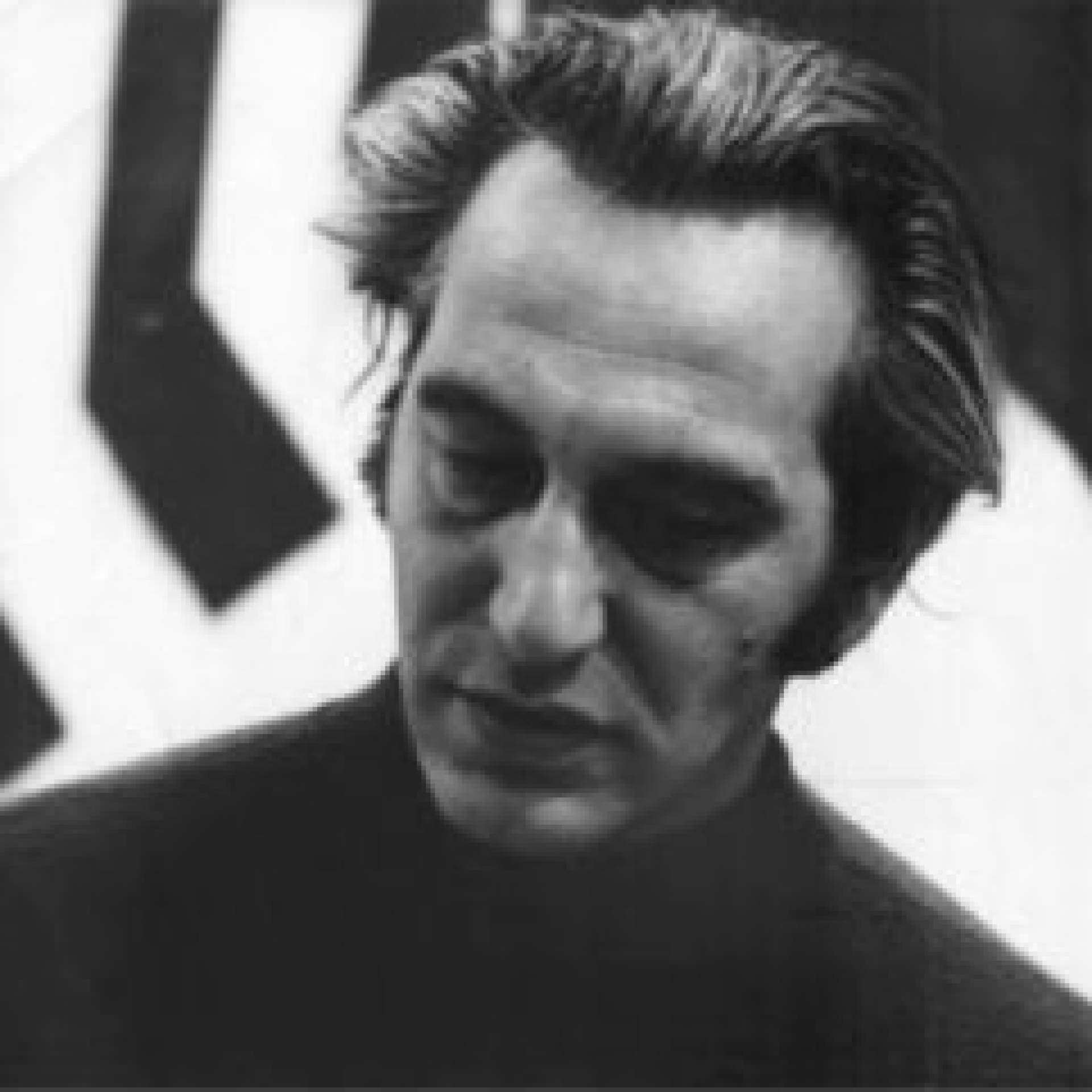 Allan D’Arcangelo was an internationally recognized American painter, printmaker, and muralist born in Buffalo. Often associated with the pop art movement, he is known for his clean, abstracted paintings of roads, highway signs, and other icons of American car culture.

D’Arcangelo received a bachelor’s degree in history from the University at Buffalo in 1953; later in the 1950s, he divided his time between Mexico City and New York, launching his career as a visual artist. His work in the early 1960s coincided with the rise of first-generation pop and juxtaposed symbols of Americana, advertising, the space age, and popular culture among other recurring themes; automotive imagery was prominently featured. By the 1970s the paintings had become more abstract and geometric and focused more tightly on the iconography of the open road, evoking a unique approach to landscape.

Discussing a 1979 retrospective of the artist’s work at what was then called the Burchfield Center, Buffalo Evening News reviewer Brenda Preisner observed:

“There is nothing picturesque or romantic about D’Arcangelo’s landscapes. Their forms are so carefully refined, their lines so straightforward and bold, their compositions so neatly balanced, that they appear as unadorned descriptions of a particular place. And yet the place is nowhere particular at all.”

D’Arcangelo’s work can be found in the collections of the Museum of Modern Art, Guggenheim, the Whitney Museum of American Art, the Hirshhorn (Washington, DC), the Walker Art Center (Minneapolis); museums in Holland, France, London, and Germany; and the Burchfield Penney Art Center, among others. The artist joined Marlborough Fine Arts (New York) from 1971-75. His estate is represented by Garth Greenan Gallery (New York). D’Arcangelo also taught and served as artist-in-residence at universities around the nation including the School of Visual Arts and Brooklyn College, where he was professor emeritus.