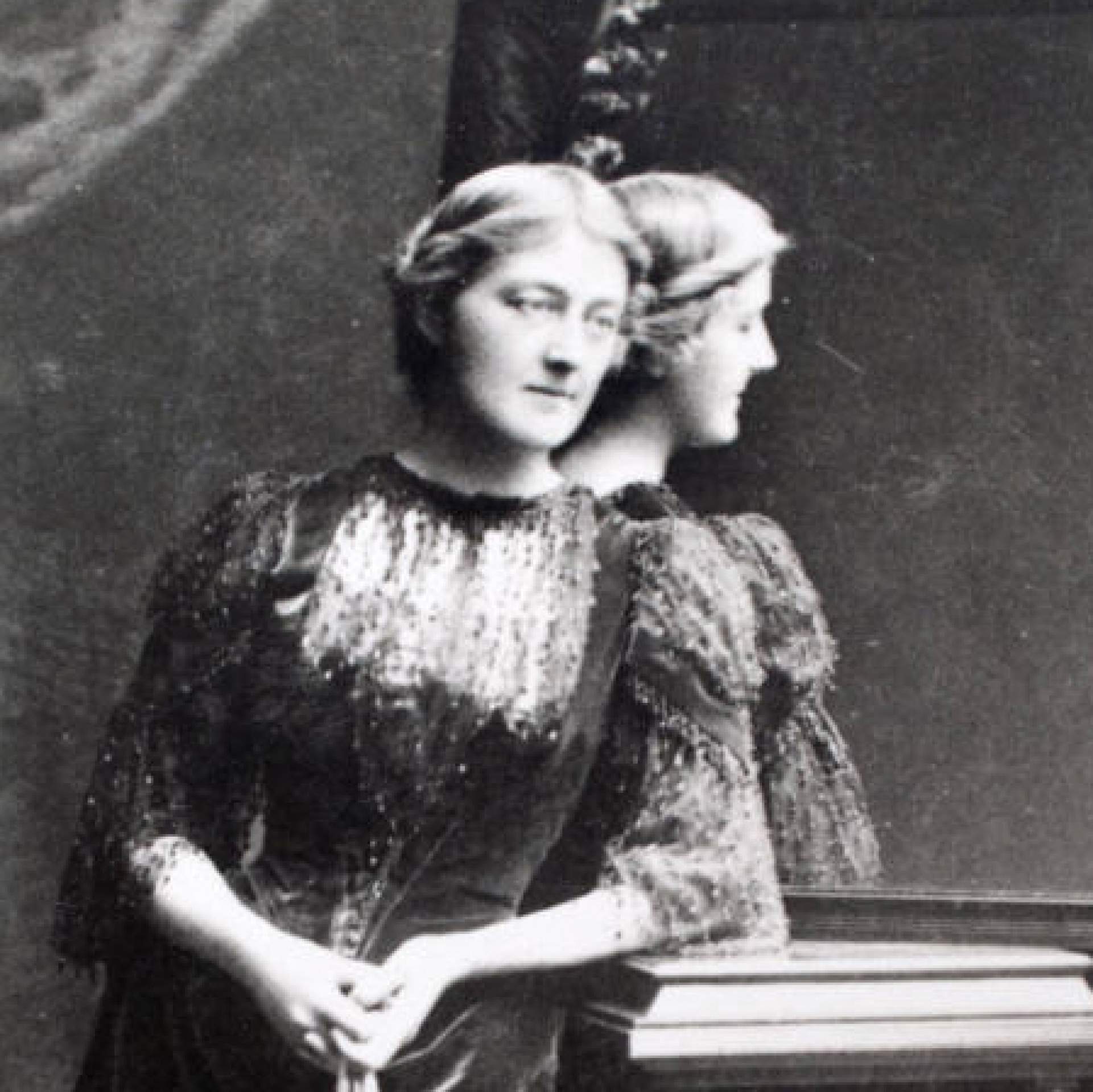 Alice Russell Glenny was a painter, sculptor and graphic artist who lived on Amherst Street in Buffalo, New York. She was born in Detroit but moved to New York as a young woman, where she studied under William Merritt Chase. She also studied with Gustav Boulanger in Paris. Glenny exhibited four designs at the 1901 Pan-American Exposition, including her original design of The Maid of the Mist that was reproduced on the cover of a booklet for the Board of Women Managers.

Glenny was the president of the Twentieth Century Club of Buffalo on Delaware Avenue, from 1899-1900. She was instrumental in the decoration of the interior of the club, designing the carpet on the second floor as well as the wallpaper for several rooms, which was produced by the M.H. Birge Wallpaper Company. She started a series of murals depicting the seven ages of women and related themes for the music room at the club in 1900. The last panel of the mural was completed and installed in 1920 when the room was renamed the Alice Glenny Room. Glenny was also President of the Buffalo Society of Artists in 1893-1894, 1903-1904 and in 1096-1908. Her prints and posters are included in the collection of the Metropolitan Museum of Art.