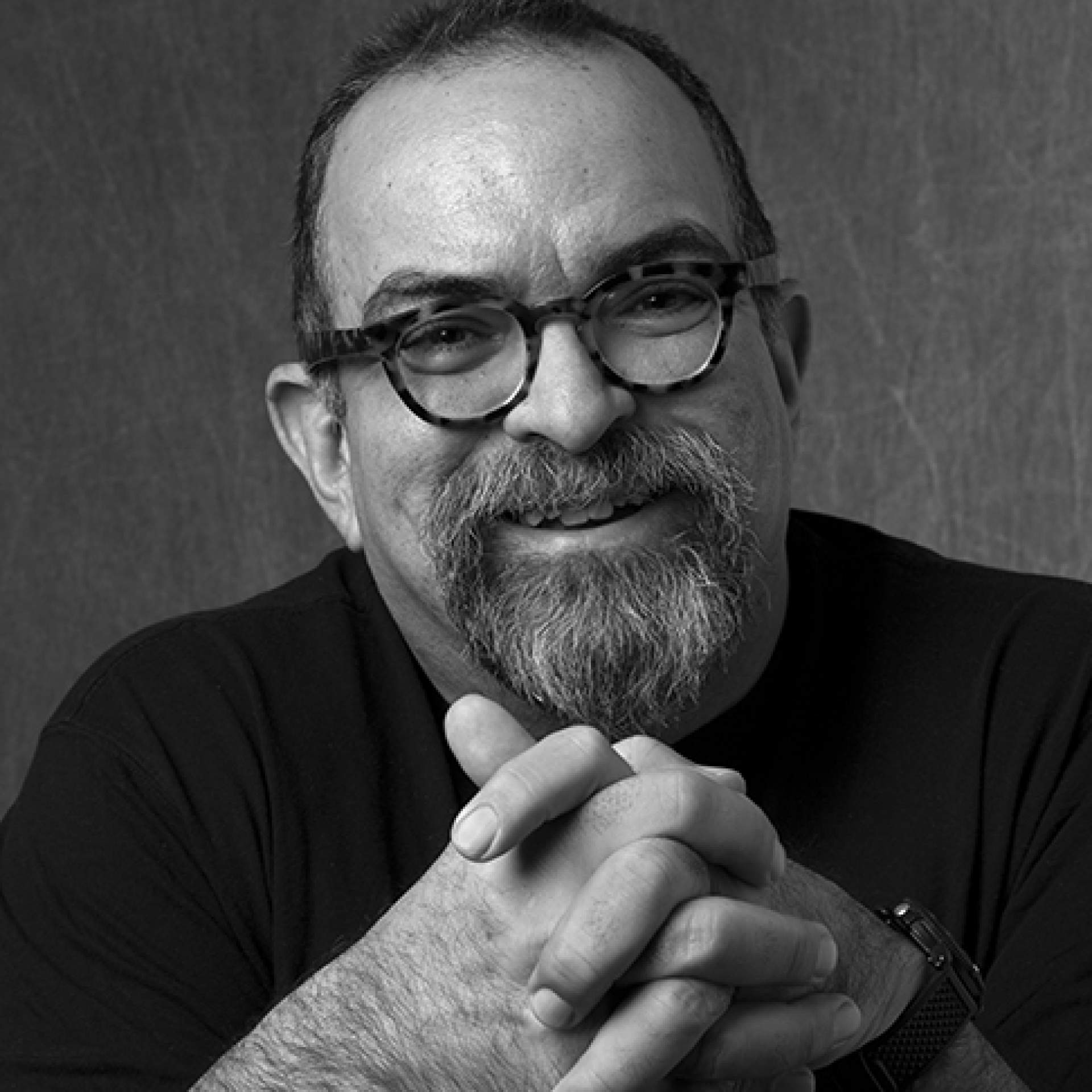 Alberto Rey is part of the Living Legacy Project at the Burchfield Penney Art Center. Click here to listen to his artist interview.

Alberto Rey is an educator, painter, and filmmaker whose work sometimes borders on sculpture and installation. He was born in Havana, Cuba in 1960,  received  political asylum through Mexico in 1963, and moved to Miami, Florida in 1965. In 1967, his family relocated to Barnesboro, Pennsylvania. He lived in this small coal-mining town until 1982 when he finished his B.F.A from Indiana University of Pennsylvania after attending the Art Institute of Pittsburgh.

After graduation, Rey lived in Boston, Massachusetts, for a short period before heading to Miami to work on Christo’s Surrounded Islands Project. He then moved to Hollywood, Fla., where he worked at Joan of Arts Studio. He returned north to begin his graduate studies at the University at Buffalo, NY. In 1987, he received his MFA in painting and began traveling throughout Spain, Italy, Morocco, and Mexico. During that same year, his work was introduced into the permanent collection of the Burchfield-Penney Art Center. The following year while teaching in Lincoln-Sudbury High School, the Art Institute of Boston, New England School of Art and Design, and the Museum of Fine Arts, he attended courses at Harvard University in contemporary art and environmental studies. That same year, he had his first solo exhibition in New York City at the Museum of Contemporary Hispanic Art (MoCHA) and was also selected into the permanent collection of El Museo del Barrio in New York City.

In 1989, he moved to Dunkirk, New York to accept a teaching position at the State University of New York at Fredonia and married Janeil Strong of Gloucester, Mass. In 1992, his works were selected into the permanent collections of the Albright-Knox Art Gallery, Brooklyn Museum, and Bronx Museum of Art.

In 1996, while at SUNY Fredonia, Rey accepted a position as the director/curator at the Chautauqua Center of the Visual Arts at Chautauqua Institution. Soon afterwards he was appointed to the New York State Council on the Arts and to the Artist’s Advisory Panel of the New York Foundation for the Arts. In 1998, he returned to Cuba for the first time in 36 years. In 2007, the State University of New York’s Board of Trustees promoted him to SUNY Distinguished Professor for Research and Creative Activity, the state university’s highest rank.

Rey's artwork over the past 25 years has been influenced by his Cuban lineage and his attempt to find a sense of identity in a complex contemporary environment. His abstract work from 1982 through 1992 dealt with issues related to layered memories of Cuban iconography and his American experiences. After 1992, his drawings and paintings incorporated realistic imagery as an attempt to make clear connections between his past concerns and art history, regionalism, and bicultural concerns. Since his relocation to Western New York in 1989, he also performed extensive research on local entomology and on the migratory and biological sensibilities of the regional steelhead. In 2000, his reflections on contemporary society started to incorporate environmental issues, perspectives in contemporary art theory and art history, biology, and society’s disconnections with nature. At that point, he also began to work in film and video. His research has taken him throughout the United States, Wales, England, Isle de Saintes (Antigua), Aruba, Mexico, Spain, Cuba, Iceland, and Italy.

Rey’s paintings can be found in over twenty museum collections and have been in over 130 exhibitions. His films/videos have been screened nationally and his illustrated articles and artwork have graced the covers and pages of Gray’s Sporting Journal, Art of Angling Journal, Fish and Fly Magazine, American Angler, Saltwater Fisherman and Buffalo Spree. In 2012 he was designated a Living Legacy artist by the Burchfield Penney Art Center.

He has also combined this recent research with his interest in sharing the spirituality of fly fishing to become an Orvis Endorsed Fly Fishing Guide and the founder and director of the S.A.R.E.P. Youth Fly Fishing Program.

Alberto Rey and his family live in Fredonia where he works in his studio/barn, guides on the steelhead stream behind his home, and continues to teach in the Department of Visual Arts and New Media at the State University of New York at Fredonia.

Listen to Alberto Rey’s interview with Heather Gring of the Burchfield Penney Art Center. Hear him discuss his career as a student, teacher, and artist. He traces his road to becoming a professional artist from copying images he found in art history books, to obsessing over the illustrations in Mad magazine, and finally to deciding on going back to school for fine arts and finding his passion in teaching. Rey is able to give advice to artists from an academic standpoint while being the working class Cuban-American he is. Rey lives on the line between high and low art; since both cannot be done, the artist must find a balance and paint what he/she knows. Rey refers to the working artist as being an “aesthetic construction worker;” an artist must work on his/her art every day and not wait for inspiration.

Tune in to hear the professor’s advice on the best fine arts programs out there, how to choose, and ways to be both a personally fulfilled and successful artist afterwards.

This episode is avaailable for download on iTunes and Stitcher.