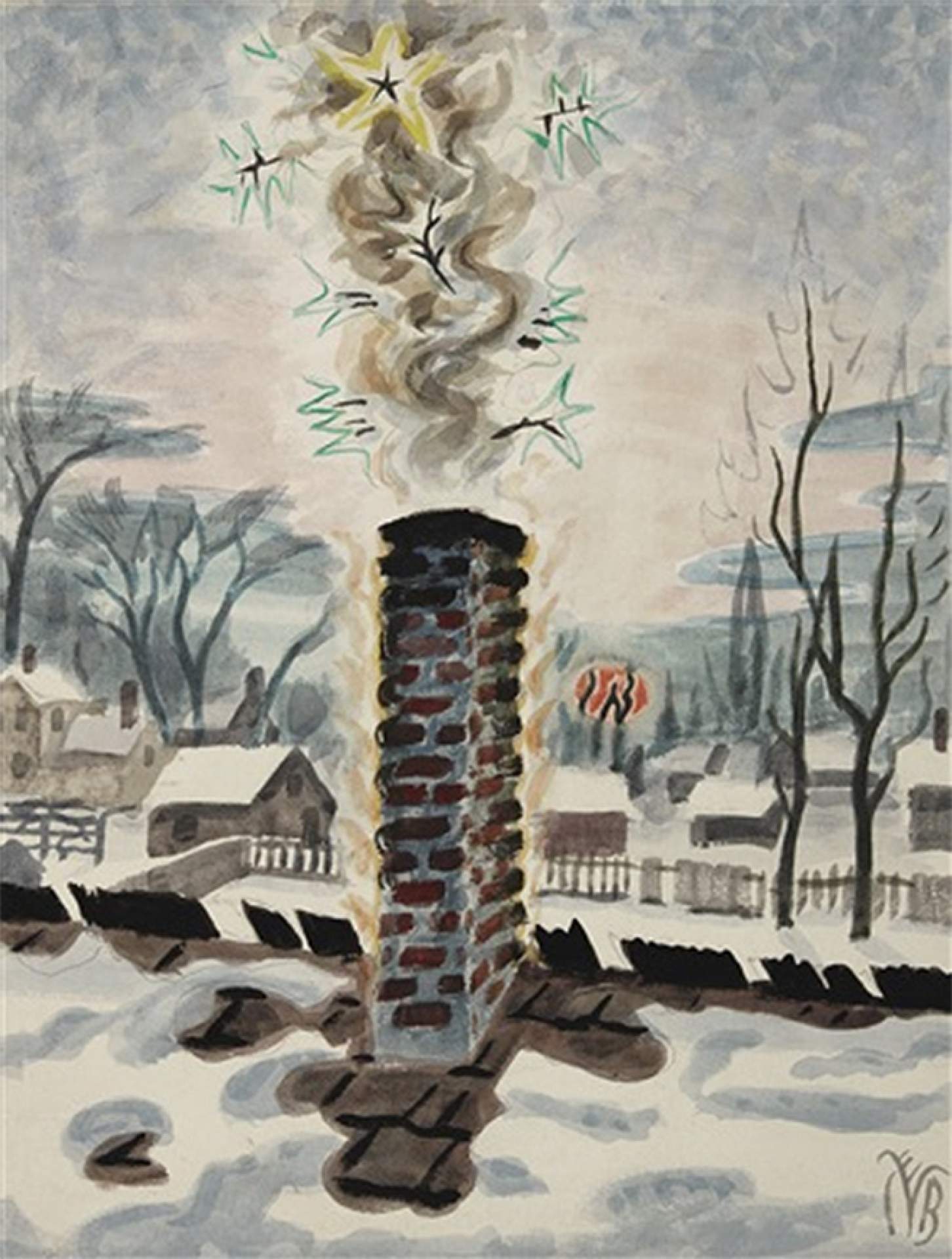 Watercolor on paper for Christmas card based on a 1920 painting

The small water-color “October Wind & Sunlight” (painted Nov. 1) sold to Katharine Fowler of Elyria for $250- (a Christmas present to her sister). She had written to Louise, who passed the note on to me. After we had determined on the price, I sent her two small drawings with color notes – and she sent back her check immediately – would that there were more like her.

A correspondence with Samuel Golden by means of which our differences (mostly fancied) were cleared up. He said that if I could get him a design reasonably soon it could be included in the 1951 group. So I made a small water color based on a 1920 sunset on Christmas day, with Weaver’s chimney in the foreground. I called it “Christmas Chimney” –

M.A. is bringing her friend (Ernst Lipfert) home for Christmas – (an invitation from Bertha accepted by him. Sally & Red are coming with their family – (Sally is to get the turkey & stuff it.)

A walk this morning to the other end of the village – thinly clouded sky, with hint of sunshine. Moderately cold. Coming back I was fascinated by the large flock of pigeons that live on Ball’s place. They were just alighting on Young’s roof – seen thru a screen of silver maples, their tumbling bodies made beautiful patterns. Almost at once, something startled them and they flew up again and began a series of wide circles. The beauty of their mysterious one-ness of motion is one that never fails to thrill me.