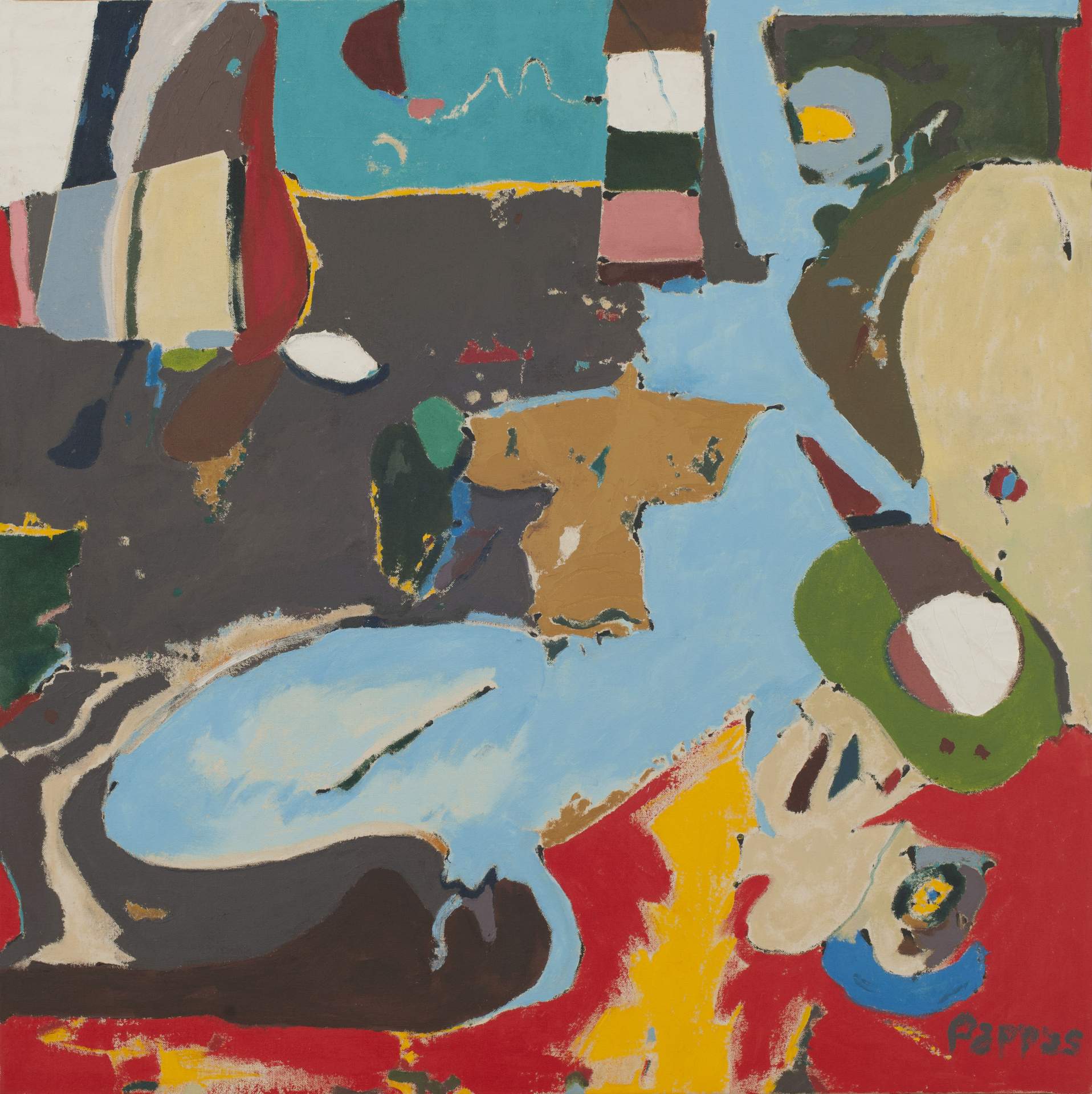 James G. Pappas is an internationally recognized visual artist and educator. He credits his mother for encouraging him to pursue art, and his musician aunt and uncle for inspiring his lifelong love of jazz (or “black classical music” to use his preferred term), which has influenced his approach to painting and drawing. His improvisational style corresponds to rhythms and chord patterns, especially stimulated by musicians John Coltrane, Charlie Parker, and Sun Ra. The source of his colors and patterns, he says, “comes from the discovery of everyday matter in our universe.”

On scholarships, Pappas attended the Rochester Institute of Technology associated with the Memorial Art Gallery, and St. Augustine’s College in Raleigh, North Carolina, where he studied with James Herring from Howard University. Unfortunately, he also faced Southern segregation which caused him to question the socio-political realities of American life. At SUNY/University at Buffalo, he earned his B.F.A. and M.F.A., and became Associate Professor of Transnational Studies. During the same period he co-founded the Langston Hughes Center for the Visual and Performing Arts in Buffalo’s inner city with fellow artists Allie Anderson, Wilhelmina Godfrey, and Clarence Scott. He has had over 50 exhibitions in the United States, Canada, and Europe, and has received awards for his work and community service. —NW