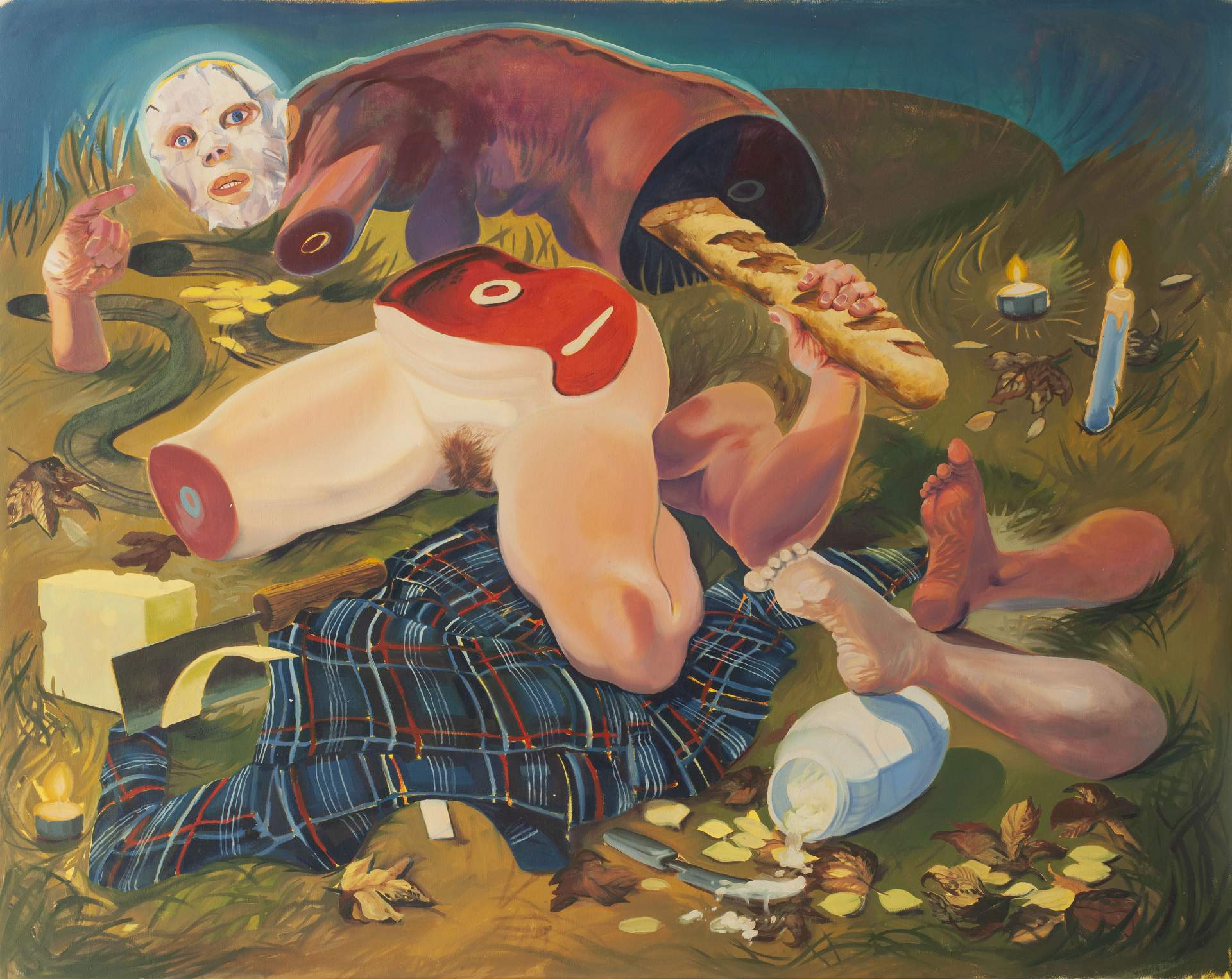 Cheat Day in the Park

Courtesy of the artist

A dystopian future unfurls in broad strokes across Margaret Schrecongost’s paintings–the contours of an oft-told story laden thick with edifying significance. While the narrative details are drawn loosely, to flex and fit the life of a mythology as it expands, the recurring motif of junk food staples, mysteriously passed between figures as both currency and coded message, acts like a strange balm soothing agitated tableaus. Appearances of french fries, hot dogs, or onion rings– each of them significantly devoid of nutritional value–still seem uncannily fresh and remarkably unspoiled. The rendering of their “wholeness” provides a contrast to Schrecongost’s figurative malaise, where figures exist most often as parts or in pieces.