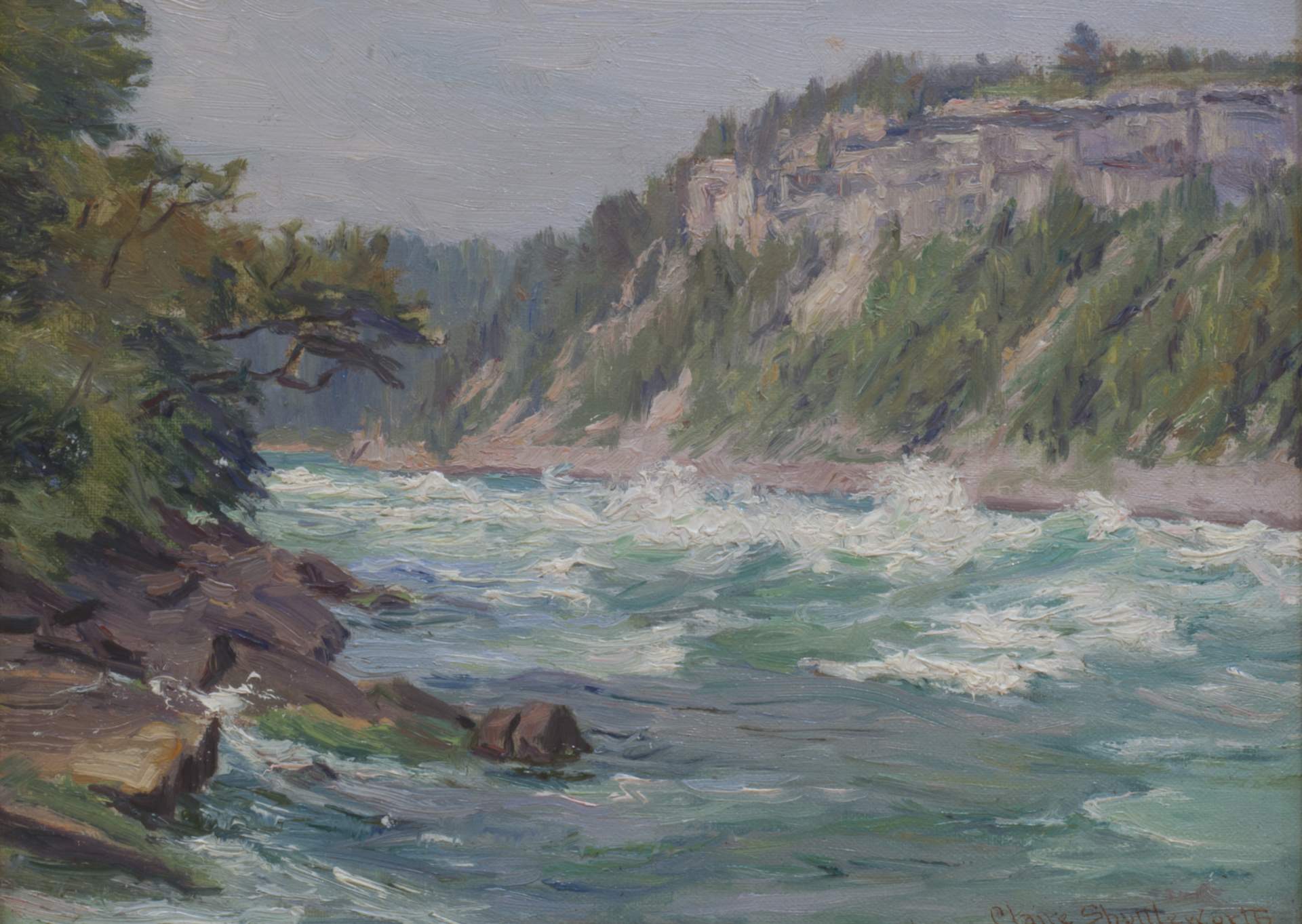 ­In this painting, the Whirlpool Rapids, and their turbulent waters can be seen plunging through the Niagara River Gorge.  The natural beauty of the scene, devoid of any man-made structures, stands in contrast with other Shuttleworth paintings included in this exhibition

Not far down river the first major battle of the War of 1812 in the Niagara Theatre occurred on  October 13, 1812 when British regular forces, Canadian militia, and their Native allies, repulsed an American attempt to establish a toe-hold on the Canadian frontier.  Together, the two sides sustained more than 1,000 casualties, killed, wounded and captured.  The Battle of Queenston Heights also cost the British their commander in Upper Canada, Sir Isaac Brock.

The 185 foot Canadian monument to Brock on Queenston Heights is a well known local landmark.  This is in fact the second column to serve this purpose.  The initial monument was completed in 1824, but was blown up by a political agitator in 1840.  The current monument was began in 1853 and was inaugurated in 1859.