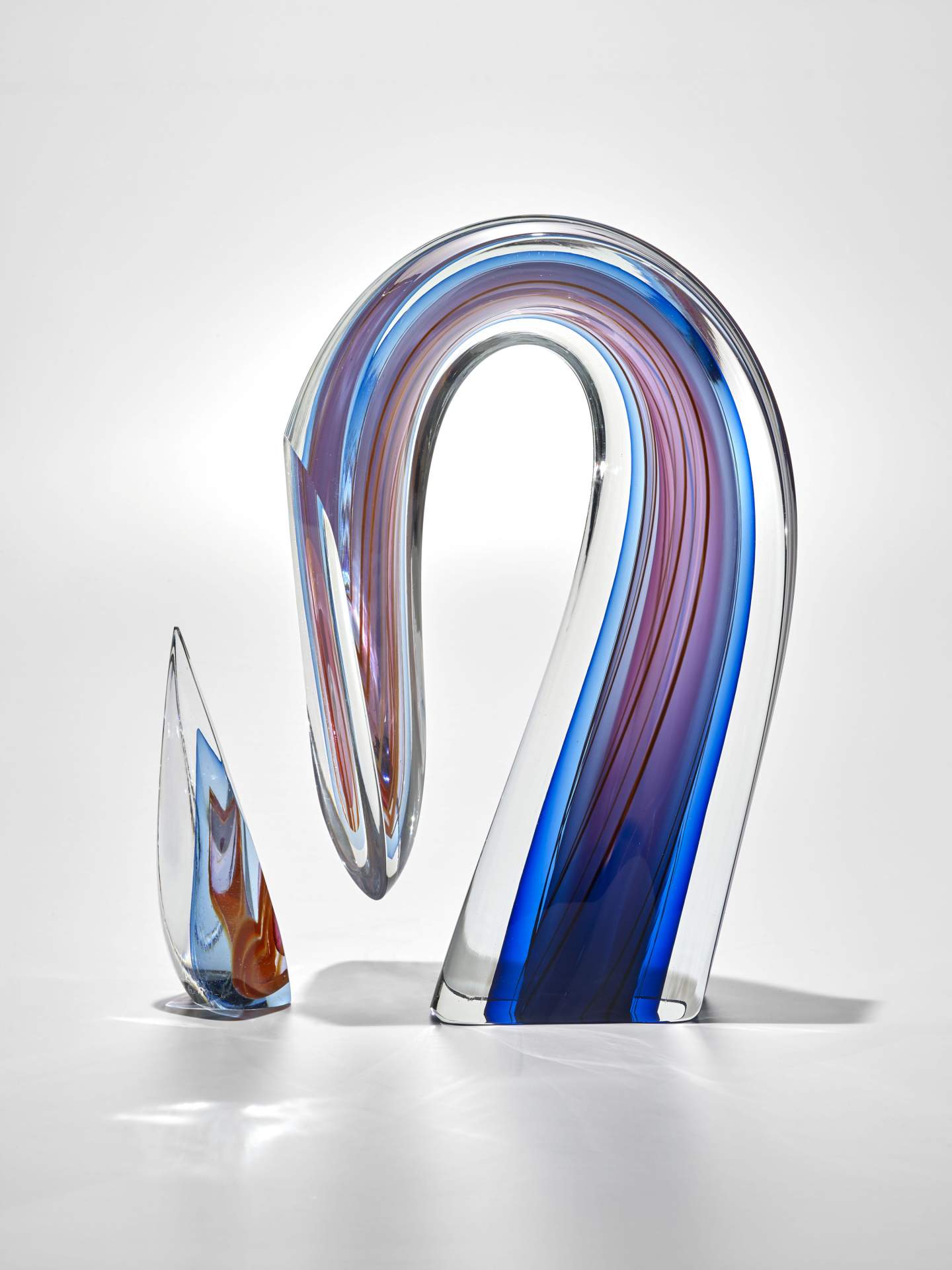 Arc, from the Topological Geometry Series

Gift of Stan and Judi Lipsey

Glass pioneer Harvey Kline Littleton is credited with changing the field of glass-blowing from a technical field dedicated to functionality to a sculptural art form. His father, Dr. Jesse T. Littleton, developed Pyrex glassware as Director of Research for Corning Glass Works. After starting in the field of physics, Harvey pursued the aesthetic side of glass and ceramics. He studied in the U.S. and cast his first glass sculpture, a torso, before serving in the U.S. Army Signal Corps. He took classes in England, returned to Corning, and finished his degree in industrial design at the University of Michigan. Research in Spain, Paris, Naples, and Murano in the 1950s encouraged him to work independently. He received national recognition for his expertise leading glass-blowing and low-melting glass workshops for the American Craft Council.

Almost by accident, Littleton conceived of a non-functional sculptural glass form in 1963 after he melted and refinished a broken piece. Next he allowed gravity to help form stretched shapes. In 1978, his Solid Geometry series comprised forms “cut into trapezoidal, spheroid and ovoid shapes and highly polished.” Increasingly complex works in the 1980s involved layers of hot-worked glass, sandblasting, cutting and encasing fluid. One of Littleton’s most accomplished two-part sculptures, Arc, is from his final Topological Geometry Series. —NW