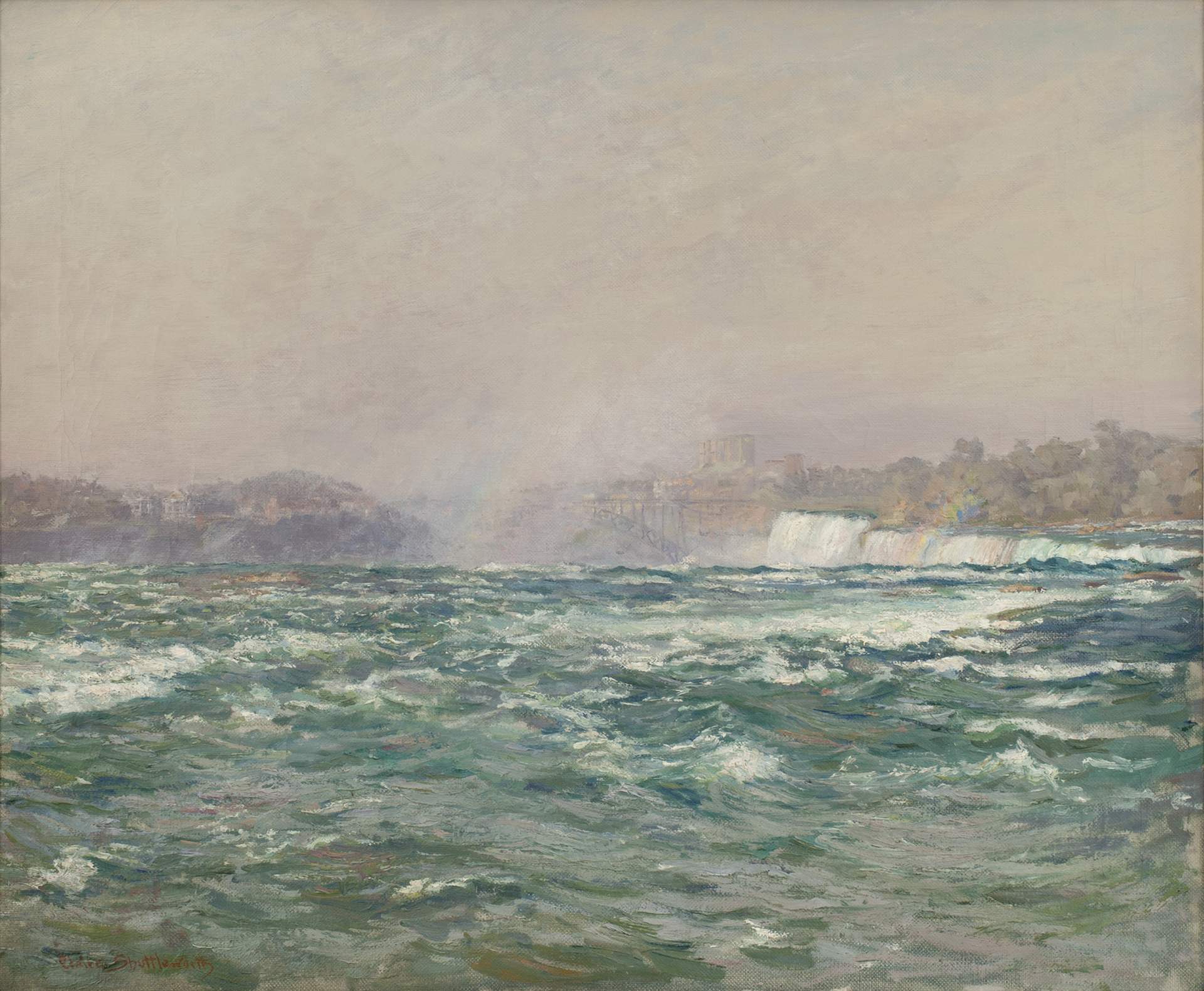 Gift of John and Carol Kociela in honor of Jeffrey Thier and Grant Paulsen, 2016

Claire Shuttleworth became known as the “Painter of the Niagara,” producing more than 100 paintings of Niagara Falls and the Niagara River and Gorge, which included their awe-inspiring beauty and power as well as the imposition of industry. She was determined to depict all aspects of the waterscape that she lived by—particularly the “pearly, elusive quality” missed by outsiders. Shuttleworth saw the Niagara River as “a great orchestral, symphonic poem” whose “tossing magnificence and glory” was changing due to pollution; hence her determination to capture views for future generations. In 1920 the Buffalo Fine Arts Academy presented a large exhibition from her series at the Albright Art Gallery.

Shuttleworth studied at the Buffalo Art Students’ League under George Bridgeman, continuing in New York, the Academie Vitti in Paris, and in France and Italy with Frank Vincent DuMond. Her artwork was exhibited internationally, beginning in Paris in 1896. Around 1900, she returned to a house with a studio on Elmwood Avenue. Her artwork was included in major expositions in Buffalo (1901), St. Louis (1904), and San Francisco (1915). In 1910, she built a summer studio in Chippawa, Ontario that she called, “Minglestreams,” nearby “the whirling eddy caused by the union of the Niagara and Welland rivers.”  —NW