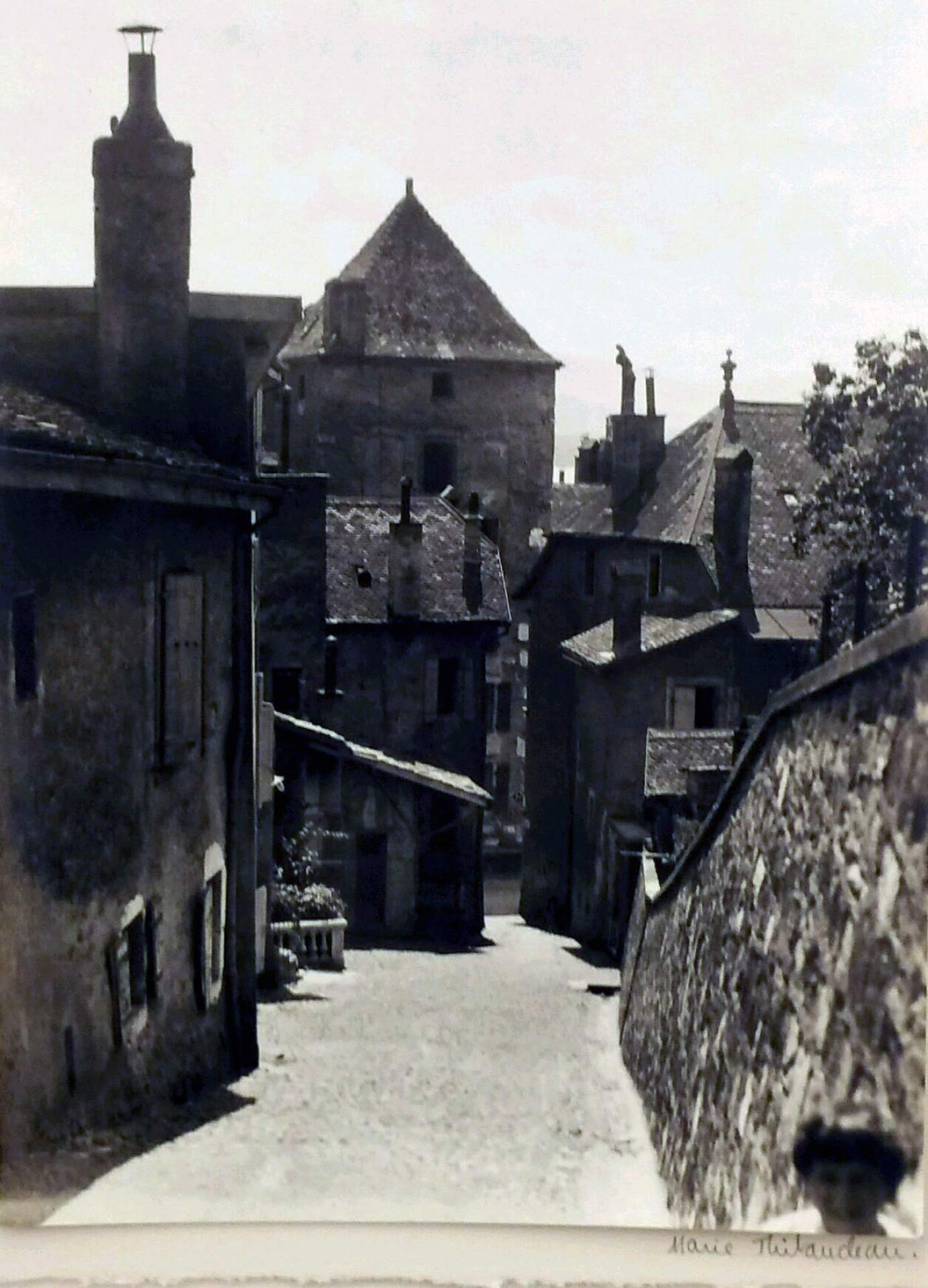 Caesar’s Tower in Nyon, Switzerland is dated to the 11th century. The medieval tower served as fortification for a castle. Originally founded as a Roman colony as Noviodunum or Noiodunum, Nyon also had a basilica, forum and amphitheater that were discovered in 1996 during construction excavation.

Conservation treatment done in 2016 by Alumna & Paper Conservator Laura Schell, 1997, when she was sabbatical professor for Judy Walsh