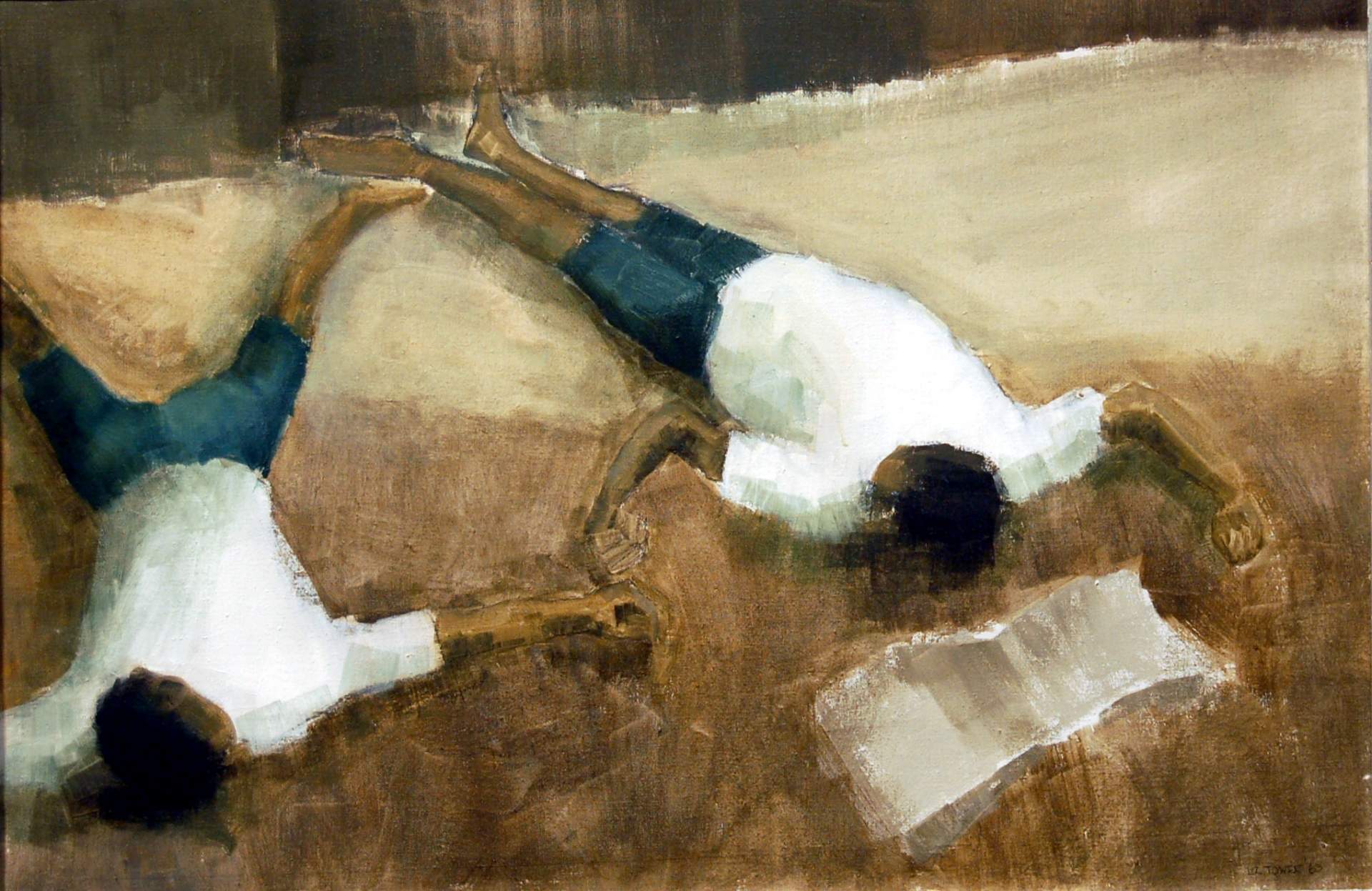 Birmingham is a bold socio-political statement about the Civil Rights Movement. 1963 was a turning point, especially in Birmingham, Alabama. On April 16, Martin Luther King was arrested for his involvement in anti-segregation protests. Televised news reports in May of police using fire hoses and police dogs against black demonstrators stirred more sympathy for the civil rights cause. Tower’s painting appears to be a reaction to these events and possibly others occurring in the following months. On June 12, NAACP field secretary, Medgar Evers, was murdered outside his home in Jackson, Mississippi. On August 28 around 200,000 people participated in the “March on Washington” and heard Martin Luther King deliver his famous "I Have a Dream" speech by the Lincoln Memorial. On September 15 in Birmingham four young girls (Denise McNair, Cynthia Wesley, Carole Robertson, and Addie Mae Collins) were killed by a bomb while attending Sunday school at the Sixteenth Street Baptist Church, which had served as a location for civil rights meetings. Riots erupted, leading to the deaths of two more black youths. Tower’s depiction of two prone black figures symbolizes the period’s abuse. --NW