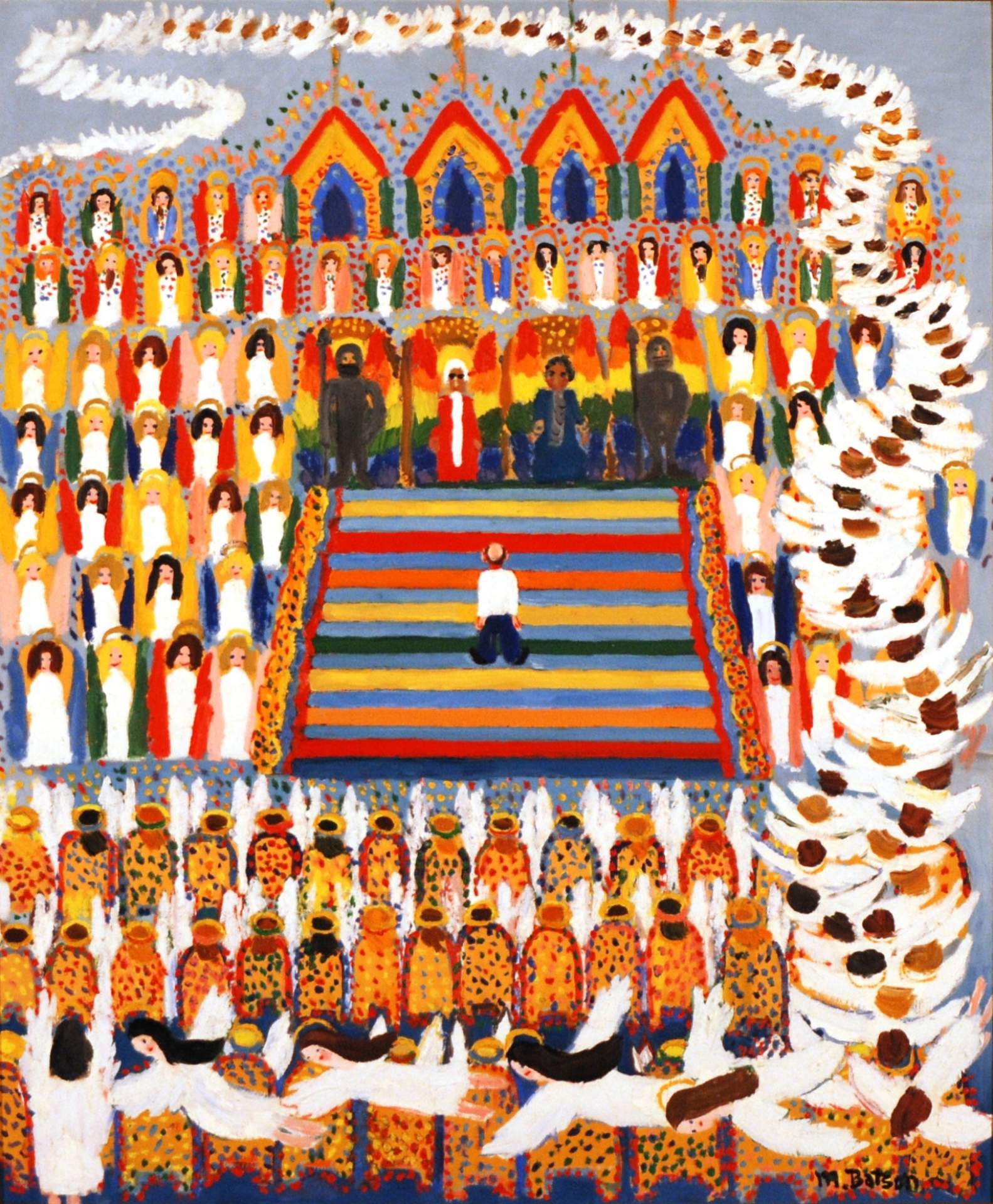 In Chapter IV of "Captain Stormfield's Visit to Heaven" by Mark Twain, a presumptuous "barkeeper from Jersey City" expects that there will be a spectacular reception upon his entry to heaven. Angel Sandy McWilliams explains to newcomer Captain Stormfield that they like to humor these requests whenever possible. Batson's colorful rendition of the humorous story portrays the pageantry of a colorful procession of angels as the barkeeper approaches the Grandstand. The chapter deserves a full reading; but a few paragraphs convey Twain's tone:

"This barkeeper got converted at a Moody and Sankey meeting, in New York, and started home on the ferry-boat, and there was a collision and he got drowned. He is of a class that think all heaven goes wild with joy when a particularly hard lot like him is saved; they think all heaven turns out hosannahing to welcome them; they think there isn't anything talked about in the realms of the blest but their case, for that day. This barkeeper thinks there hasn't been such another stir here in years, as his coming is going to raise.—And I've always noticed this peculiarity about a dead barkeeper—he not only expects all hands to turn out when he arrives, but he expects to be received with a torchlight procession."

"I reckon he is disappointed, then."

"No, he isn't. No man is allowed to be disappointed here. Whatever he wants, when he comes—that is, any reasonable and unsacrilegious thing—he can have. There's always a few millions or billions of young folks around who don't want any better entertainment than to fill up their lungs and swarm out with their torches and have a high time over a barkeeper. It tickles the barkeeper till he can't rest, it makes a charming lark for the young folks, it don't do anybody any harm, it don't cost a rap, and it keeps up the place's reputation for making all comers happy and content."