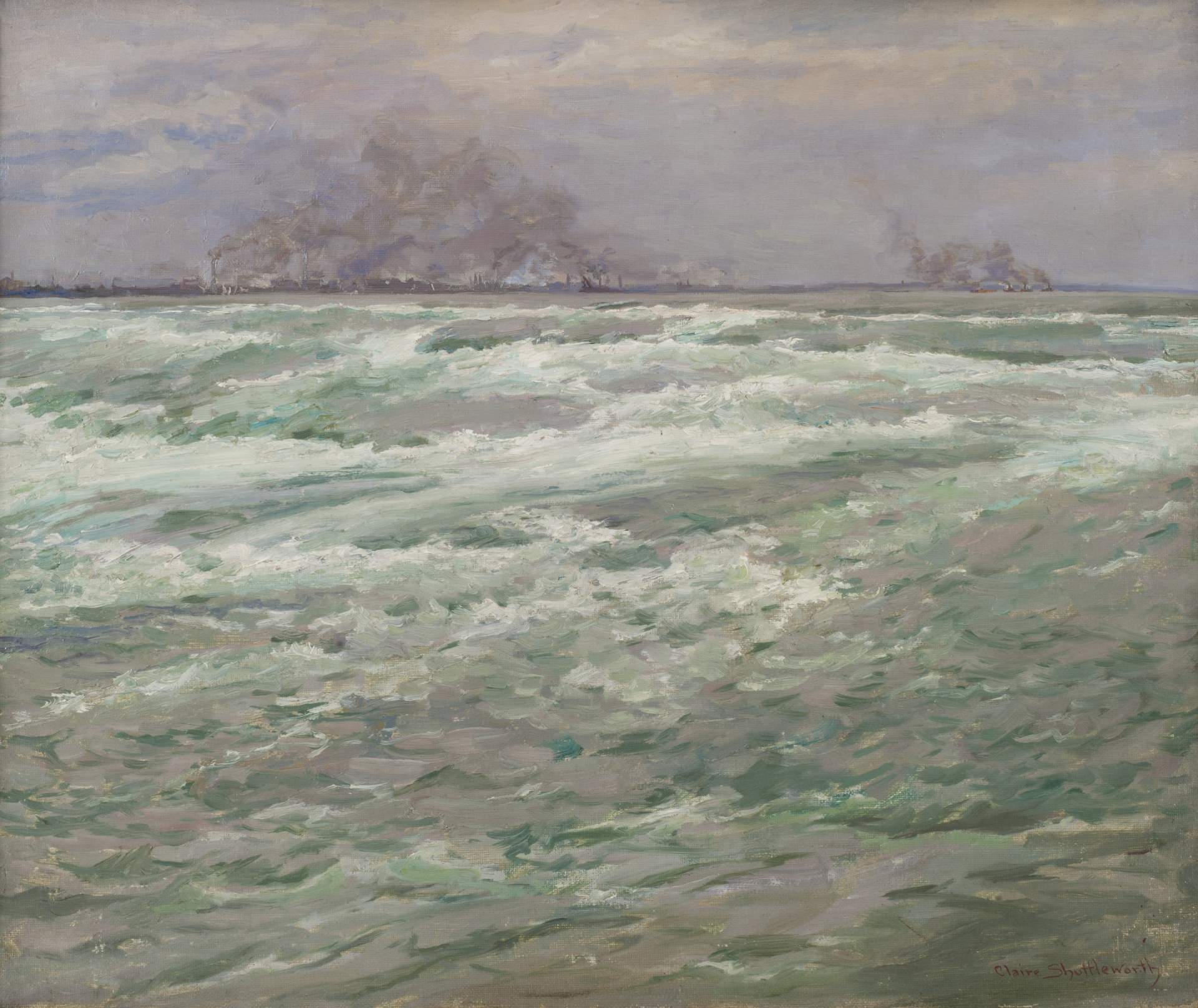 The distant smoke depicted in this painting would have been rising from the Hooker Electrochemical Company in Niagara Falls, which started operation in 1906.  During World War I, the facility produced large amounts of monochlorobenzol and picric acid which were used to make explosives for the military. Hooker was purchased by the company now called OxyChem in 1968.  Dumping of waste by Hooker was the cause of the Love Canal crisis which emerged in 1976.

Nearly a hundred years earlier, smoke would have been seen on the opposite shore (not depicted here). On July 5, 1814 at the Battle of Chippewa United States forces under the command of Brigadier General Winfield Scott reaped the benefits of Scott’s recent reforms in the training of professional troops, and scored a decisive victory. However, the British controlled the Upper Niagara and reinforced a key strategic point at Lundy’s Lane. There, on July 26, one of the bloodiest battles of the War of 1812 took place.  More than 250 men were killed in action, and together, the two armies suffered in excess of 1,500 total casualties in the British victory.