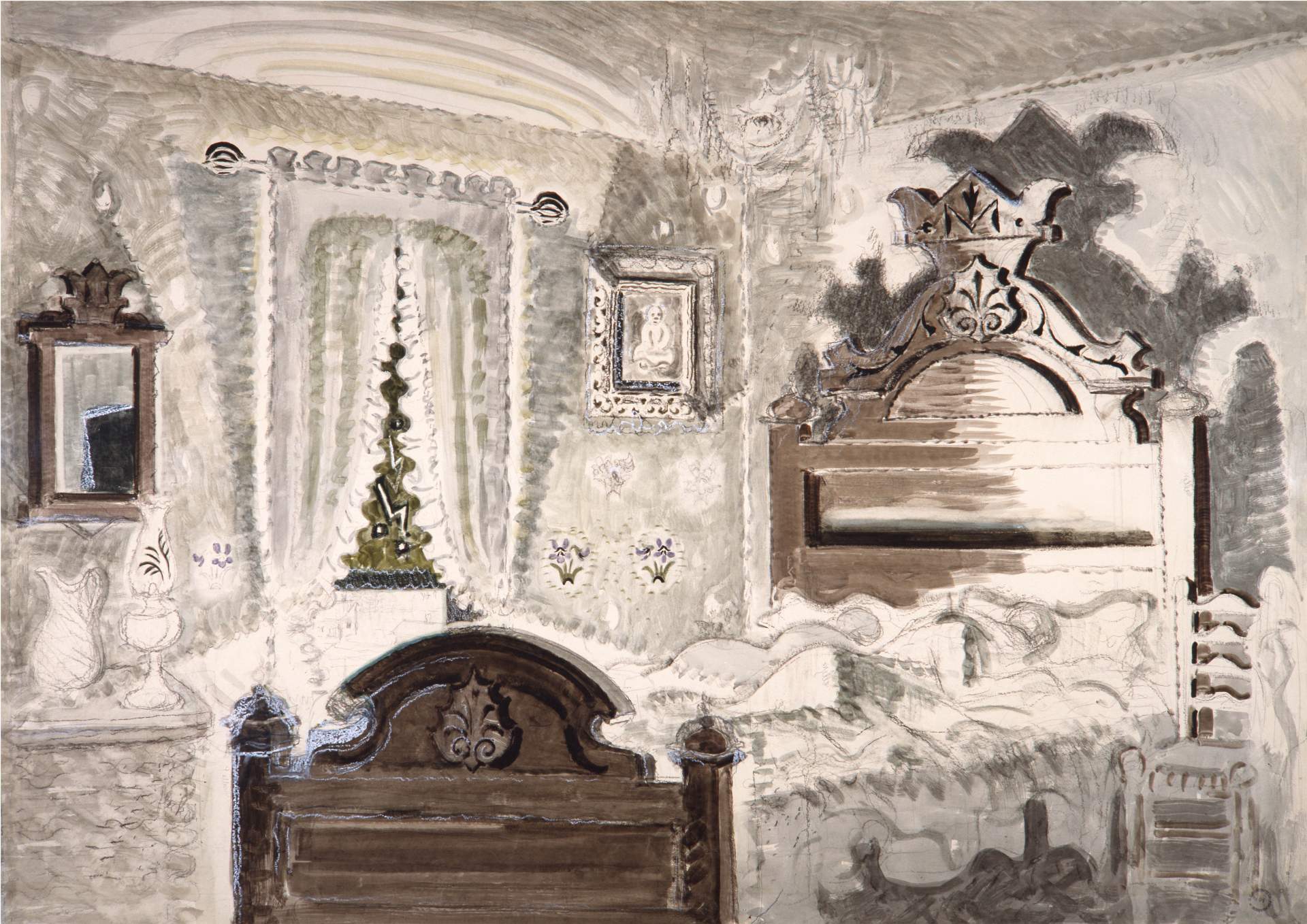 The Walnut Bed represents an unresolved painting nearing completion. During one week In December 1956, he made “a large tracing of the original cartoon” and prepared the board and watercolor paper he wanted to mount “under the tracing paper.” Then he was side-tracked by “making a new drawing of the crown of the bed – and decided to elaborate on it, creating my own design, but in the Victorian Bedstead manner—” Recovering from illness, he marveled that “it has been a long time since I have worked with so much assurance and vigor —”

In a 1957 interview he explained his process:

I often reread my journals to see how an early half-expressed idea has sometimes grown into a painting. Long ago, in the 1930’s, we visited my wife’s old Ohio home. I was impressed by a great black walnut bed. I did several studies of it…cartoons, I call them…just sketches to experiment with an arrangement of objects for a possible painting. I went back to the idea every few years. I wanted to paint it, but I could never get the cartoon right. Then at Christmas last year I had the perfect vision of how that room should be painted, and I started on it…twenty-five years later!
--NW