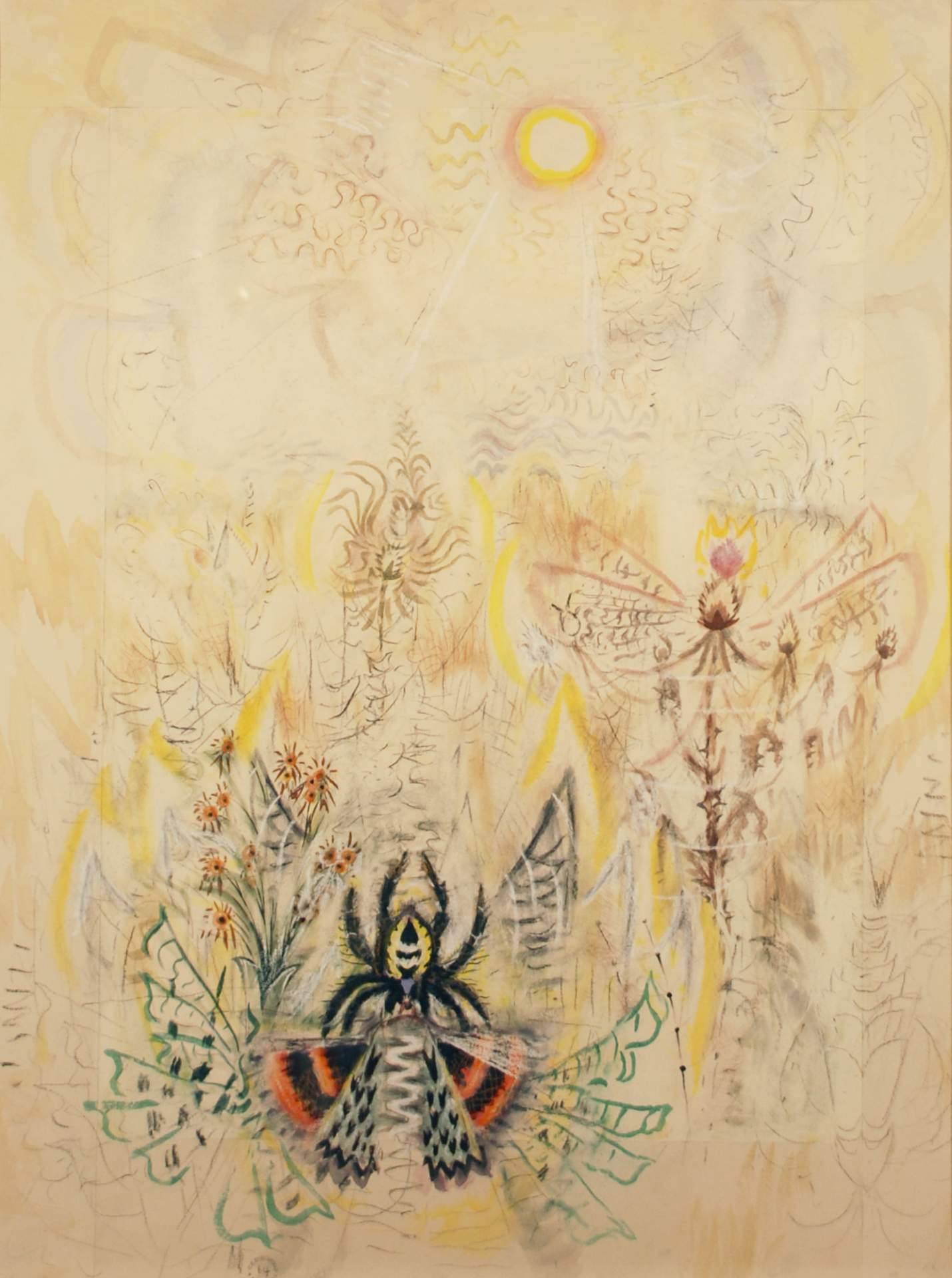 watercolor on joined paper mounted on board

Gift of the Burchfield Foundation, 1974

Burchfield's later masterworks are highly complex watercolors often composed of multiple sheets of paper.  They often took years to complete. Spider and Grasshoppers is a revealing, instructive example of a work in progress. Considered a finished, signed and dated work in 1948, it had been exhibited in New York at the Frank K. M. Rehn Galleries. Burchfield remounted and enlarged the 34½ by 25½-inch painting on August 24, 1962, with the intent to change it "considerably." On each of the four sides he added border strips measuring approximately four to five inches in width. He scrubbed out the grasshoppers that had featured prominently in the original painting. Small sections of the paper are visibly roughened by the abrasive actions.

What had been an airy, unfocused composition was well on its way to becoming a formidable image of a golden orb weaver spider (Miranda) eating a scarlet underwing snared in a much larger web. Wildflowers, such as fleabane and thistles, were lightly painted in the middle ground with medium toned greens, pinks, and browns where scarcely defined grass had been before. The magnified imagery was already beginning to be edged with cadmium yellow flame shapes. A parching summer sun was placed prominently where none had existed.  Its preliminary concentric circles of pink and yellow watercolor pulsate, while conté crayon heat waves and insect sounds fill the sky. White chalk marks cover details, such as the outer edges of the moth's wings, revealing Burchfield's planning process. The pale tones in three-quarters of the unfinished painting contrast with the vivid colors already applied to the insects, giving credence to the argument that Burchfield slowly constructed his watercolors with strata upon strata of pigment.